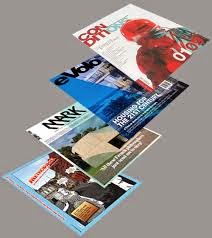 Conditions Magazine | Issue 0109 | 96 pages
My favorite cover of these four publications features a gorilla in a spacesuit, an appropriate image for an issue with the theme "Strategy for Evolution." Magazines with themes usually have a hard time in getting authors to stick to topic, but here the editors do a good job of presenting various viewpoints on the subject from people in a variety of disciplines. (Unfortunately the editors don't do such a good job with the English copy, though I'll only mention it as something to improve on future issues.) The independent Scandinavian quarterly on architecture and urbanism features articles by architects and urbanists, but also a landscape architect, artist, engineer, and a professor in psychology. So with this wide-spanning input, what are the strategies for evolution? Primarily they deal with issues of sustainability, certainly not a surprising revelation. Nor is the role of technology in dealing with the same and other issues. Many strategies are echoed elsewhere, so the value of the magazine is grouping different viewpoints together rather than finding novel solutions to big problems. And even though the magazine focuses on Scandinavia as a region and as the primary -- but not exclusive -- source for authors/architects, the choice of subjects and the tactics for exploration are more universal. The highlightss in this issue are the interviews, where the editors steer the conversations in directions that illustrate their own points-of-view, all the while taking advantage of the personalities involved.

eVolo Magazine | Issue 01 | 176 pages
The twice-yearly architecture and design journal by the sponsor of housing competitions launched last month at the Storefront for Art and Architecture. Given the background of eVolo, the topic of the magazine's first issue is not a surprise: housing for the 21st century. An image of Herzog & de Meuron's 56 Leonard Street project in Manhattan graces the cover. Inside are more projects by more big names, including BIG, Steven Holl, Asymptote, and OMA. To feature projects that have already littered architecture blogs, in many cases with PR text, would guarantee the magazine would receive short shrift from aware readers. But fortunately projects by Chile's Elemental, Terreform 1, Little, and others, as well as commentaries on housing accompany the superstars. And that 's just the first half. Making up the remainder are projects from eVolo's 07 Housing Competition, which explored new ideas for new housing using new technologies. While the "new" of the competition probably won't come close to having the same direct impact on the urban fabric as the projects in the first half of the magazine, at least here they share the same space and exposure.

Mark Magazine | Issue No.20 | 224 pages
Previously I featured issue No. 17 of the popular Dutch architecture magazine, the first with its new size, graphic design and price tag. The changes have been positive, making the magazine more attractive and affordable, focusing the content on the architecture instead of the graphic design. The diversity of projects and architects in No. 20 is basically what one comes to expect from Mark, with most continents represented and a mix of young architects and familiar names. My favorites include an interview with Pezo von Ellrichshausen Architects (featured previously), Lacaton & Vassal's "void-space" architecture school, Riken Yamamoto's mushroom-roofed laboratory building, and an accountant's office in Hiroshima by Hiroshi Sambuichi. The last, with its small footprint but striking profile, I probably would not have discovered outside of Mark Magazine. Like No. 17 and most likely all issues since, an interview about books on architecture is featured, this time with Yung Ho Chang, a Chinese architect now heading MIT's architecture department. Chang finds inspiration in books outside of architecture, minus Robin Evans, who he calls "the only theorist who has ever made sense -- to me." Now I'm geared to extend my reading of Evans beyond the one essay I've come across. I can thank Mark for that.

MetroBasel Comic | ETH Zurich | 304 pages
Using comics to explain and explore architectural and urban ideas is nothing new. Archigram immediately comes to mind, though the resurgence in the format's use is rooted in technology, the limits of architectural representation, and an appreciation of narrative comics/graphic novels more than the influence of the 1960's British group. ETH Zurich's study of Basel's metropolitan area (MetroBasel) is a good example of how Photoshop can be used to create a comic without artistic talent, at least the kind needed to draw people and action. Take stills of Patricia and Michel from Jean Luc Godard's Breathless, layer them over filtered pics of MetroBasel and drawings from the ETH studio, and a comic is born. Like BIG's Yes Is More, the format helps explain complex ideas to a wider audience. In this case the past, present and future of MetroBasel veers between perspectival views of the city in real and imagined states and presentations of studio projects. Not surprisingly the first is more successful in the comic format, even though the bulk of the work went into the latter. All in all the comic does a good job of conveying the wide-ranging information from the studio. By layering the usual comic elements (speech bubbles, people, etc.) over these other pieces, one can read the product in many ways, skimming the surface -- while still learning something -- or spending the time with the sometimes dense drawings and data to learn that much more.
Email Post
Labels: book-review