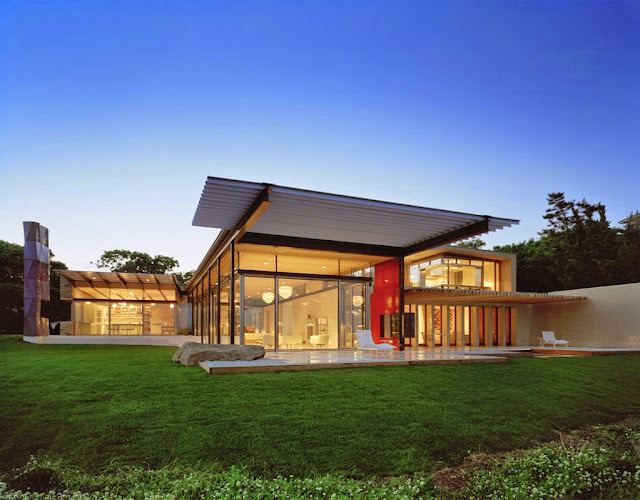 Montauk is the easternmost place on Long Island, an area with fewer than 4,000 residents located over 100 miles from Manhattan and its two-million inhabitants. Its remoteness and natural beauty have made Montauk one of the most popular warm-weather Hampton destinations, in many cases for the rich who can afford a second house on beachfront property. One such example is a main house and guest house designed by Pentagram Architects overlooking the Atlantic Ocean near Hither Hills State Park.

Not surprisingly the main house, a recipient of a 2006 AIANYS Design Award, predates the guest house, a 2009 AIANYS Design Award recipient. The access drive leads to the newer guest house which sits to the west of the main house. Each gestures towards the beach and the ocean to the south, the guest house with its linear plan and the main house with the openness of the living areas and the adjacent outdoor areas. Together they create a private courtyard of sorts, a manicured yard whose vista to the water opens with the splayed plan of the houses.

According to the architects, the two houses are unique yet "share a vocabulary of materials, forms and intentions." The raised bar of the guest house counters the earthbound L-shaped wings of the main house. Within the latter a solid "L" counters the glassy, rotated twin, reflecting the dynamic of the couple who live there. The design embodies mid-20th-century modernism skillfully executed in steel, glass, wood, stone and brick. The most successful spaces veer from the formal simplicity: the writer's studio projecting above the roof and the home theater, the latter a blend of Radio City Music Hall inspiration and Stanley Kubrick.

Easily the guest house is the more striking of the two houses, and not only for its elevated composition. Modeled on a motel's outboard circulation, the courtyard side is a colorful elevation punctuated by perforated guardrails. The opposite facade uses wood louvers for privacy, angled for unimpeded views of the Atlantic. Together these two houses illustrate the success of the owners (a writer and film producer) as well as the appeal of the location, removed from the Big City but right on the Big Ocean. 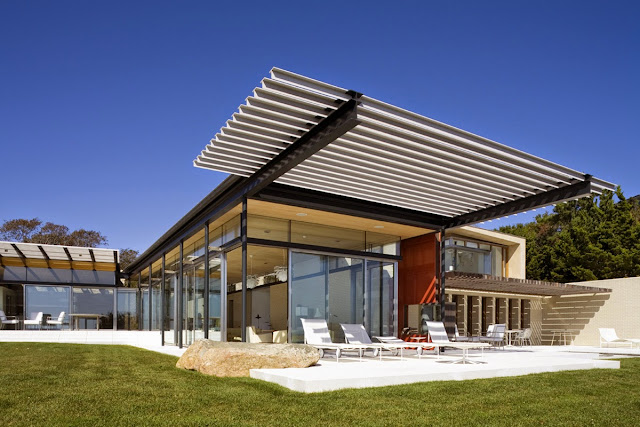 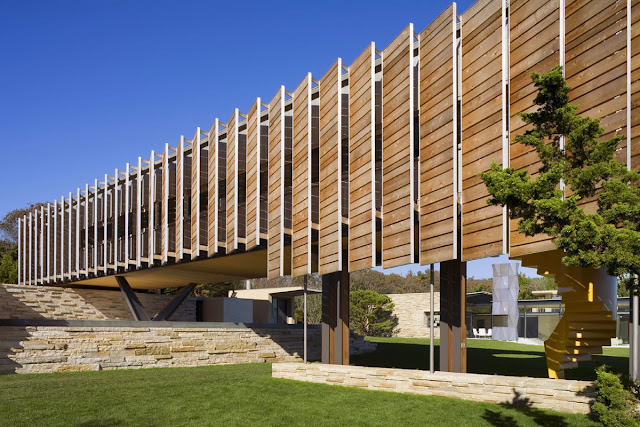 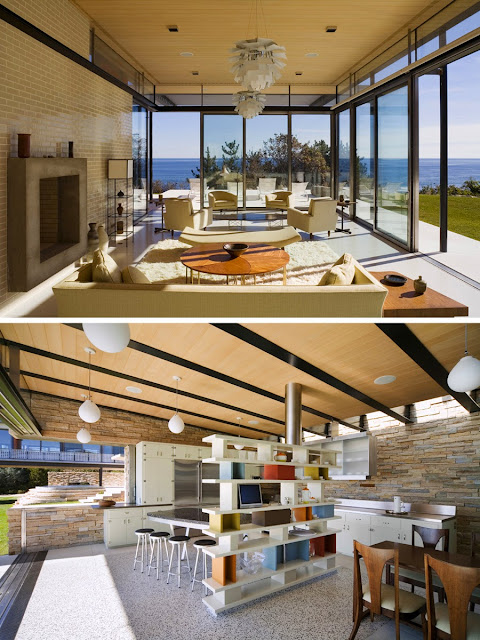 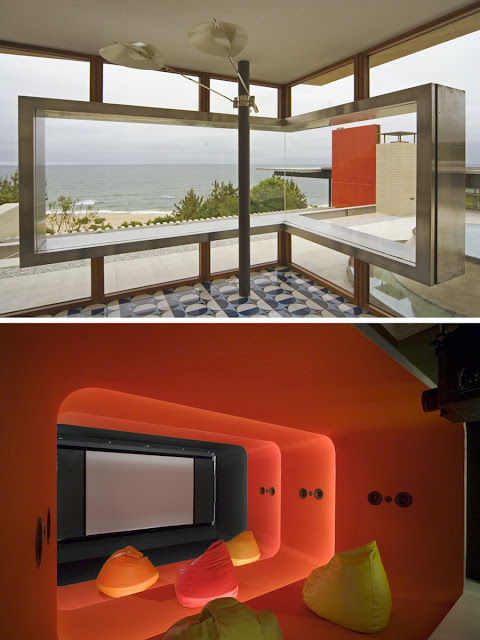 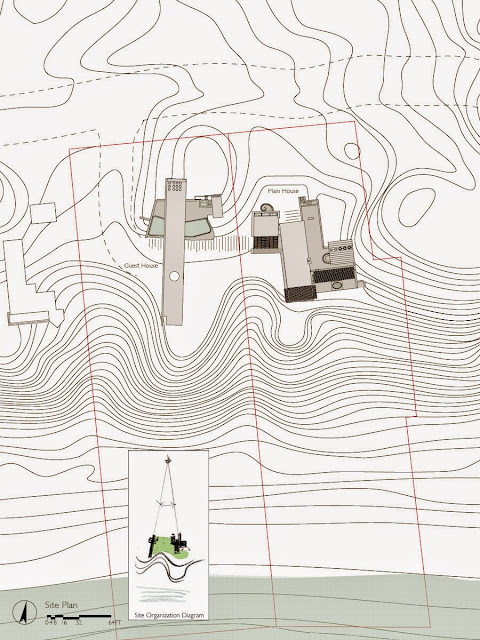 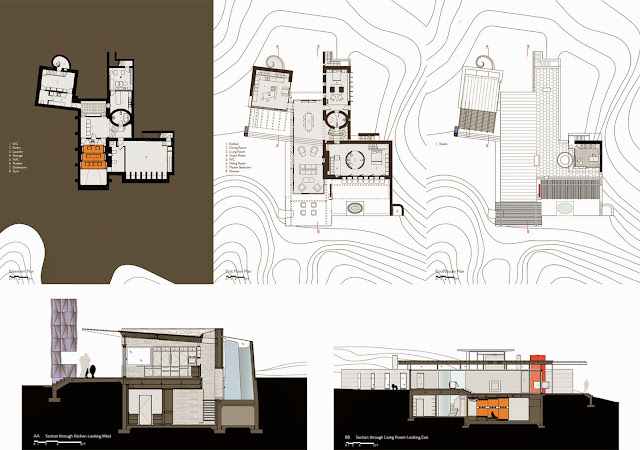 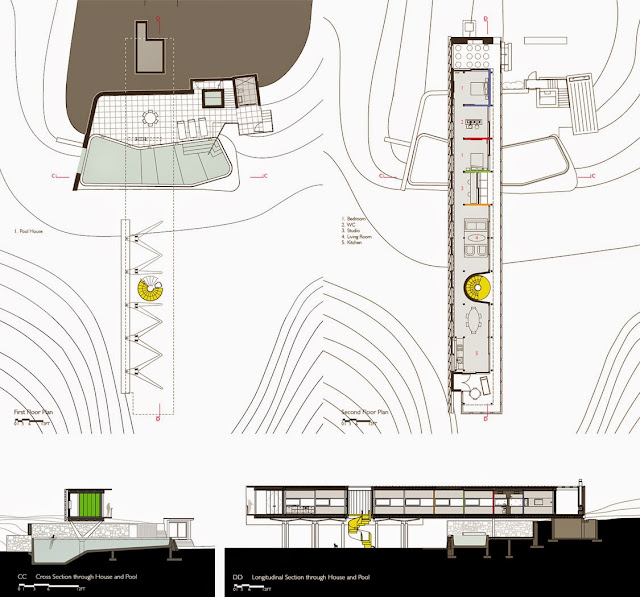