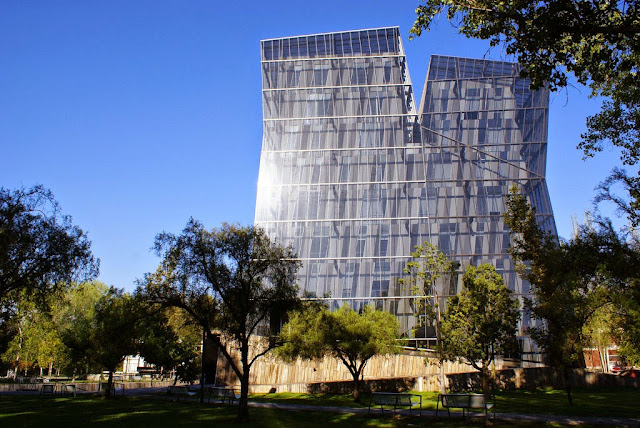 The Siamese Towers in Santiago, Chile by Alejandro Aravena

In designing a "glass tower [hosting] everything to do with computers" for the Pontifical Catholic University of Chile's San Joaquin campus in Santiago, architect Alejandro Aravena (with Charles Murray, Ricardo Torrejón and Alfonso Montero) rethought the goals and program of the project, splitting the defining characteristics of it into two. A glass exterior wall became a double wall and the tower became "siamese." By looking at the root of the client's wishes, combined with the functioning of what is housed within, Aravena created a distinctive object on the campus.

The architect admits that the 5,000 sm (50,000 sf) tower's design always appeared "chubby," no matter how small each floor became. It was tall in all instances but appearing as anything but a tower. To ameliorate this outcome, he "cut the volume in two from the 7th floor up," in effect creating the appearance of two towers. The building's form follows this decision, its angled walls reacting to the fissure occurring at the center of the building's top; it is not just the building's silhouette that is articulated. Even the sloping deck at the base seems to stem from the pinched volume.

What enables the angled walls to occur within the limited budget of the project is the double wall the architect incorporated as a cost-saving measure. By having an inefficient but weathertight glass exterior and a second wall of fiber-cement panels, the double-wall system cost 30% less than a single, energy-efficient glass wall. By creating a simple, orthogonal box inside the glass wall, the latter could angle at will without the floor plates following the changing section. Most striking are the juxtaposition between the exterior mullions, the angled articulation of the fiber-cement panels, and the horizontal structure between the two.

The architect attributes these two major pieces -- the siamese split and the double wall -- to considerations of education, primarily the physical versus the virtual. Determining that both face-to-face and face-to-screen contact are important, the inner wall addresses the latter's need for reduced light, while the air space and operable panels help create thermal comfort without costly air conditioning. Moving from concept to a final building is rarely a straight line, but the perseverance of the initial thoughts in the outcome is both commendable and beautifully done. 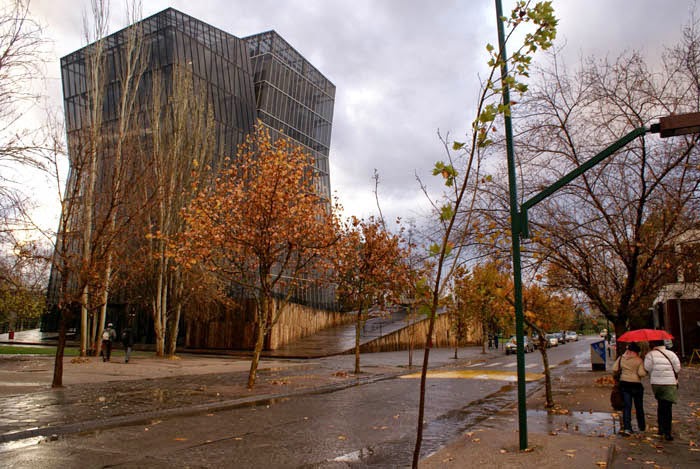 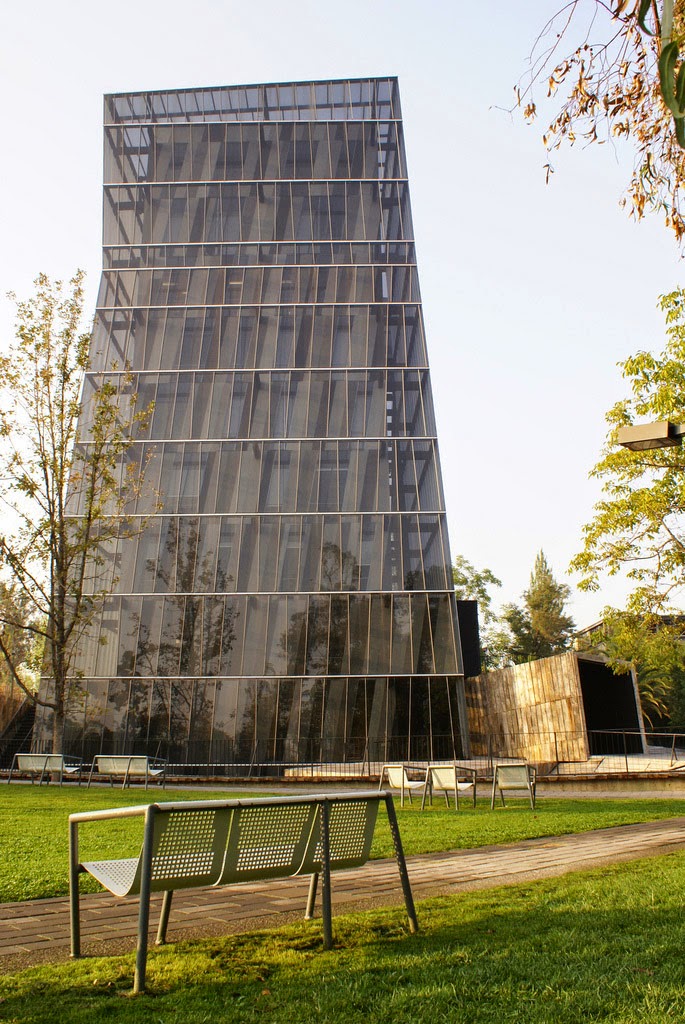 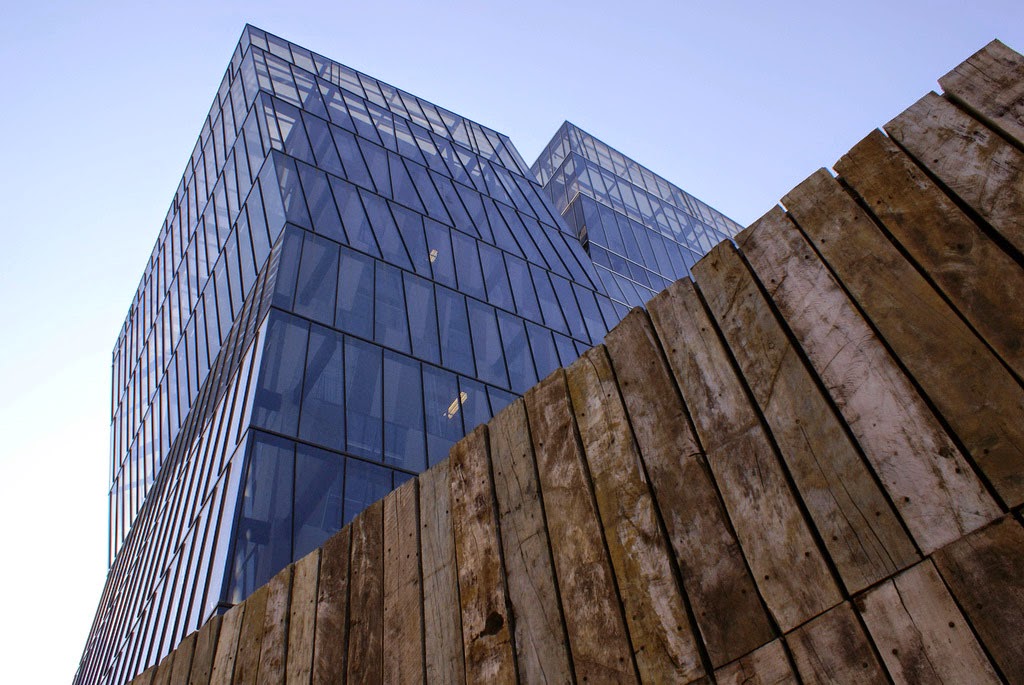 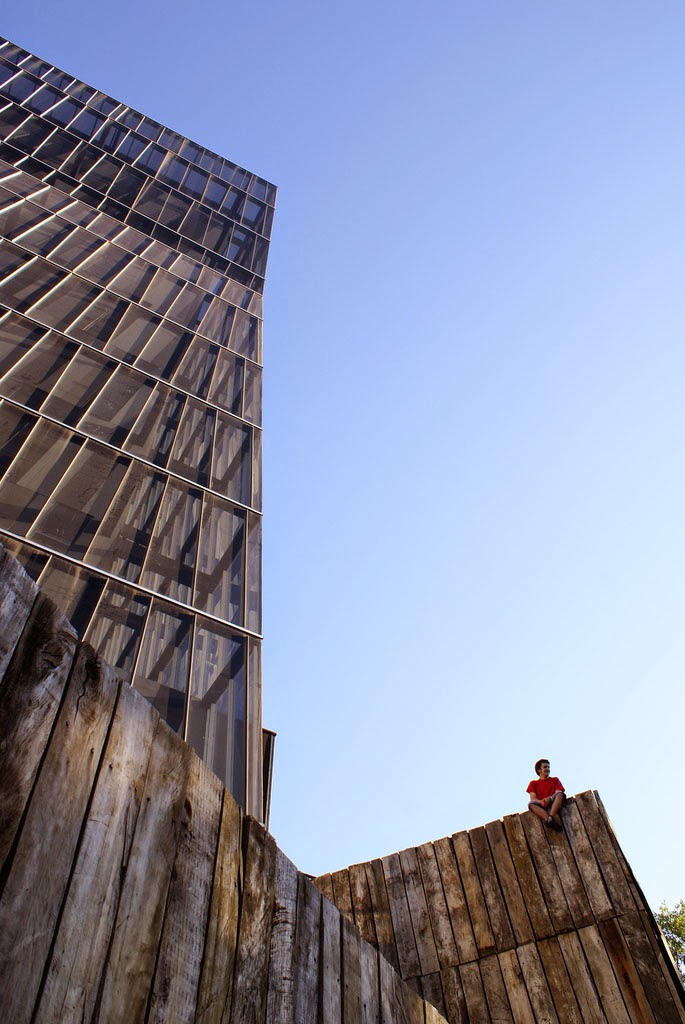 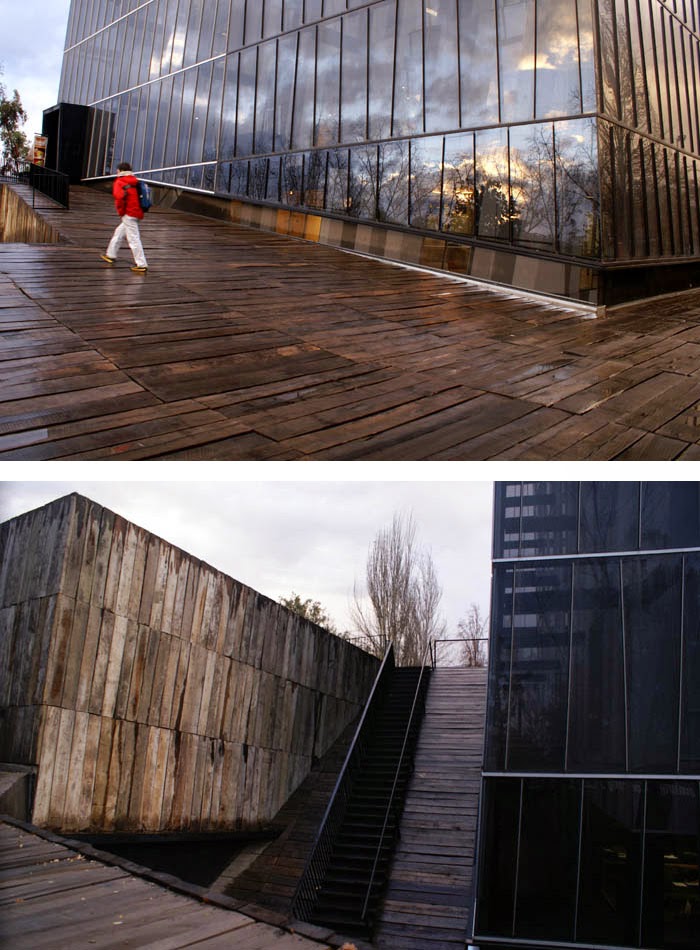 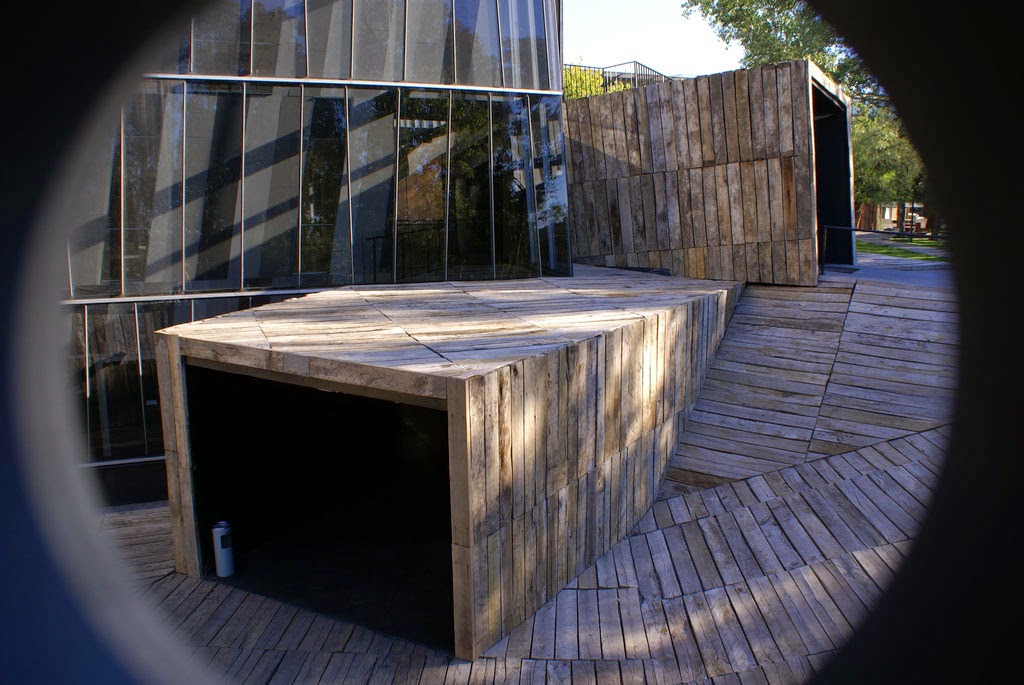 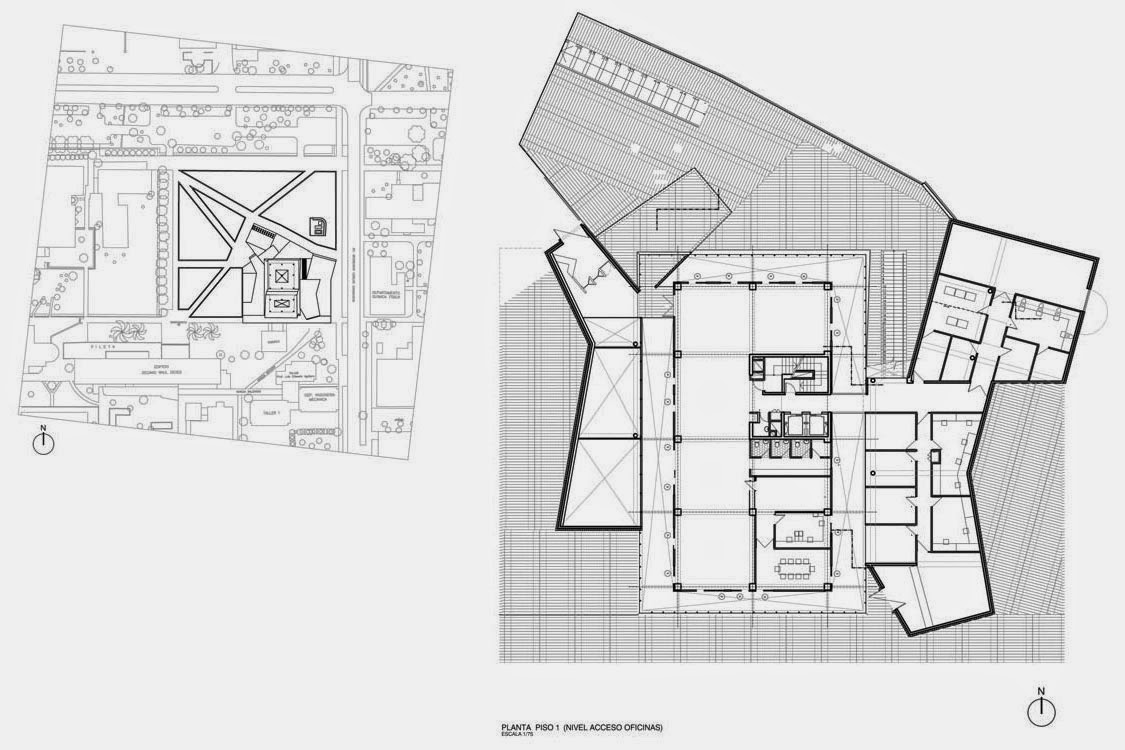 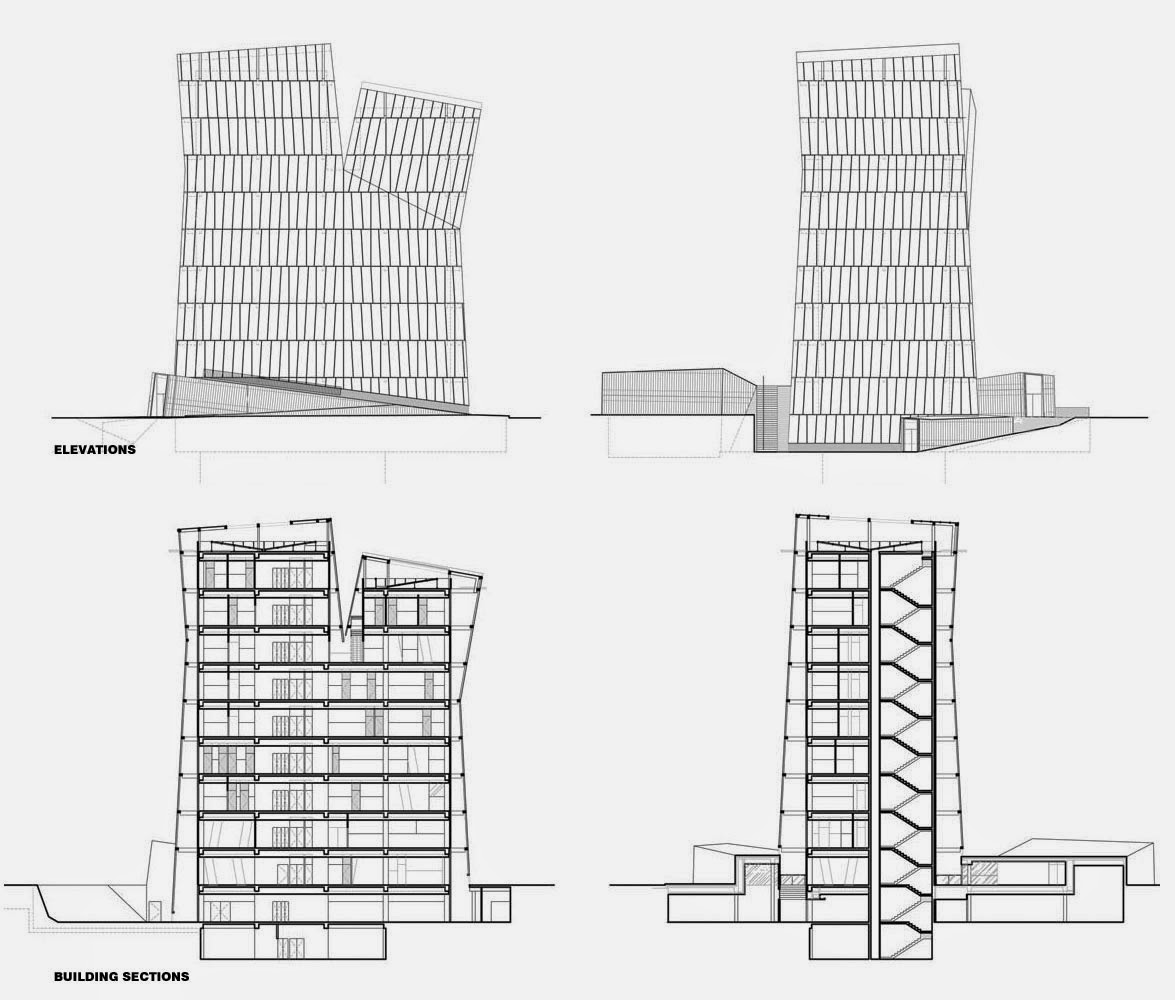 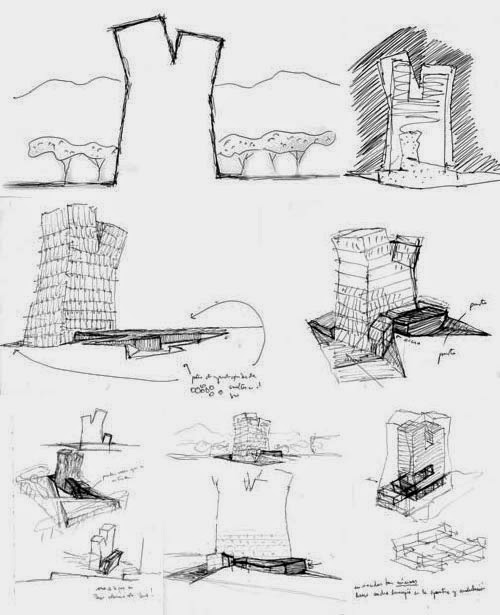