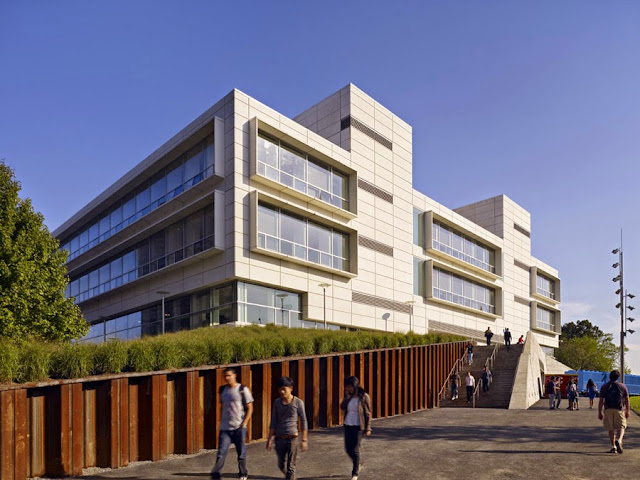 This week we feature three educational buildings, one just completed and two as designs. The first is the City College of New York's Bernard and Anne Spitzer School of Architecture by Rafael Viñoly Architects, which opened to students on September 16. Second is the University of North Texas College of Business's new Business Leadership Building by Polshek Partnership Architects, which was announced last week at the Nasher Sculpture Center. Third is the River Center Branch Library in Baton Rouge, Louisiana by Trahan Architects.

Before its new home, architecture students inhabited the over 100-year-old Shepard Hall at City College, a building far from short on character but lacking the amenities that many architecture schools have today. Looking at the exterior -- precast panels, horizontal bands of glazing, and aluminum louvers -- it's no shock to learn that the Viñoly Architects renovated a library from the 1950s, but the roof and the atrium yield surprises that are very 21st-century. The first features an open-air amphitheater that overlooks the second, which is crisscrossed by walkways to promote interaction outside the requisite studios. 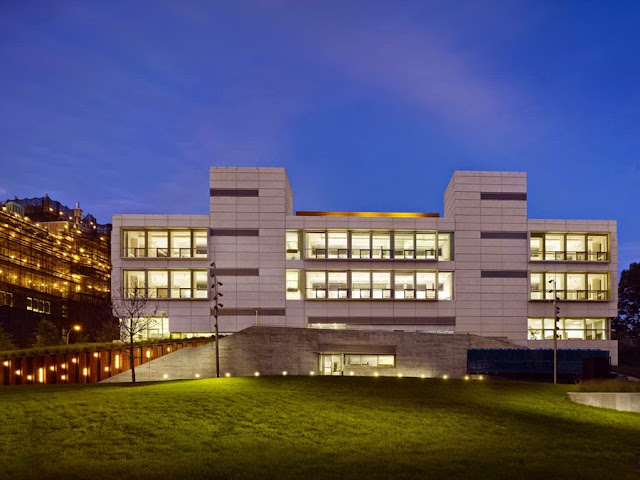 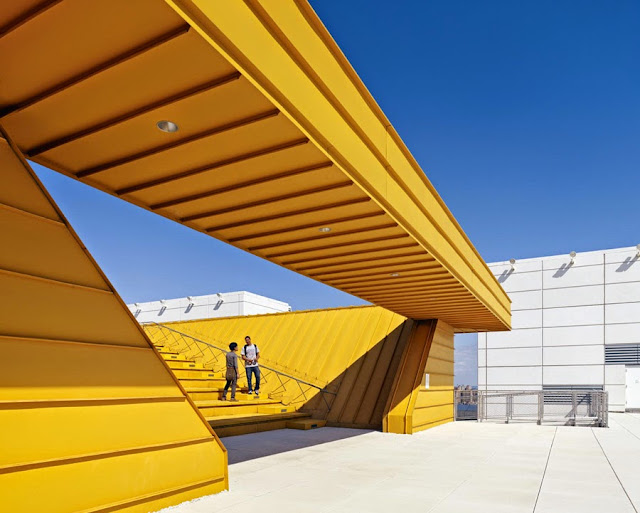 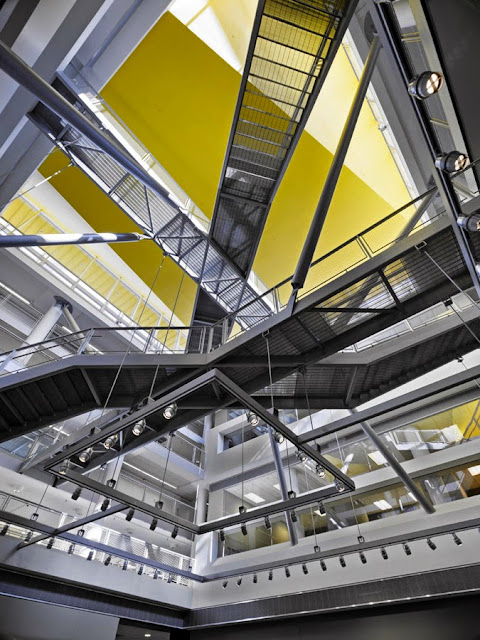 Also featuring an atrium as an integral part of its future home is UNT's College of Business. The design rings this open space with many study and tutoring rooms as well as an internet cafe. These stem from realization that employers appreciate team-oriented employees, the same thinking that actually influenced the design of the business school at University of Chicago by Rafael Viñoly. Polshek Partnership's design props a glass box above a masonry box, both skillfully addressing the site's topography. Where the City College building is stolid and monumental, this design is playful, breaking up its mass to allow access to the atrium inside. 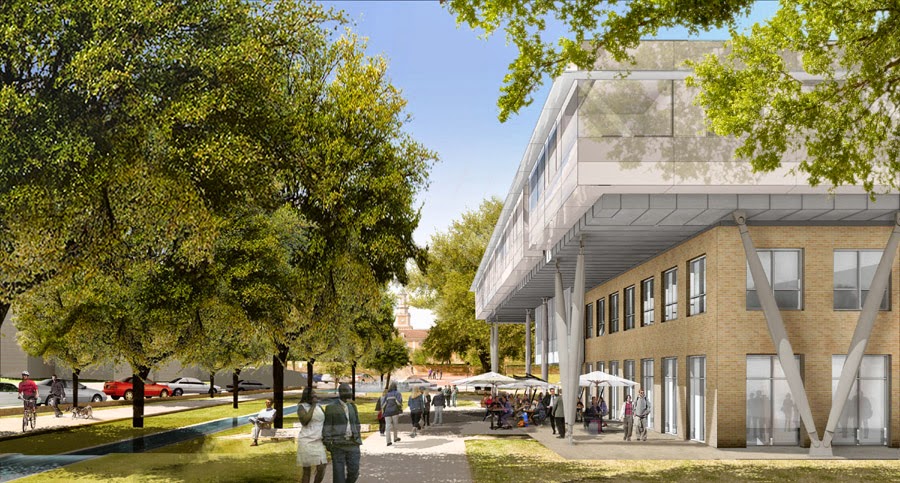 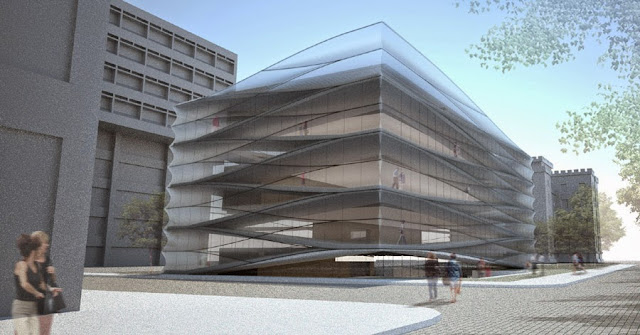 Granted a library is more an institutional building type than an educational one, it nevertheless is a bastion of learning even as digital technology slowly supplants books on paper as the primary means of getting information. Libraries can be seen to compete with...well anywhere with a wifi connection, so Trahan Architects' striking design for a downtown Baton Rouge library looks like it wants to attract patrons. Further, the architects see the library as a cultural arts center, relating to nearby buildings. The library isn't merely a container for books; it is a flexible space that activates and display movement, all the while acting as a conduit for information. 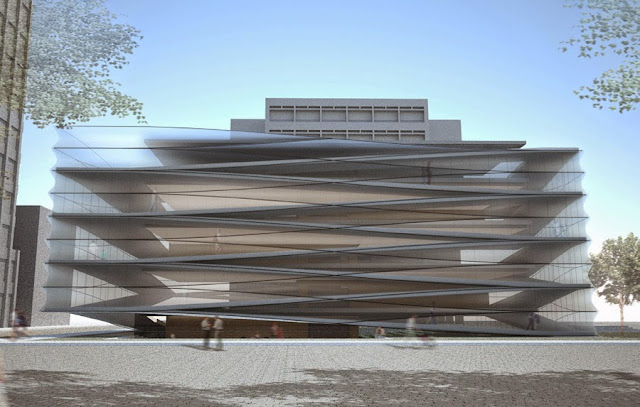 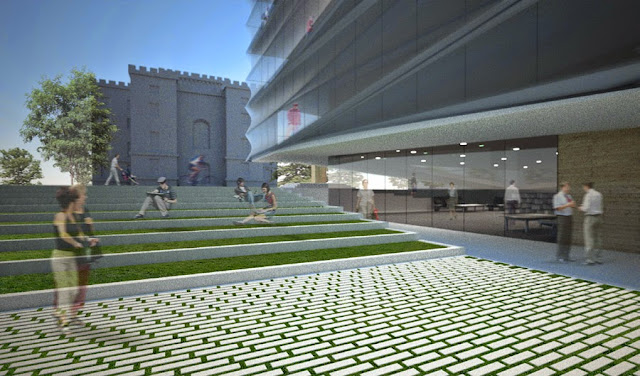