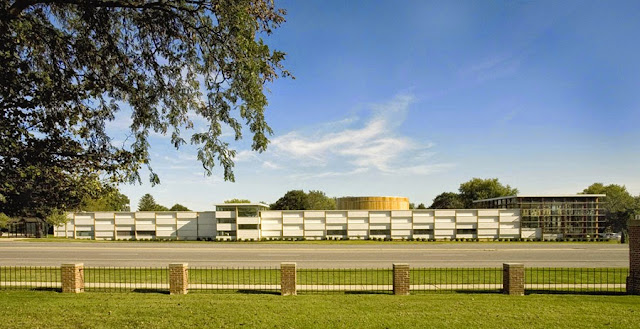 The Kirkwood Public Library was also features as a Building of the Week at american-architects.com. Click on images for larger color views; photographs are by James D'Addio.

In 1972 Robert Venturi, Denise Scott Brown and Steve Izenour released the first version of Learning from Las Vegas, a classic whose revised version five years later widely dissminated the notion of the decorated shed to a large audience of architects not content with Modernism. The idea that buildings should be seen as neutral containers for the more important signage in front of them points to the importance of the automobile in American life and the difficulty of conveying meaning via architectural language.

This small library (22,500 sf) in Wilmington, Delaware by New Jersey's ikon.5 architects--their second for New Castle County--confronts the strip mall context of the highway where the building is sited as well as the ideas of Venturi, Scott Brown and Izenour. The architects see the building as a sign and the language of books as the language. The library appears as "a collection of books set on the highway," through the articulation of the facade with horizontal cement board siding in a front-back checkerboard pattern, a pattern which extends inside, so it does not become a two-dimensional sign in and of itself.

By abstracting an image of stacked books, the architects utilize the long elevation of the library along the highway as a piece of signage, but not in the same way as the nearby commercial buildings. They do not emblazon large letters across the building to help drivers "read" what the building is (subtle signage follows the wood louvers of the corner reading room), instead relying on the familiarity of the medium of books an indication of what is housed within. I think the architects and client wanted a different sort of signage to set apart the library from its neighbors, acknowledging the highway but negating the other buildings as precedents.

The design can also be seen as a way to bridge the busy highways of today's cities and suburbs with the local streets that are as important, if less traveled. Parking is sited along the Old Capitol Trail, from where access to the library is found. This elevation utlizes more glazing, yet inside there are still glimpses of the highway through the windows that alternate with the "stacked books." The main reading room at the far end of the library offers a panorama of the various site conditions and a summation of the design: symbolic on one side, open and inviting on the other. 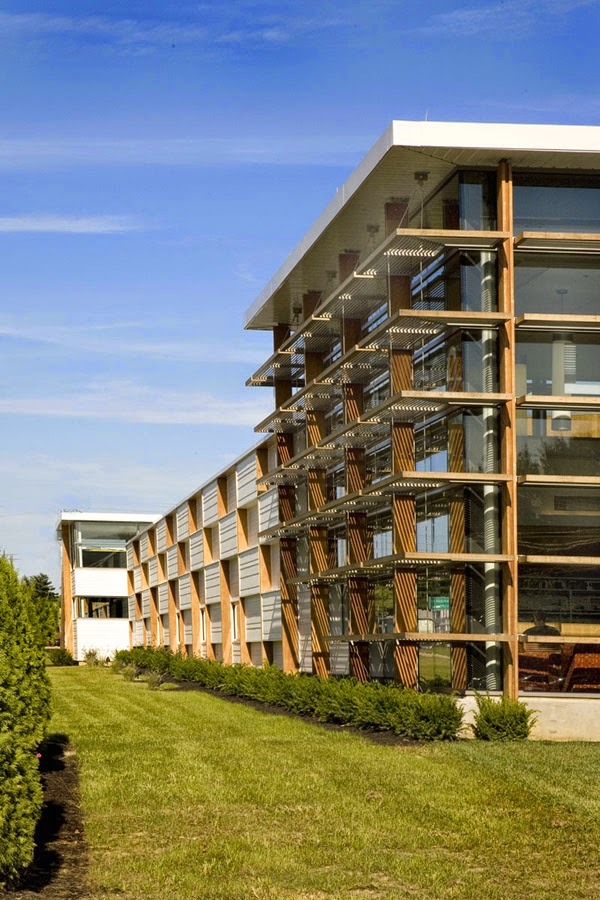 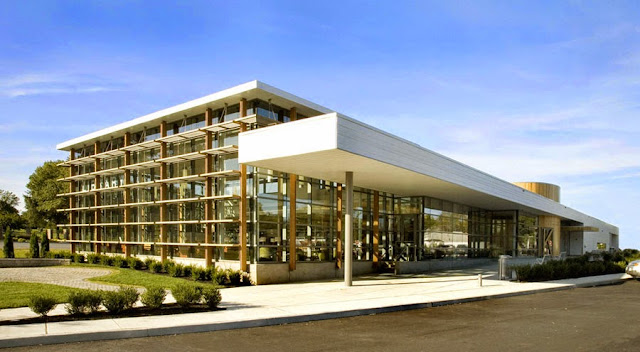 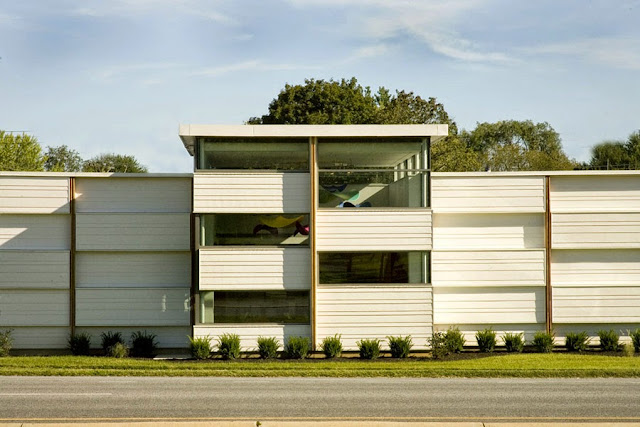 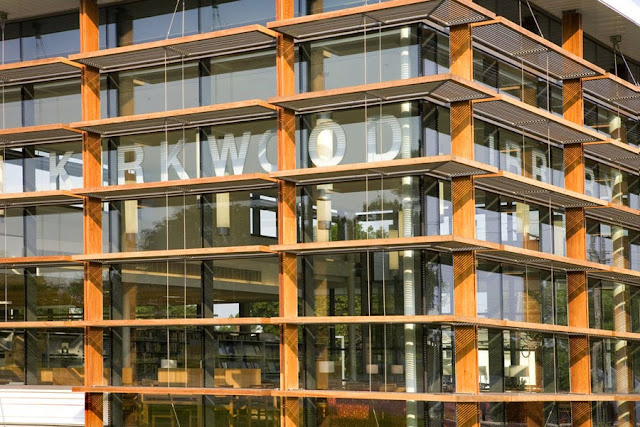 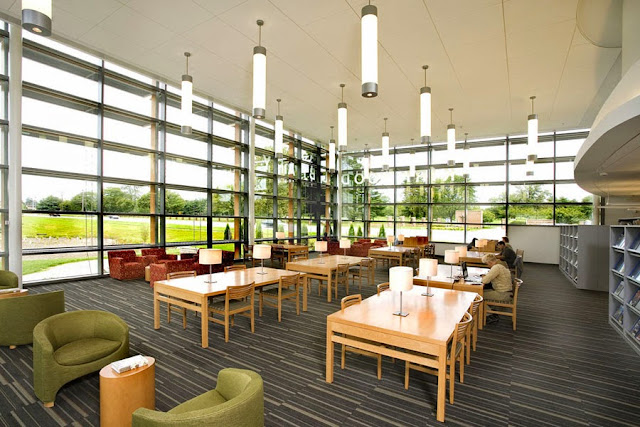 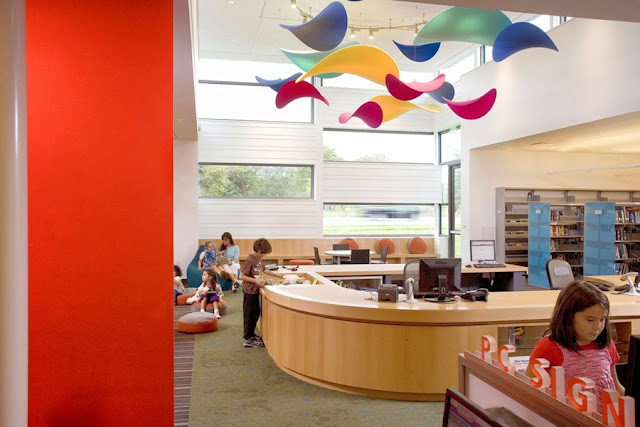 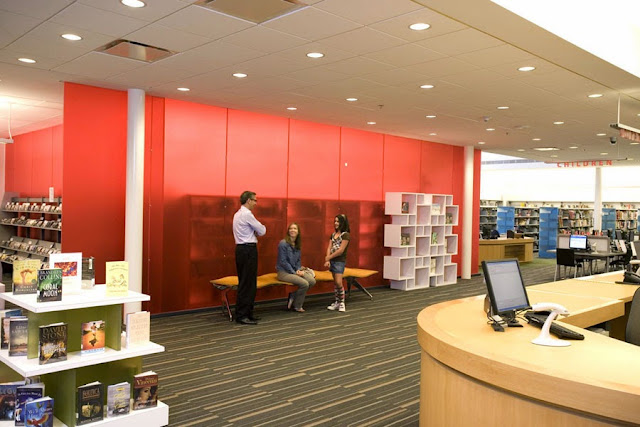 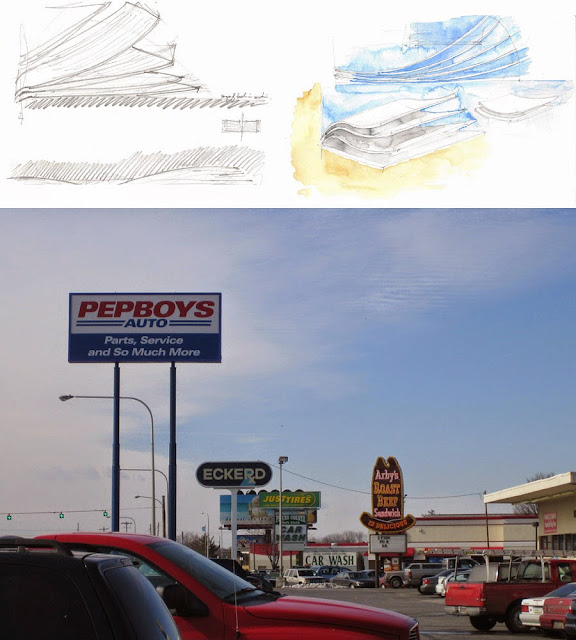 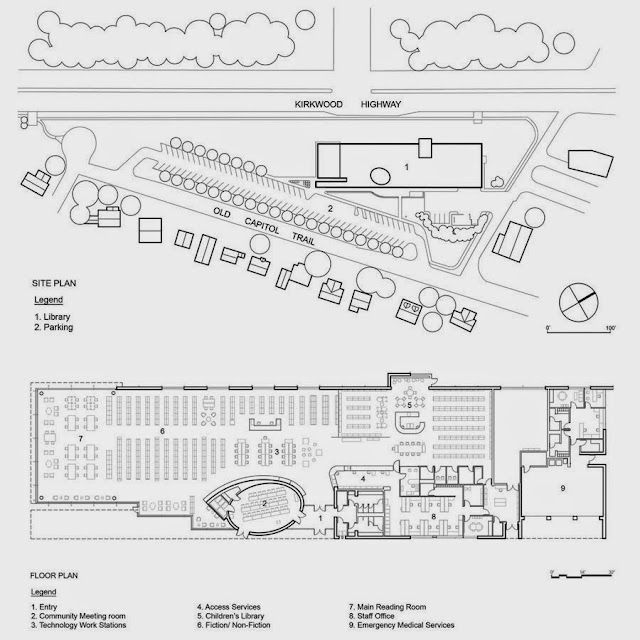