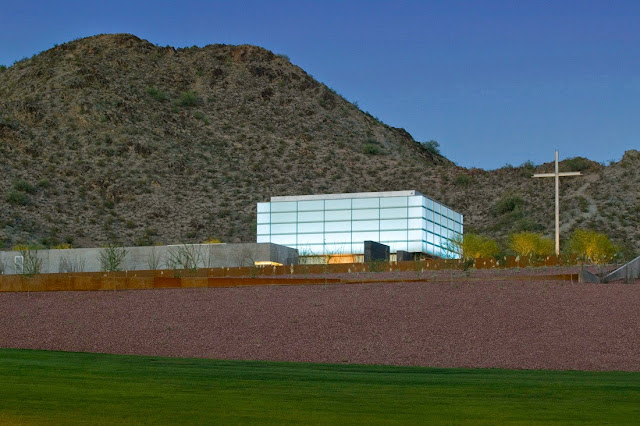 Prayer Pavilion of Light in Phoenix, Arizona by DeBartolo Architects

Photographs are by Bill Timmerman.

DeBartolo Architects found a great client in the Phoenix First Assembly of God, a megachurch who commissioned the local architects to masterplan its 58-acre (23-hectare) campus and design four buildings for it, including 2004's Children's Pavilion featured previously. The final piece for the campus, the 2,500 sf (232 sm) Prayer Pavilion of Light, is perched on the highest point of the campus, a fact made all the more apparent by the chapel's design, a glass box -- illuminated at night -- raised at its four corners.

Church-goers ascend nearly 30 feet (9 meters) to reach the landscaped plaza that fronts the chapel. Views of Phoenix open up opposite a slender steel cross, reflecting pool and black concrete wall that extends from the chapel. The trees act like natural counterparts to the riased glass box: their leaves start above head height, providing some shade while opening up a vista below. If this relationship is intentional or not, the line at the bottom of the glass box and top of the black concrete walls is clearly the datum that articulates the chapel and its surrounding landscaping.

Access to the 24-7 chapel occurs either via doors centered on a fixed glass wall or through sliding glass walls on the other three sides. The latter is as important as the glass walls above, as they allow the continuation of the landscape through the building and make the walls above read like a floating lantern, sitting lightly on the black concrete walls at each corner. Given Phoenix's dry yet hot climate, hopefully the natural ventilation of the building's construction allows these walls to be open a large part of the year.

What appears to be a simple fritted glass wall from the outside is actually one layer of a double-wall system that channels hot air up and out, but it also softens the sunlight during the day, acts as an armature for LED lighting at night, and allows for two articulations of glass framing: horizontal and rectangular on the outside, vertical with mullions and steel I-sections on the inside. (The lines of the last continue overhead in the ceiling grid.) DeBartolo's design is an impressive culmination in their work with Phoenix First Assembly, a shining beacon on the hill for all to see and use. 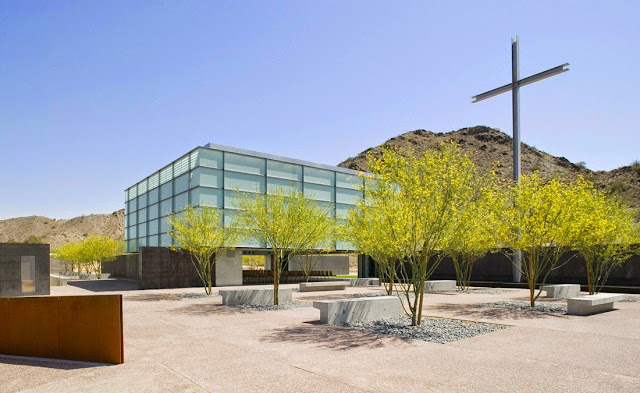 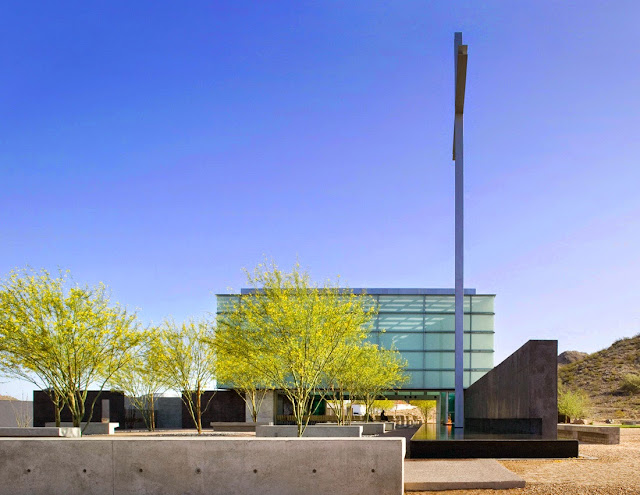 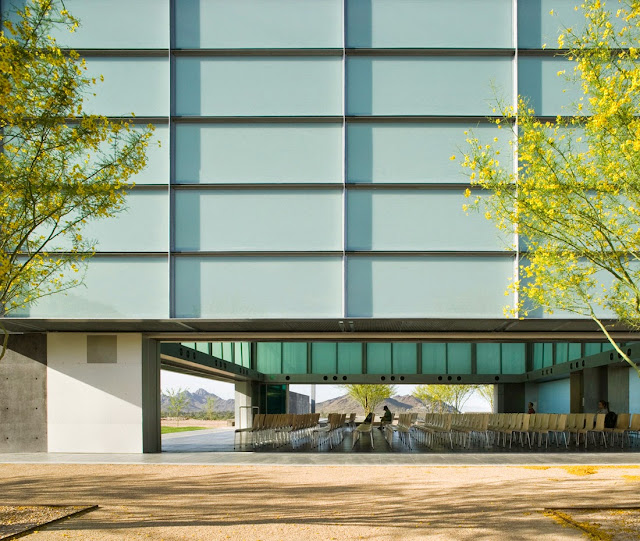 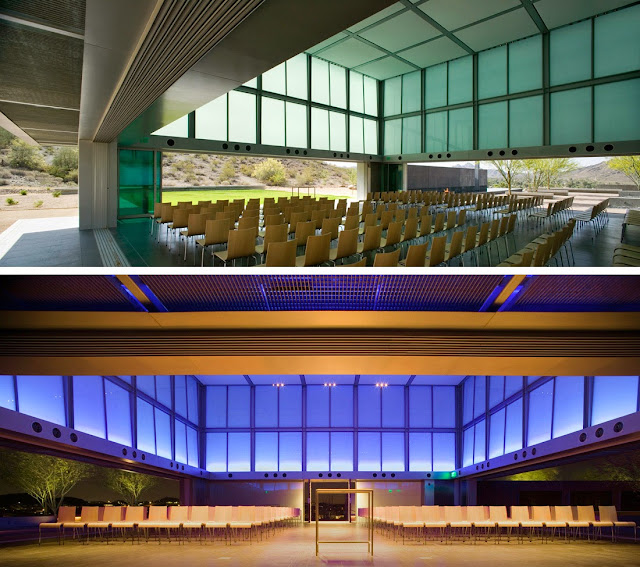 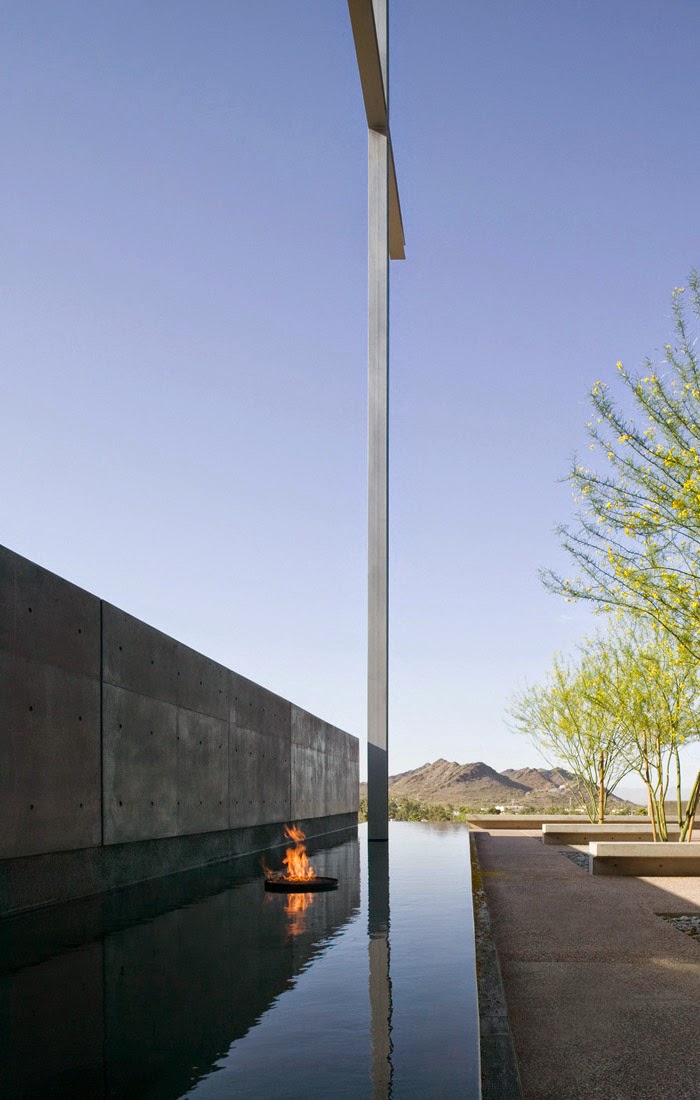 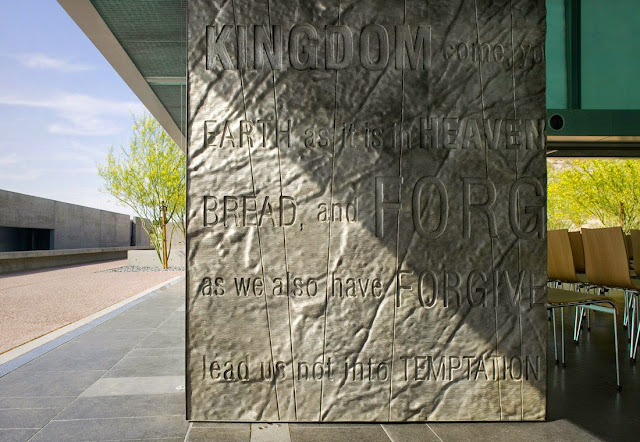 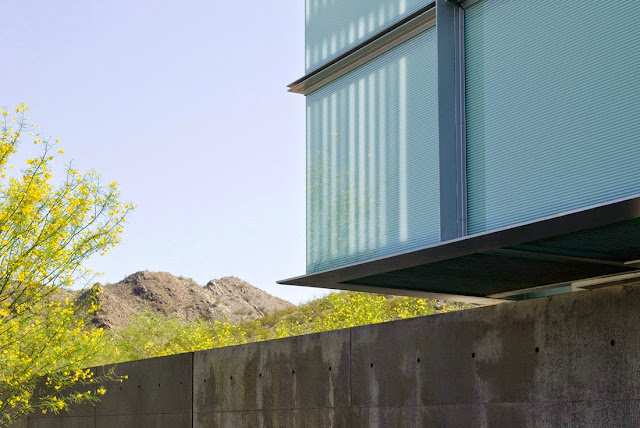 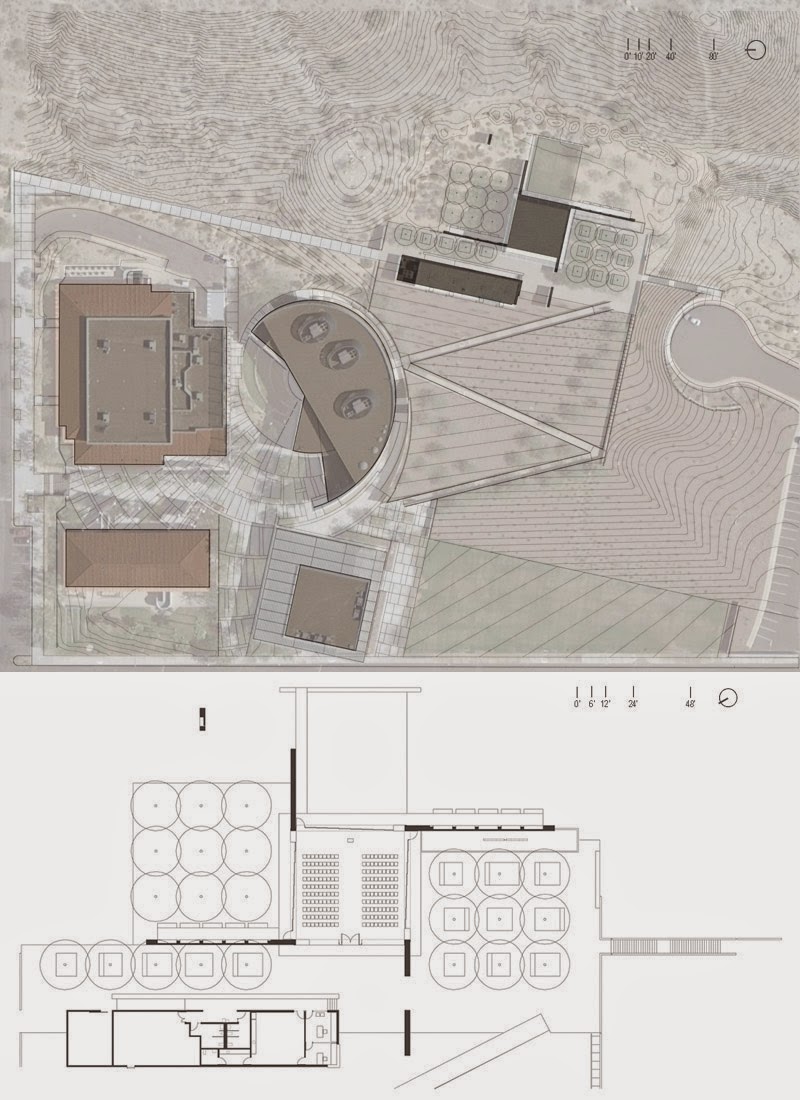