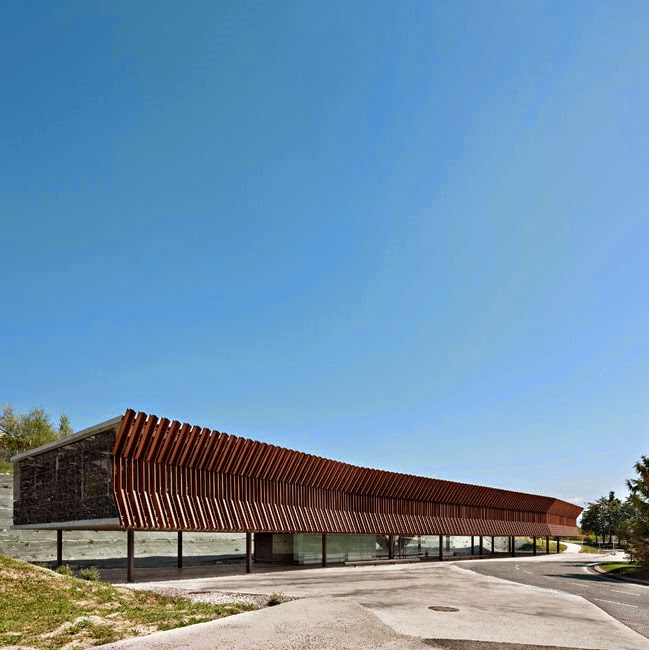 Gabions -- wire cages filled with earth or stones -- are typically used as retaining walls near roadways, or for other uses in civil engineering. Architects have co-opted the construction method -- most notably Herzog and de Meuron's Dominus Winery -- and in the process raised questions about their role in builings. Do gabions become merely aesthetic elements? What is the advantage of using gabions over some other construction? Sarah Wigglesworth's house and studio is a good case in point: The gabion walls used could not be load bearing, due to fire concerns (the wires melting), so steel columns were embedded in the walls. Gabions as decoration.

So if gabions can no longer serve their role as structural construction elements when used in buildings, what do they become? What defines them? These and the above questions come to mind upon first glance at the recently completed Audenasa Corporate Building by Vaillo + Irigaray. Wire cages comprise three sides of the one-story linear building raised on pilotis. But instead of stones, what do we find? Tires!

Yes, tires. So many old tires that one can smell the rubber just looking at the photos! Yet this olfactory situation won't be a problem for people in the office because, like Dominus Winery, the gabions are but a screen in front of other walls that are the building's actual weatherproofing. Herzog and de Meuron utilized the construction method so sunlight could be filtered to varying degrees as it entered the spaces behind; air was allowed to pass through the cages into areas where it was desired, and kept out of office spaces via double walls, like this building in Spain. The recycled tires become sunshades on the end and decoration for the rear facade.

Yet with all the talk of gabions and tires, the primary facade of the office building is something else completely different. The south-facing elevation features concave ribs of Cor-ten steel that follow the plan's zig-zag. Like the other three facades, this one functions as a sunshade, set a couple feet in front of a glass wall. Something that each of these two types of facade have in common is that they completely wrap the building; there is not a single opening interrupting the tires or rusty ribs. This happens because the office space is raised above the parking and access occurs vertically via an elevator and stairs. 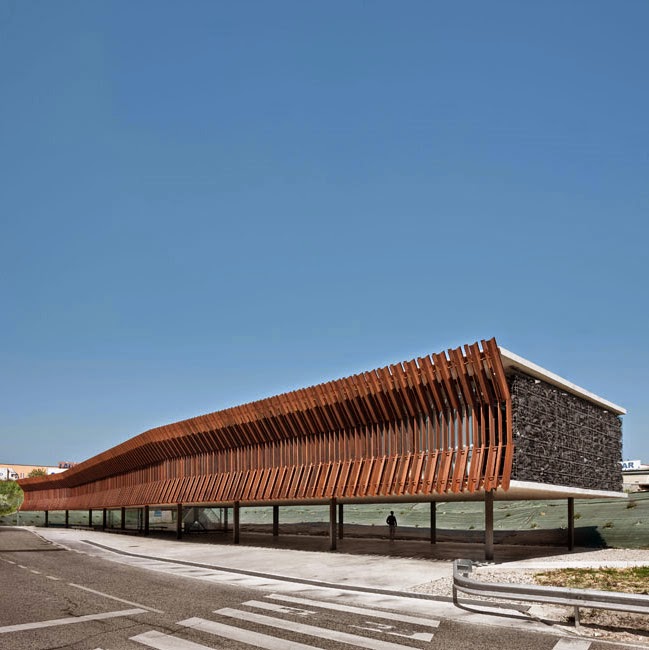 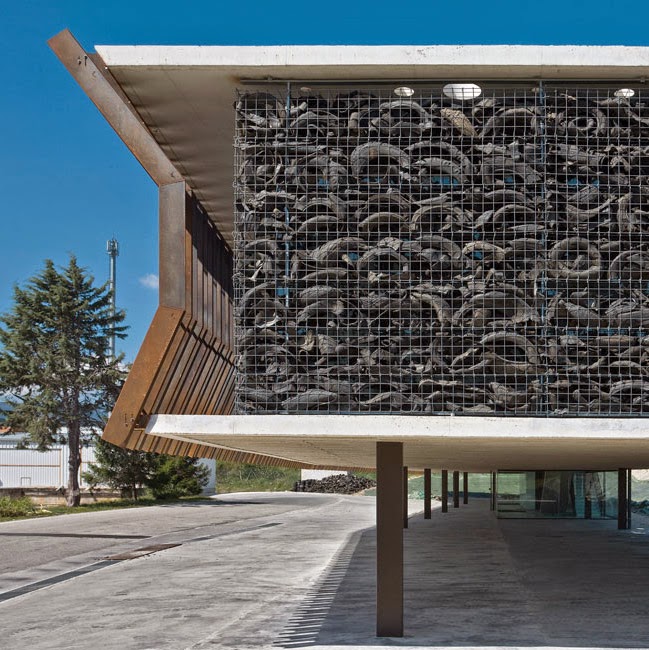 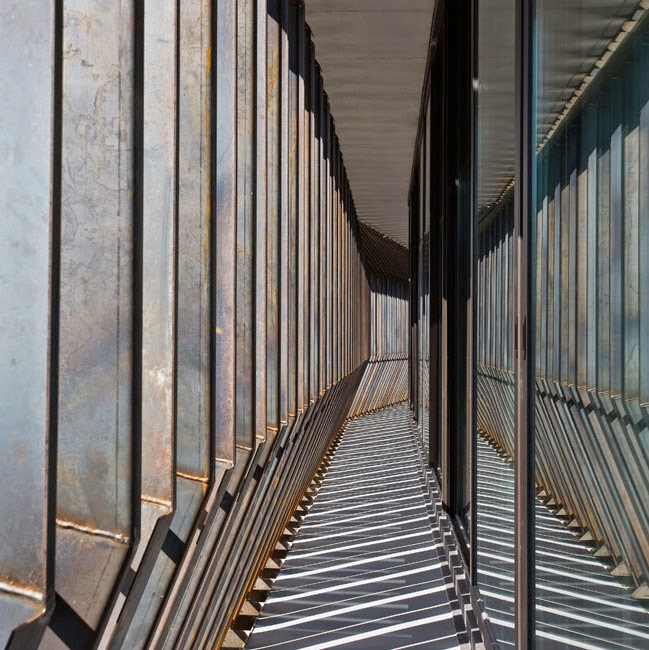 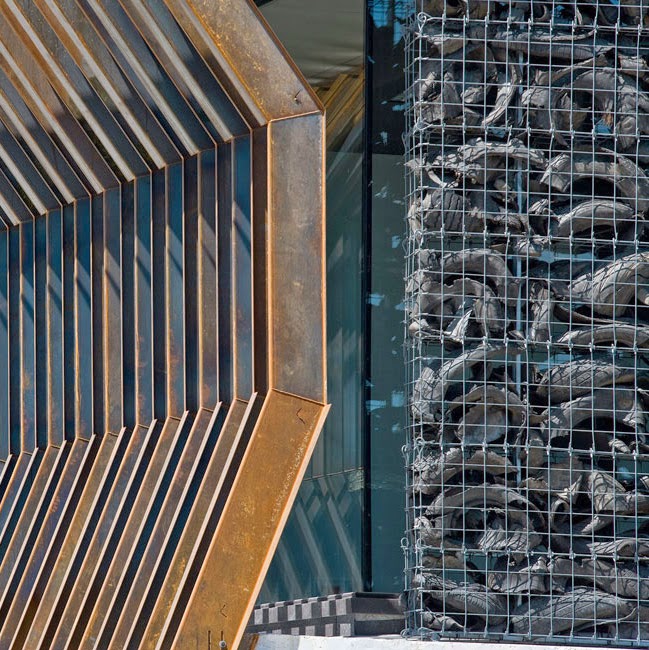 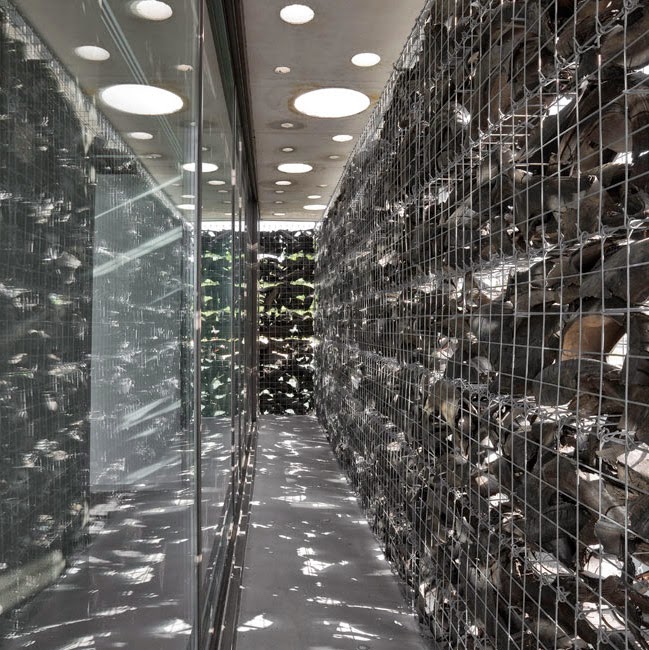 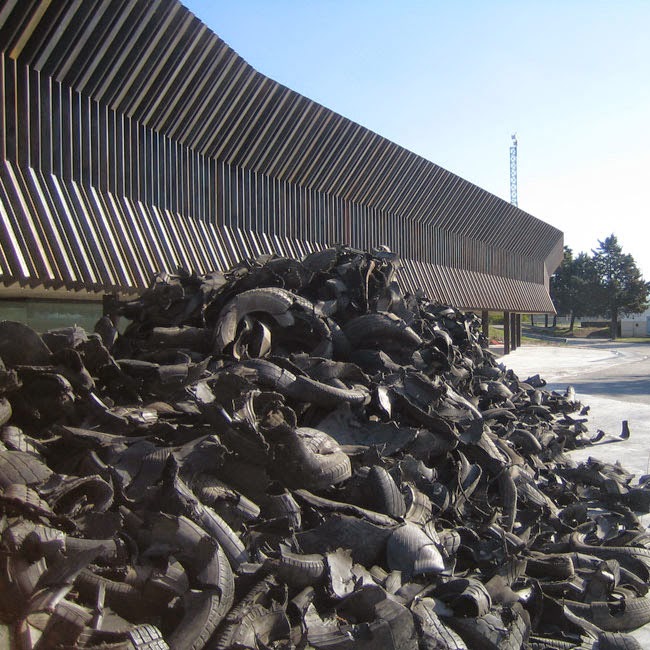 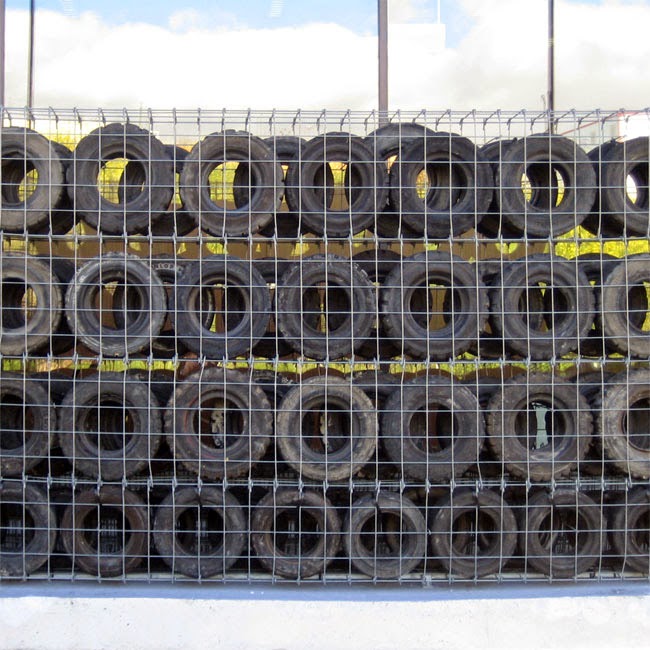 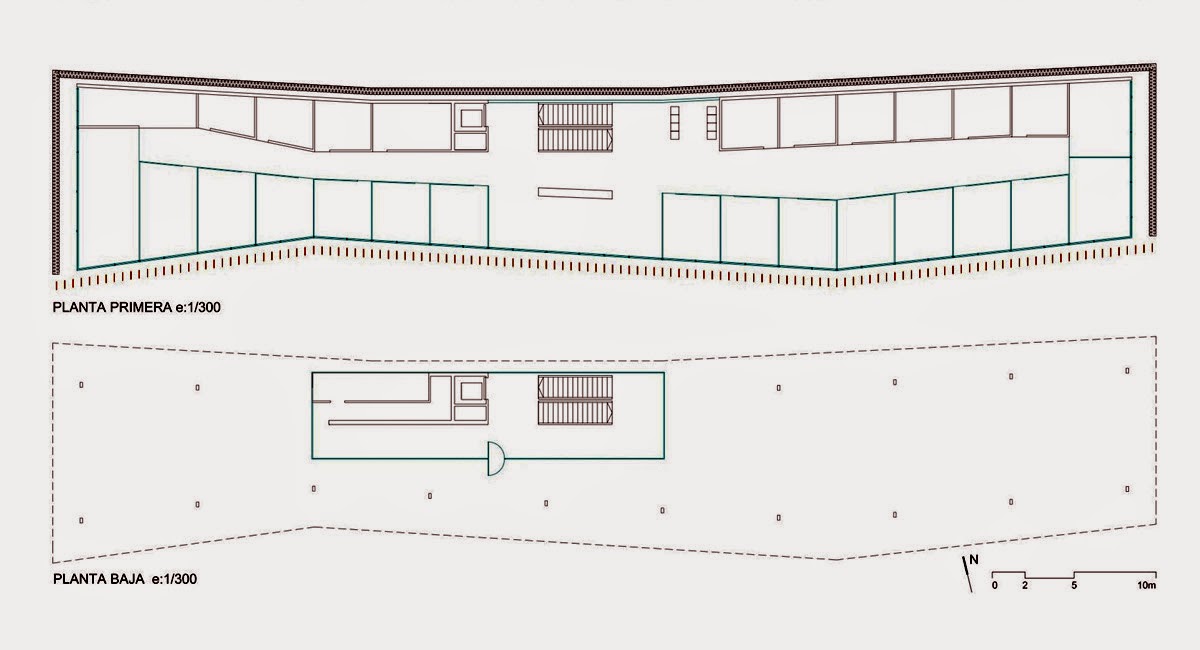 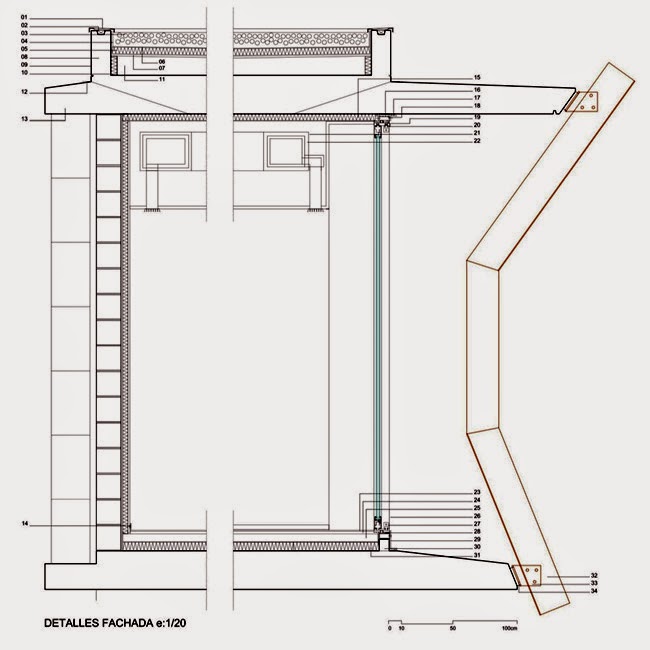