The Diana Center at Barnard College 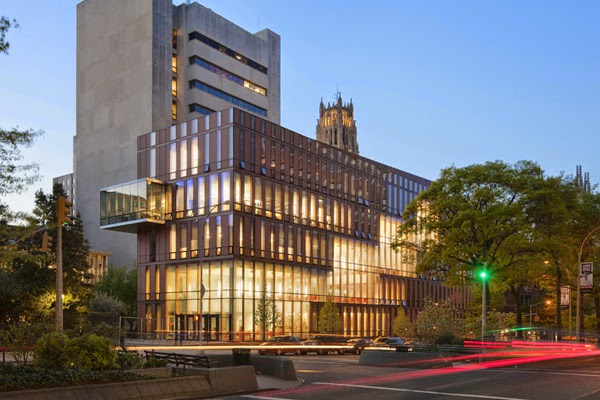 Photographs are by Albert Vecerka/Esto.

Featured previously in project form as the Barnard College Nexus, the Diana Center -- named for Diana Vagelos, a Barnard alumna who, with her husband, donated $15 million towards the building -- opened earlier this year. Barnard's small campus sits across Broadway from its "parent" Columbia University, and the Diana Center is coincidentially right across the street from another piece of high-profile architecture, Columbia's Northwest Corner Building by Rafael Moneo. But where Moneo expresses an engineered aesthetic, Weiss/Manfredi opt for a contemporary update of the brick buildings of both campuses.

The Diana Center is a seven-story glass box that tapers in plan towards the south, opening up views and green space towards Millbank Hall to the north. The building replaces the school's old student center and adds to those functions educational spaces for art, architecture, and performance. What ties these disparate elements together are the varied solid/void of the exterior glazing, the "slipped atria" -- as the architects call it -- that climbs from the south to the north along Broadway, and the back-and-forth exit stairs that project from the opposite elevation.

The terracotta-colored glass -- a combination of vertical frits of varying density on clear glass and back-painted shadow boxes on other panes -- is clearly the most striking ingredient in the building's design. It might recall the brick color of older Barnard buildings, but the varied window openings -- best seen at night, as these photos attest -- create a whole new creature, particularly in combination with the stepping open space that crawls from the patio to the green roof. This cascading space cleverly packs a lot of non-programmed space into the building while creating intimacy and a sense of connection.

One way to read the west facade is that the space of the slipped atria forced the exit stairs outside the wedge-shaped plan, so the architects made them the primary expression on the campus side. On a visit shortly after the building opened I was entranced by the movement of individuals up and down the stairs. It was clear that these are not merely exit stairs, but slow connections between spaces, an extension of the cascade on Broadway. On both facades, and inherently inside the building, Weiss/Manfredi expressed the spaces of interaction that lie outside the classrooms and other programmed spaces, acknowledging the importance of both in higher education. 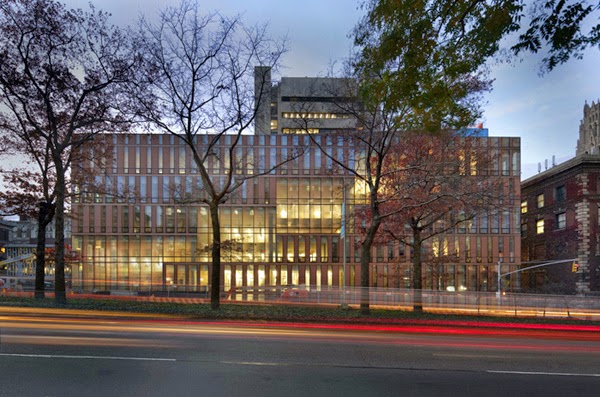 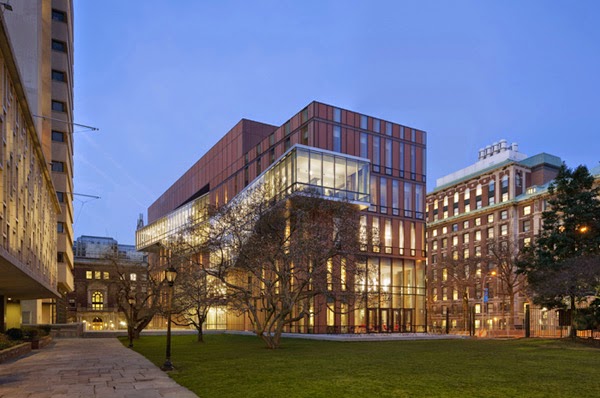 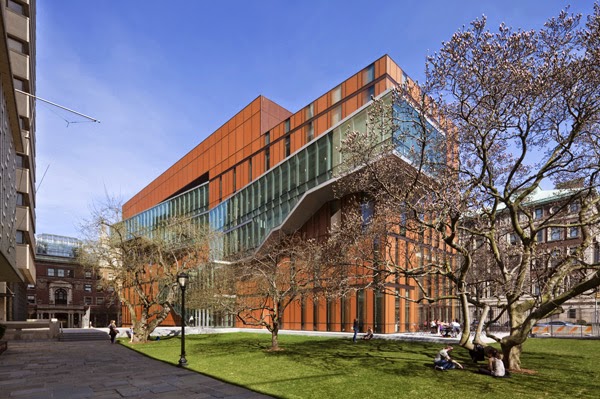 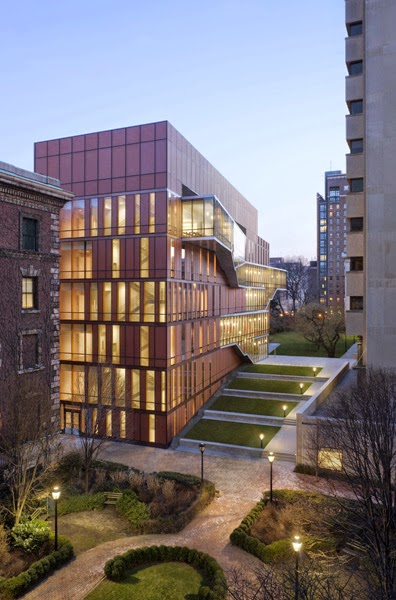 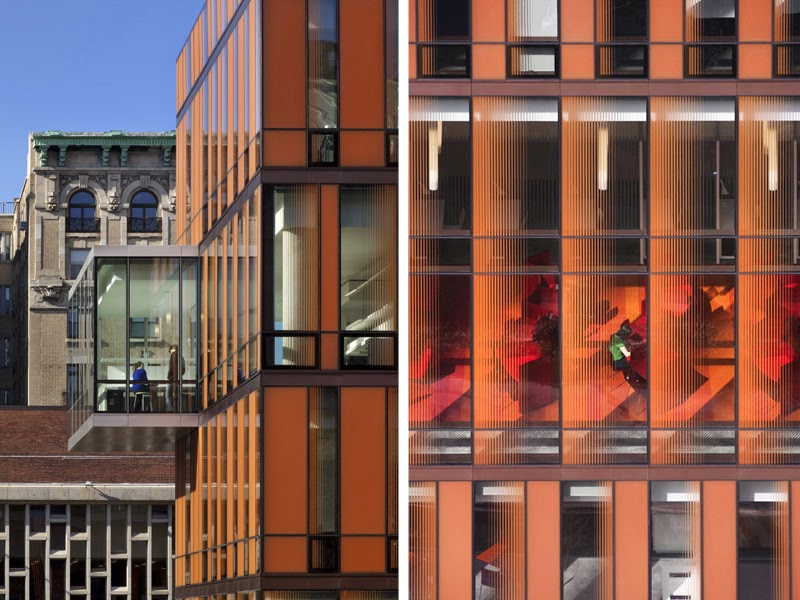 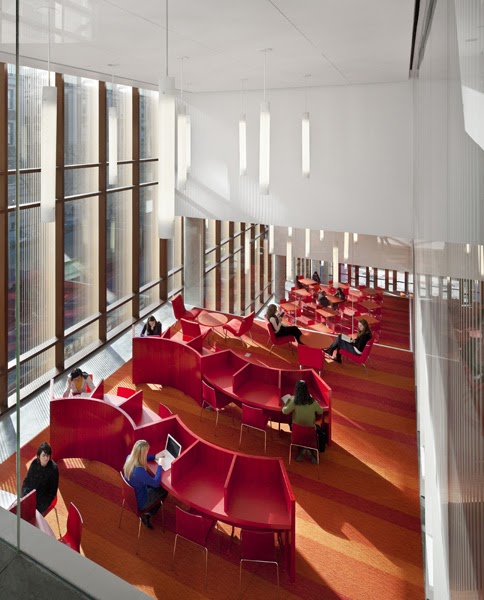 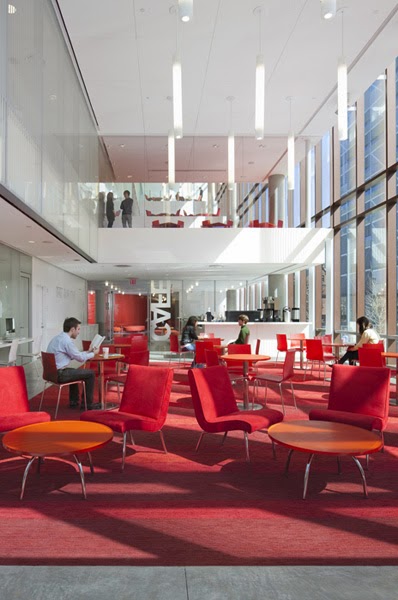 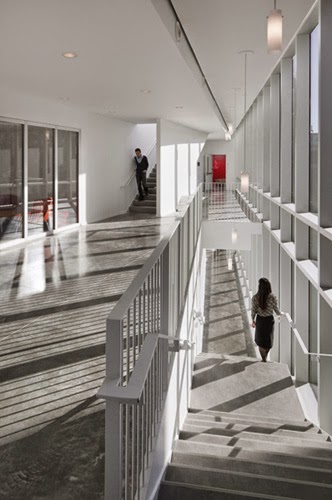