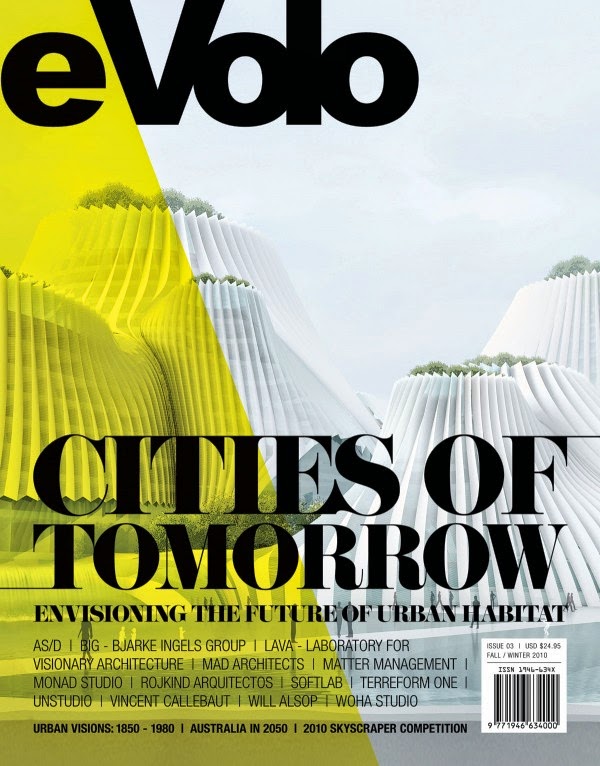 A couple years before the new millennium the late Martin Pawley penned Terminal Architecture, a critique of architectural appreciation on formal grounds. The British critic favored judging the usefulness of buildings “as terminals in the maze of communications and distribution networks that sustain modern life.” His prescient insights coincided with the rise of cellular phones but predated the iPhone, iPad and other devices that serve to reshape cities by affecting how we interact with them. In this article I use Pawley’s insights as an impetus towards speculating on how the Cities of Tomorrow may evolve from the Technologies of Today.

The book’s first chapter, “Terminal 2098” tells the story of a group’s visit to Dorset one hundred years in the future, or more accurately a visit to what was formerly known as Dorset. In the year 2098 places as we know them are irrelevant, since place and time are manufactured by terminals that range from body suits to huge sheds, inputting everything into individuals—referred to as end terminals—from nutrition to “brain packs, virtual worlds, endless interactive movies, cable living.” In other words all of life takes place interacting with a screen. In Pawley’s dire science fiction, society is kaput, individual consumption reigns supreme. Dire to be certain, but it’s not so far-fetched if we consider his scenario in a trajectory from the communities of yesterday to today’s personal independence and beyond. His vision is predicated on one simple reversal: “[Don’t] put the technology in a house, … make a house out of the technology.” If we replace the word “house” with “city” what happens if the city is made out of technology?

It’s fitting that I’m reading Terminal Architecture on an iPad, the portable, interactive screen that follows on the heels of Apple’s extremely successful iPhone. Each device utilizes a touch screen, GPS technology, internet connectivity and a multitude of “apps” (applications) to, among other things, overlay virtual reality upon the urban reality. With i-device in hand, one can move through the city and be aware of proximity to museums, restaurants, public bathrooms, buildings by famous architects, whatever information has been entered into a database and keyed to a geographical position. (This goes without saying, since most people reading this magazine probably own one of the devices.) But this functionality is just the tip of the iceberg, as it basically just replaces a telephone book and makes it portable.

A couple modes of embodying the city with technology are slowly being implemented, and combined with handheld devices like the iPhone and iPad they are poised to affect some of the greatest change on cities and how we experience them. The first are APIs—Application Programming Interfaces—which enable one program to communicate with another program. A well-known example is the Google Maps API, which makes it possible to embed the whole of Google Maps into an external site along with custom overlays. This interface allows the discovery of the public bathrooms and other places mentioned above. But at first glance APIs—specifically open APIs where data is openly shared, such as on popular social networking sites and to potentially greater effect with the upcoming Google Wave—appear to hold the most relevance with urban infrastructure rather than buildings. As witnessed in the writings of network-urban gurus Adam Greenfield and Kazys Varnelis, data shared by and with local governments (seeing real-time bus and train locations, reporting unsafe intersections, locating graffiti for removal) enable city dwellers to move through the city in more efficient ways, feel safe and secure, and improve the quality of their public spaces.

So what about the façades that simultaneously enclose the city’s private spaces and define the boundaries of its public realm? API’s influence can be seen to end where buildings begin, but another technology has the potential to impact how buildings, and therefore cities appear: Augmented Reality. AR is a recent phenomenon that moves beyond virtual reality by overlaying physical reality with virtual imagery. Early examples include a barcode on a magazine that plays a video when an iPhone camera scans across it, or scanning a barcode on a blank wall in London virtually uncovers a Banksy tag as it existed before being painted over. These augmentations of reality begin to map a direction towards Martin Pawley’s Terminal Architecture, but not as much as “The Networked City” exhibition in South Korea, in which a scale model of a city with plain white boxes is transformed when visitors don special AR goggles. Suddenly graphics are overlaid onto the model and a new reality melding the models and virtual imagery is created, where façades are just frames for variable appearances.

On a larger scale this sort of expression was proposed in 2003 by Robert Venturi and Denise Scott Brown for twin towers in Shanghai, generic boxes activated by dynamic, programmable LED displays. Times Square is a present-day incarnation of this façade as display, but only in the limited, one-way display of commercials and news. Yet it is only a slight stretch to imagine how a real city of generic, “dumb” boxes integrated with AR triggers could be experienced in a multitude of ways by headgear-outfitted city dwellers moving through the streets. Buildings can still display their advertisements and stock ticker, but the AR surfaces could also allow people on the street to shape what they perceive. Maybe the ads are catered to the purchasing history of an individual (the Capitalist route), or better yet an app overrides the ads to display something totally removed, be it the walls of a literal (Grand) canyon or even an Amazonian rainforest (the Avatar route). One way communication becomes a two-way transformation of the city and its experience. City as virtual playground is just one imagined consequence.

What API and AR technologies mean for the design of cities in the decades and centuries to come is a shift from function and form to intelligence and interactivity. Like Building Information Modeling (BIM), where it is not enough to have a CAD line drawing of a floor plan devoid of information like area and cost, the city’s infrastructure will be loaded with data to share with residents towards improved functionality. More evident would be architectural skins more akin to touch-screen panels than static and inert materials. The current spate of old brick and stone buildings in Manhattan being covered by new glass façades are analogous to the next retrofit of intelligent layers that allow multiple urban appearances and experiences, where distinctions between the real and the virtual are confused.

Of course the above scenarios based on today’s real technologies and a vision of tomorrow proffered by Martin Pawley are just some possibilities of infinitely more. However the future unfolds the right questions need to be asked as technology advances and is exploited. For whom do these and other implementations of technology benefit? How will the great amounts of energy required for ubiquitous computing be created and sustained? Is technology the answer to the problems of humanity and its cities? It is exciting to speculate about how the smallest of devices can impact the largest of human creations, but without a critical approach to how we move forward it is merely the AR goggles leading the blind.
Email Post