Opening today next to and in Philadelphia's Schuylkill River (between Market Street and Chestnut Street) is Light Drift by Eric Höweler and J. Meejin Yoon's MY Studio. According to the city's Mural Arts Program, "Light Drift creates an atmosphere, a field of lights that transform in color and intensity based on the public interaction with it." 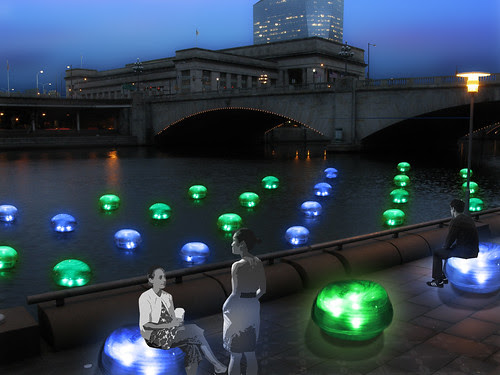 The orbs on land are cushion-like seats that respond to the presence of people. When occupied, signals are sent via RFID tags to the floating orbs which then pulse between green and blue. 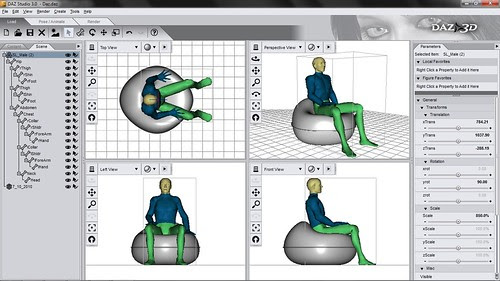 The "resting state" for the orbs is an alien-like green (below). As the top rendering shows, the land orbs signal to their floating companions diagonally, so when more than one person engages the different seats the effect is a criss-cross; the more people the merrier. 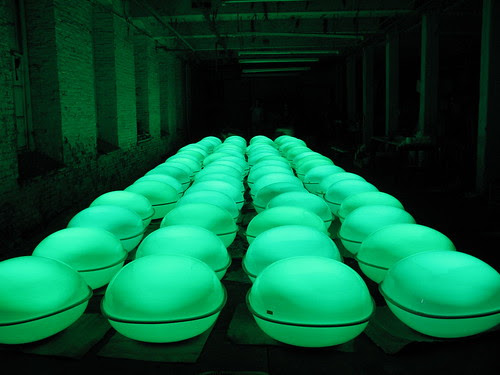 To quote Mural Arts again, "The individual elements are vacuum formed translucent shells molded from PETG (Polyethylene Terephthalate Glycol). PETG is a non-toxic and fully recyclable material that is milky in color, easy to mold, and acts as a diffusing element for the lighting inside. The electronics consist of custom micro controllers and RFID (radio frequency identification) transmitters, allowing each orb in the field to be addressable, and specifically controlled by transmitters on the land. LED (Light Emitting Diode) lighting allows the orbs to glow and change colors." 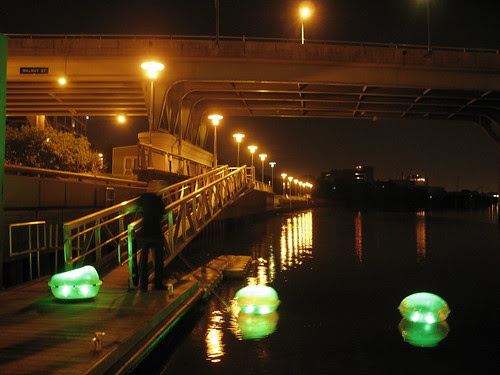 The installation will be on exhibition until Sunday, coinciding with the end of Design Philadelphia. "After Light Drift is de-installed, the project may be reinstalled at a second venue in Boston, on the Charles River. When the project is finished, the PETG materials will be recycled." Check out Eric Höweler's flickr set on the project for many more photos of the installation and its assembly. 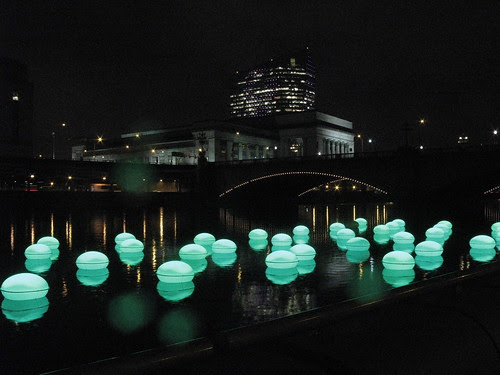