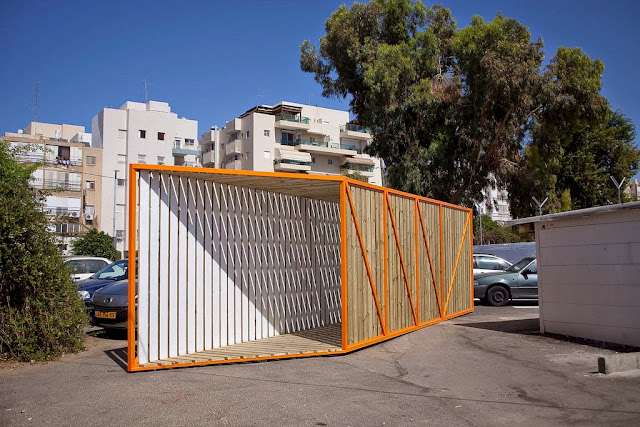 The Northern Gate in Bat Yam, Israel by Team But, Yam

We began this project three days ago without prior knowledge of the site, program and an allocated budget of $2500. We had a design after eight hours of intensive discussions. The frame was erected on site after thirty hours and we managed to finish two hours before our 72-hour deadline.

The Northern Gate is a new beacon at the north end of Ort Israel Street. Situated between two Synagogues, a busy street, a parking lot and a potential secret garden, it acts as a catalyst for transition and discovery.

The “Northern Gate” is:
a Beacon, an Edge, a Screen,
a Gate, a House, a Threshold.

The Northern Gate site provides much needed parking for local residents, while offering them a screen between their homes, gardens and cars. It protects their playing children from the busy street, while setting the stage for ceremony, discussion, peace and transition. It is a beacon of hope, a threshold into the dynamic neighborhood and business district of Bat-Yam. 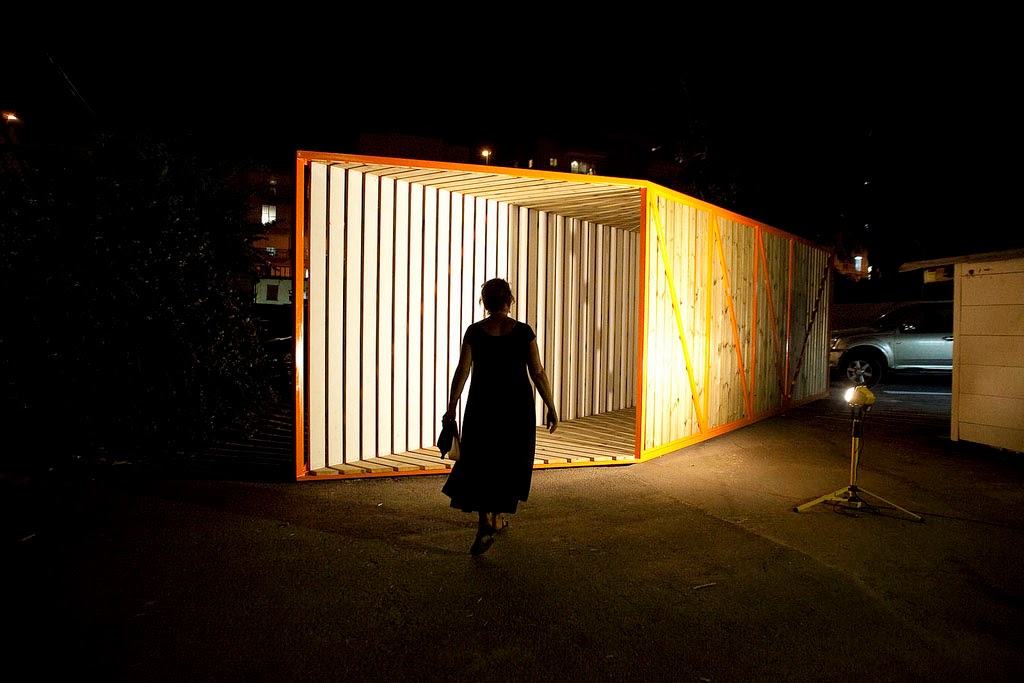 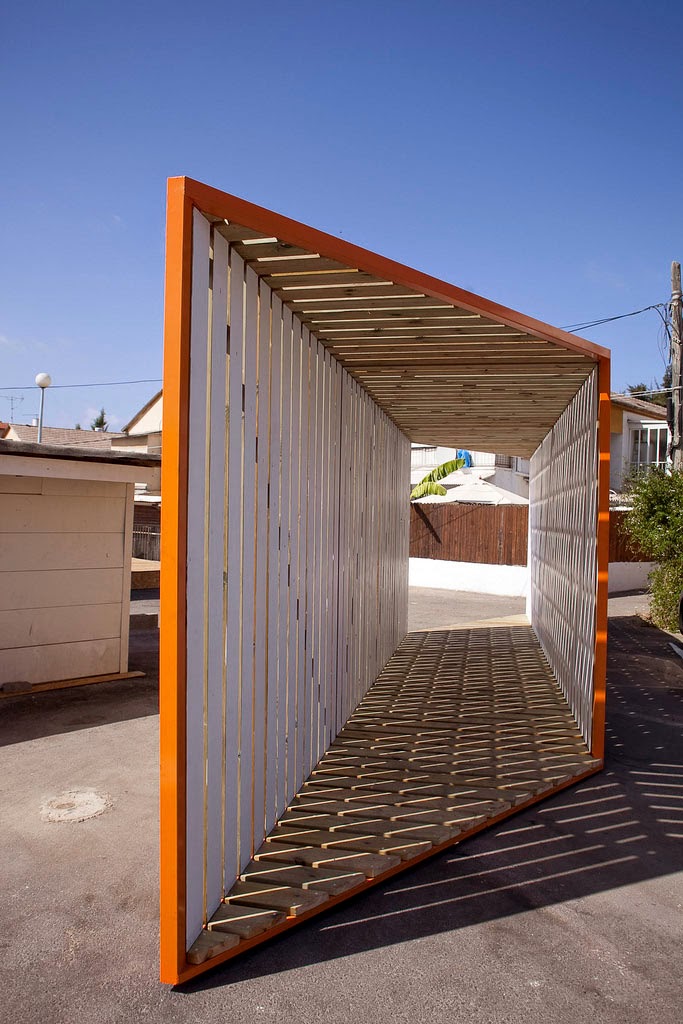 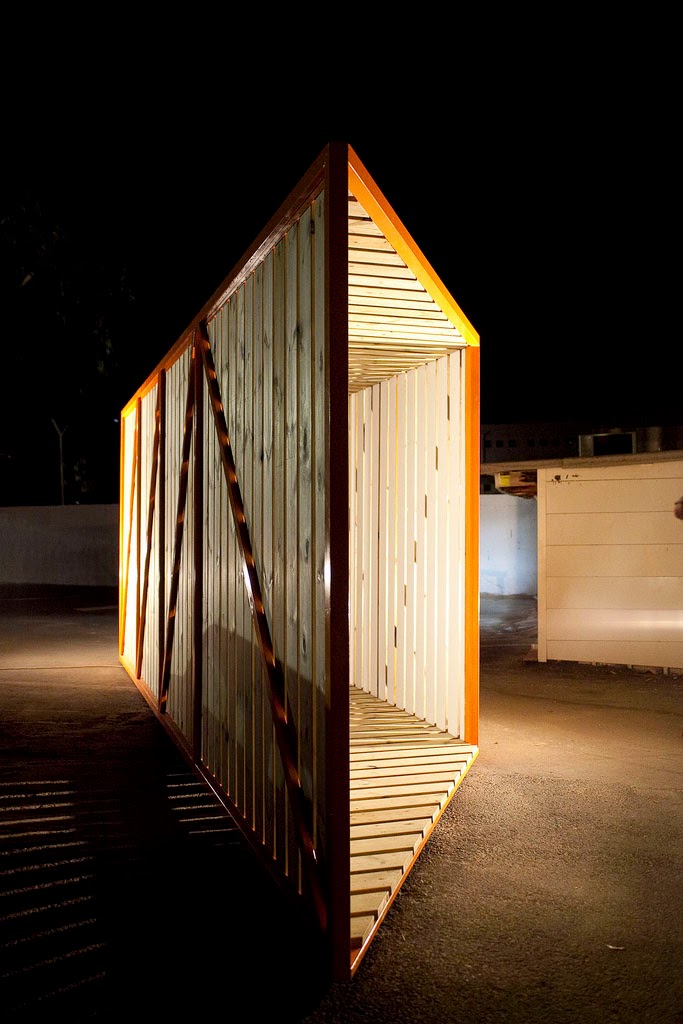 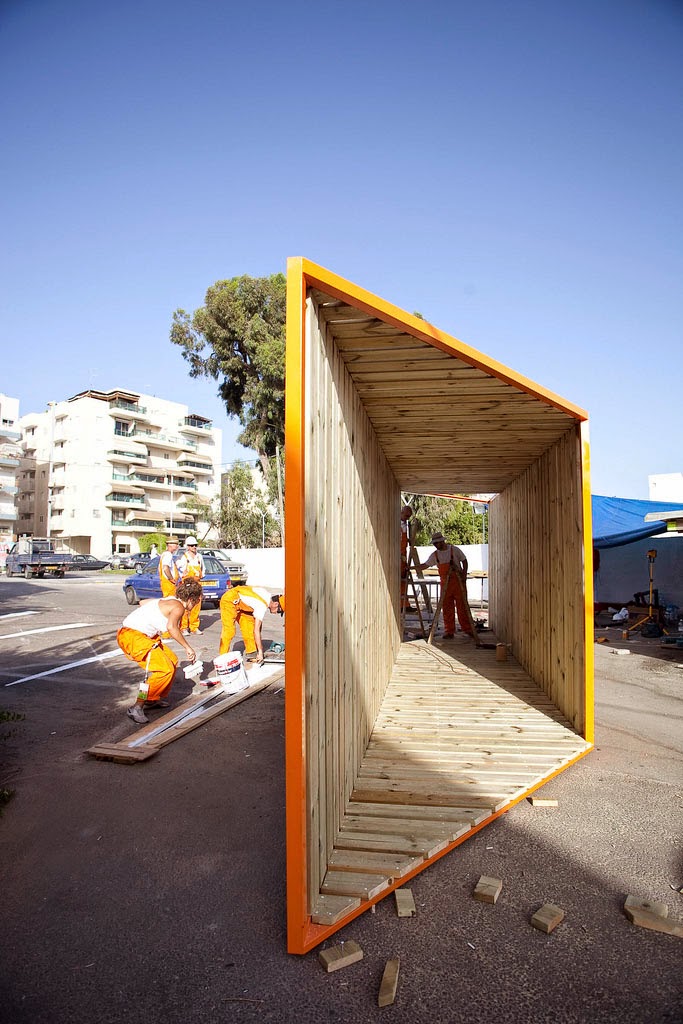 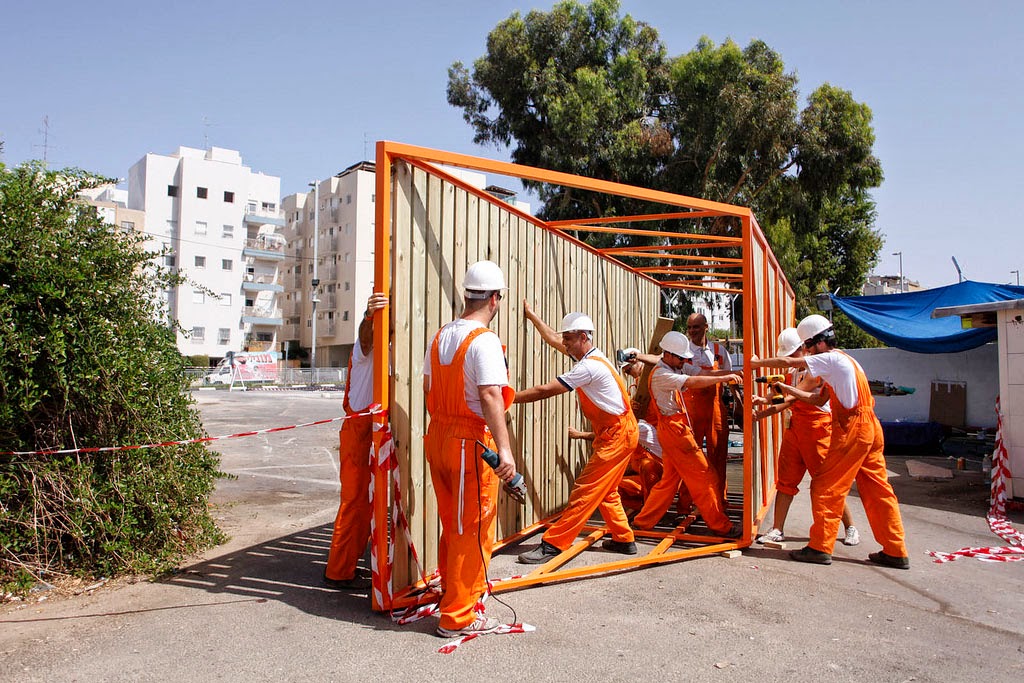 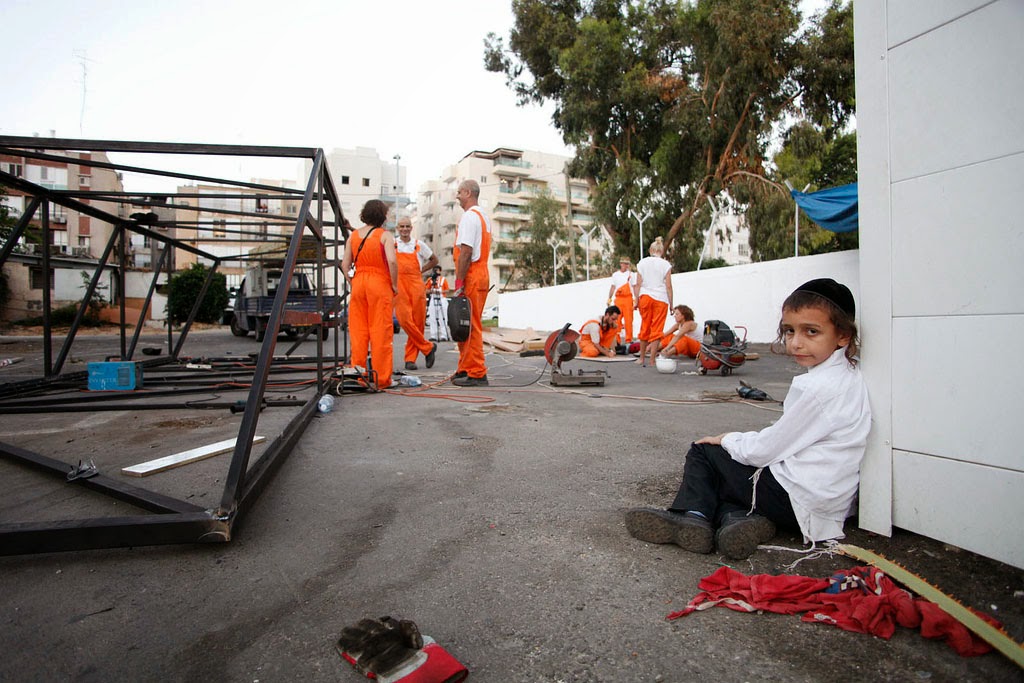 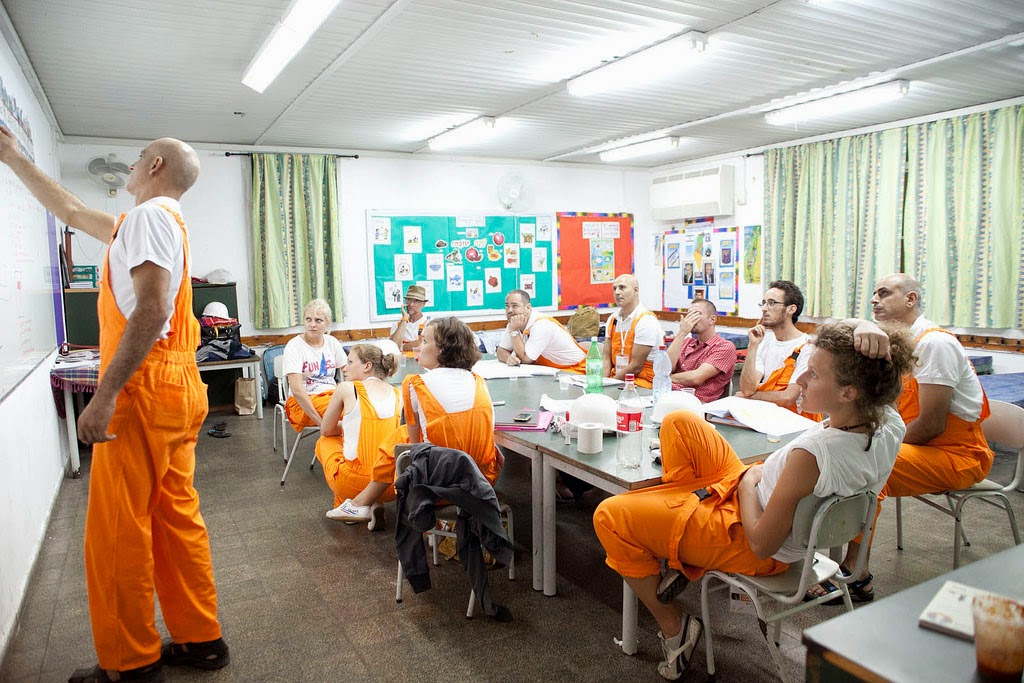 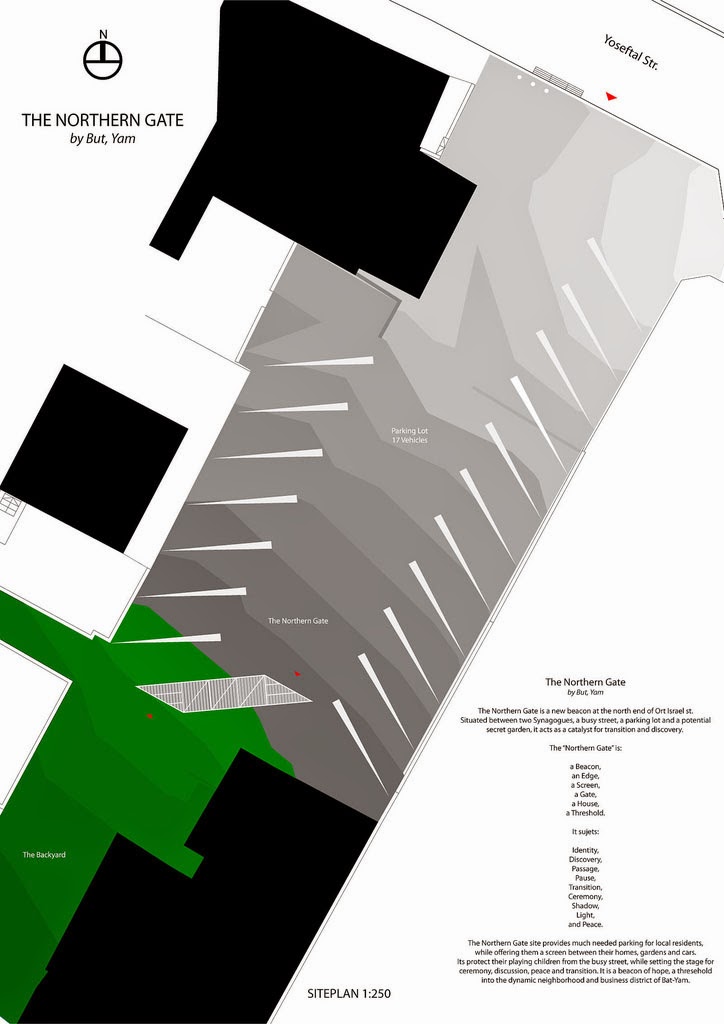 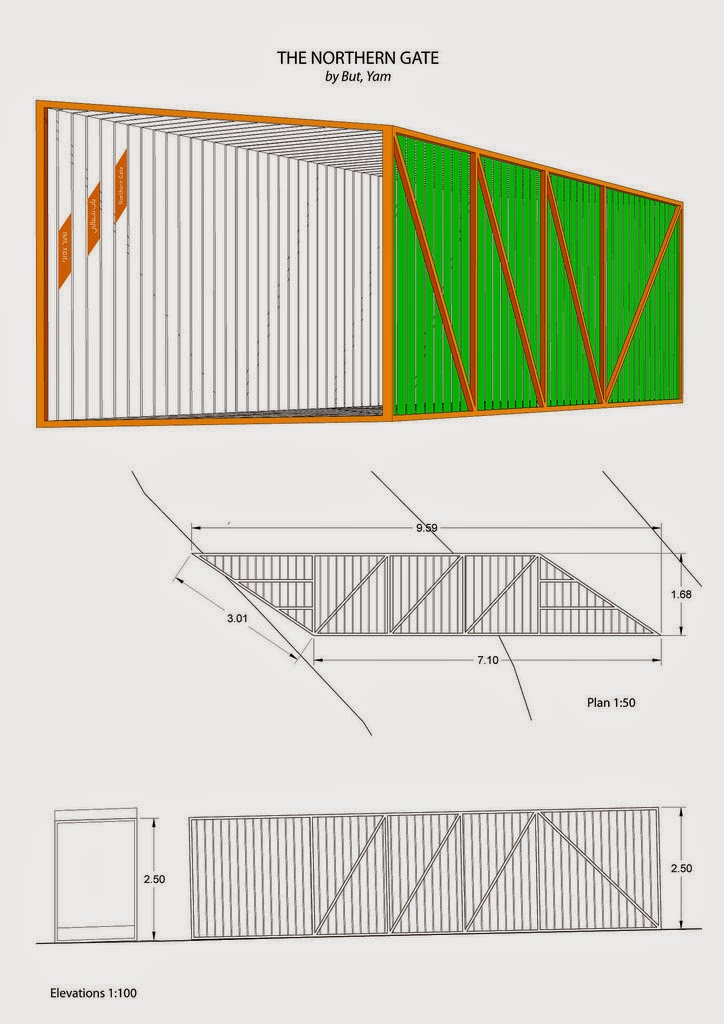