House at the Park 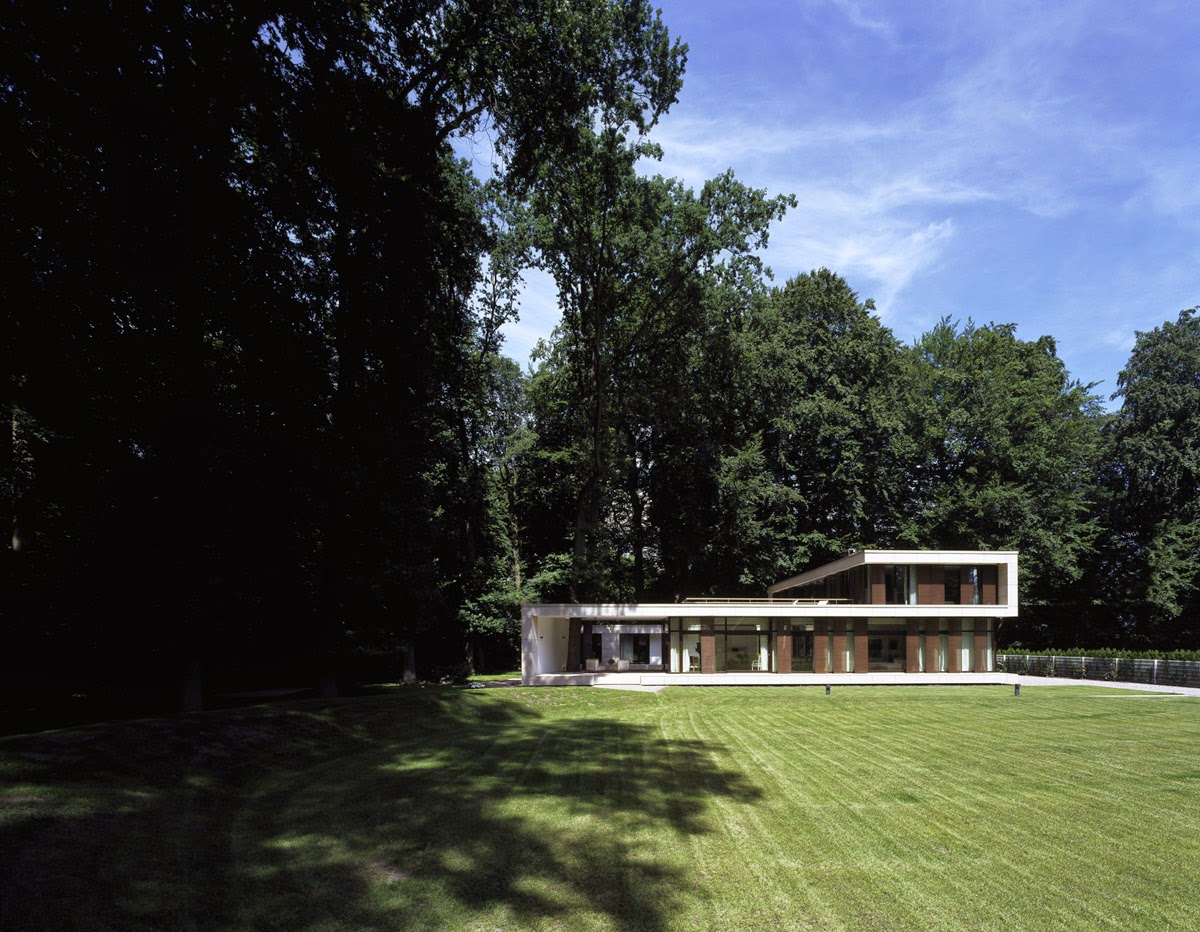 House at the Park in Hamburg, Germany by splendid_architecture, 2010.

Hamburg-based splendid_architecture recently won two awards for their design of "House at the Park" on the outskirts of the same German city. The BDA (Alliance of German Architects) awarded the house an "award for the most beautiful new built house," and it received a public vote for the same. Architects Nina and Stephan Schmid explain that "due to pre-conditions the house was built partly on piles, in order to integrate it into an old tree population."

Seen from the road, the house sits at the far end of an expanse of grass, tucked by the trees as if for protection and views out. Getting closer the S-shaped ribbon that meanders from roof to wall to floor to roof to wall and floor again (in two directions) acts like podium, raising the house above the landscape that it also integrates itself into. The U-shaped plan on the first floor locates living spaces up front and bedrooms with more privacy in the rear; between is dining. The bar above houses the master bedroom.

Of course, the most striking area where the house makes concessions to the trees is the small court near the front of the house. Here the tree rises from a gravel pit flush with the stone floor and pokes through a square opening in the roof above. Oddly this situation replaces the tree's canopy with the architectural one, meaning that those sitting in the court experience only the trees trunk, not its foliage. Instead one connects with the leaves from the house's interior and its roof terraces.

Built for a family of six, the house's generous living spaces are focused towards the central courtyard that is also marked by another mature tree. The varying levels of solidity and transparency, achieved through the use layers of stone and wood in front of glass walls, works towards issues of privacy in a house that is basically on display. With the expansive lawn fronting the house, an introverted focus with more transparency facing the courtyard makes sense. It also reinforces the importance of the trees that the architects worked so hard to preserve. 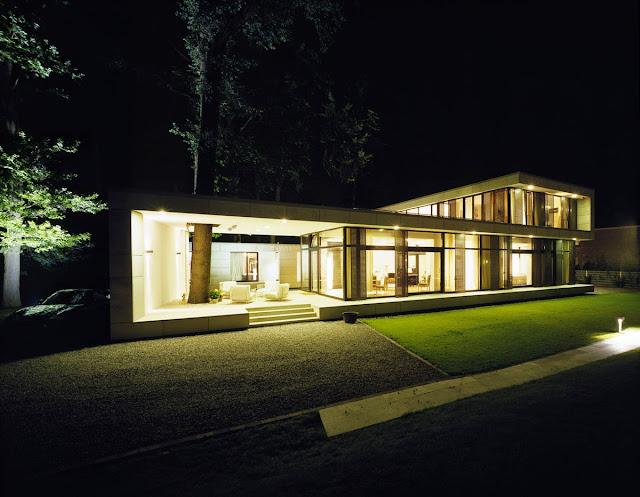 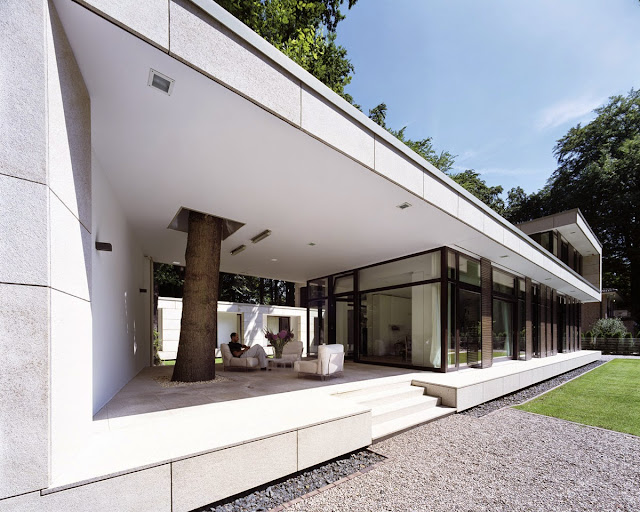 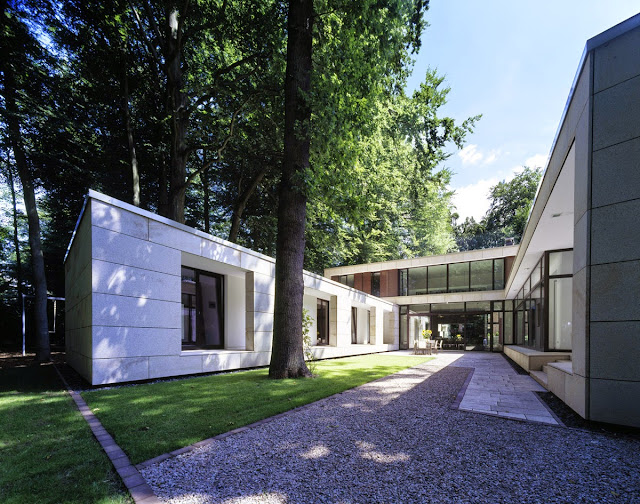 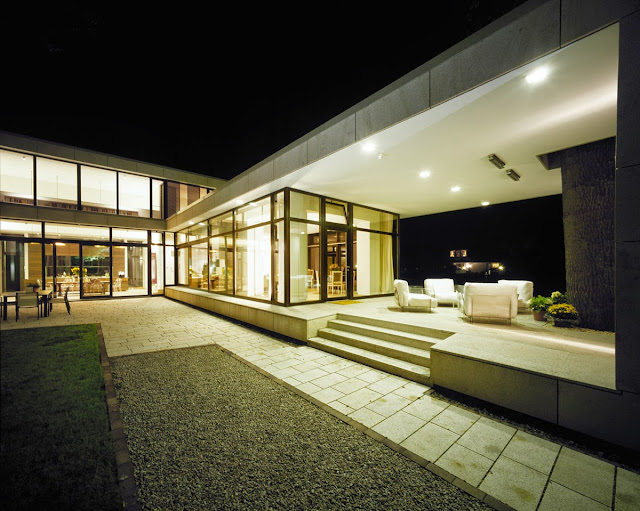 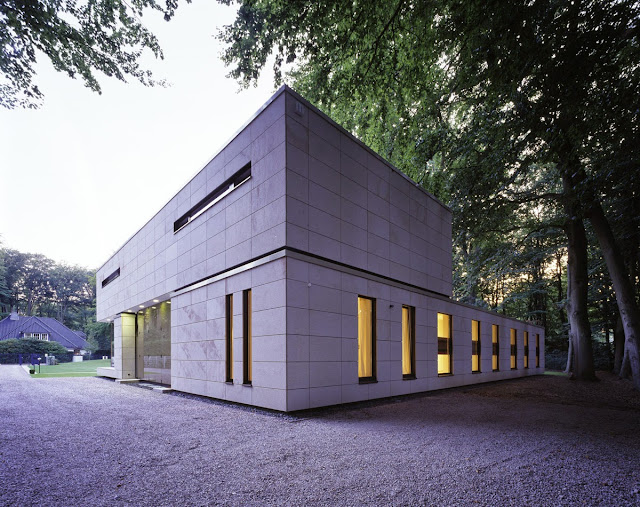 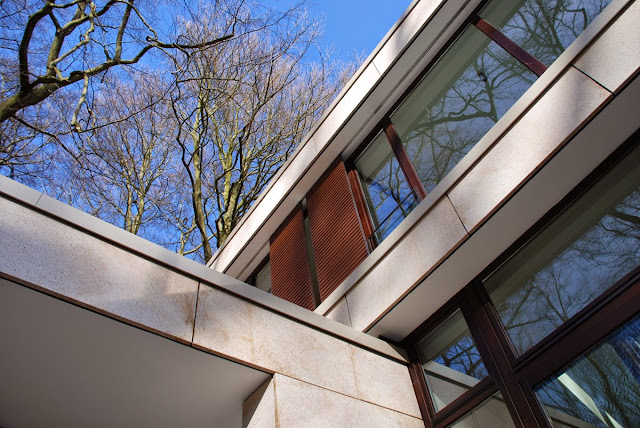 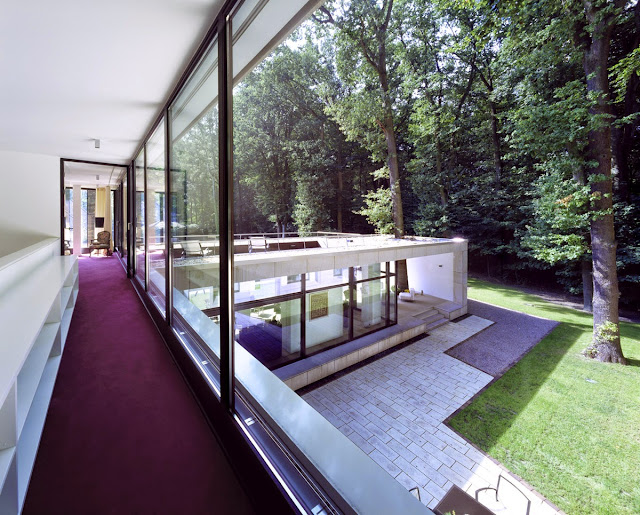 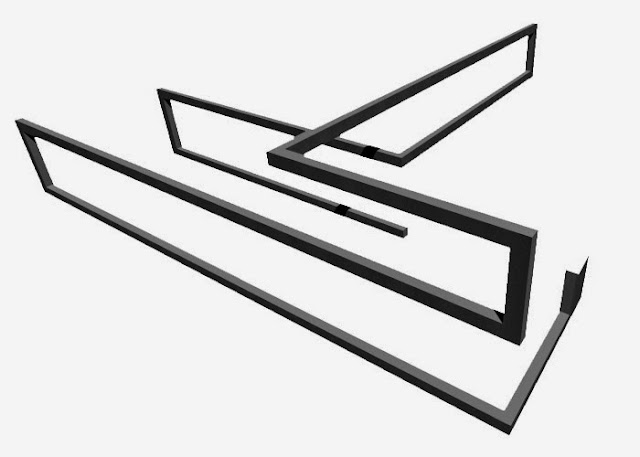