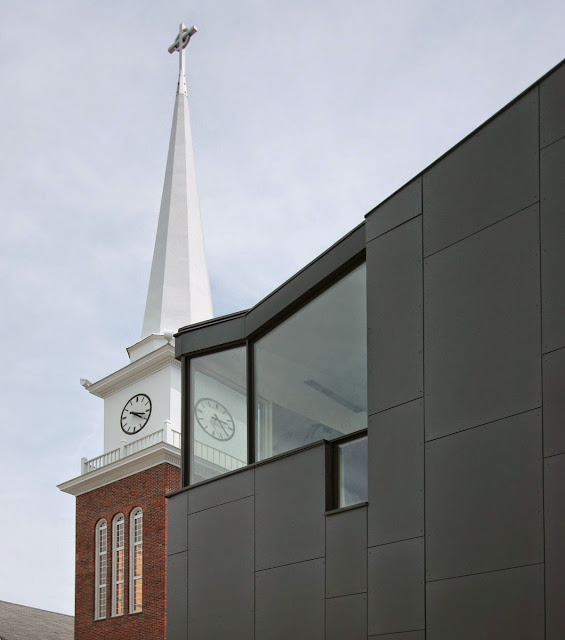 To celebrate its fiftieth anniversary the Korean Church of Boston decided to build a Children's Chapel and Eduction Center next to its existing church in Brookline, west of Boston. They held a design competition in 2003, the jubilee year, won by Brian Healy Architects with an infill design that responds to the unique circumstances of the site as well as the program spaces of worship and study for the church's "third generation members -- the children ages five through twelve."

At about 8,300 sf (770 sm), the addition is small. It interlocks with the L-shaped church -- sited on a block bound by Harvard Street on the east and Holden Street on the west -- with an L-shaped plan of its own, creating a small internal court in the process. The existing church and Children's Chapel front Holden Street and the civic institutions across the street. While the church formerly turned its back on the commercial strip of Harvard Street, Healy extended the building and created a pavilion with a new entrance on this busy thoroughfare.

But providing a secondary entrance on Harvard Street was not a simple and direct task, due to a 9-foot (2.75m) change in elevation across the site. The architects removed the old plinth and retaining wall, excavating to grade to create a new plaza. This outdoor space and the adjacent building extension (both part of the soon-to-be-completed phase 2, with the phase 1 chapel and renovation of 2,133 sf (200sm) in the existing completed last summer) will comprise a new Community Center.

From the dark rainscreen-clad volume on Holden Street, access to the chapel is up a flight of stairs lined in bamboo-picket guardrails with narrow openings. Another bamboo wall screens the stair from the chapel, its floor and risers in wood, and its wall and ceiling of acoustical panels. The last are articulated like the new exterior volumes, staggered vertical panels in varying widths. In this sense, among other ways, the building approaches a contemporary Arts & Crafts ideal; interior and exterior fuse into a total work, extending to the shaping of exterior spaces and its relationship to its surroundings. 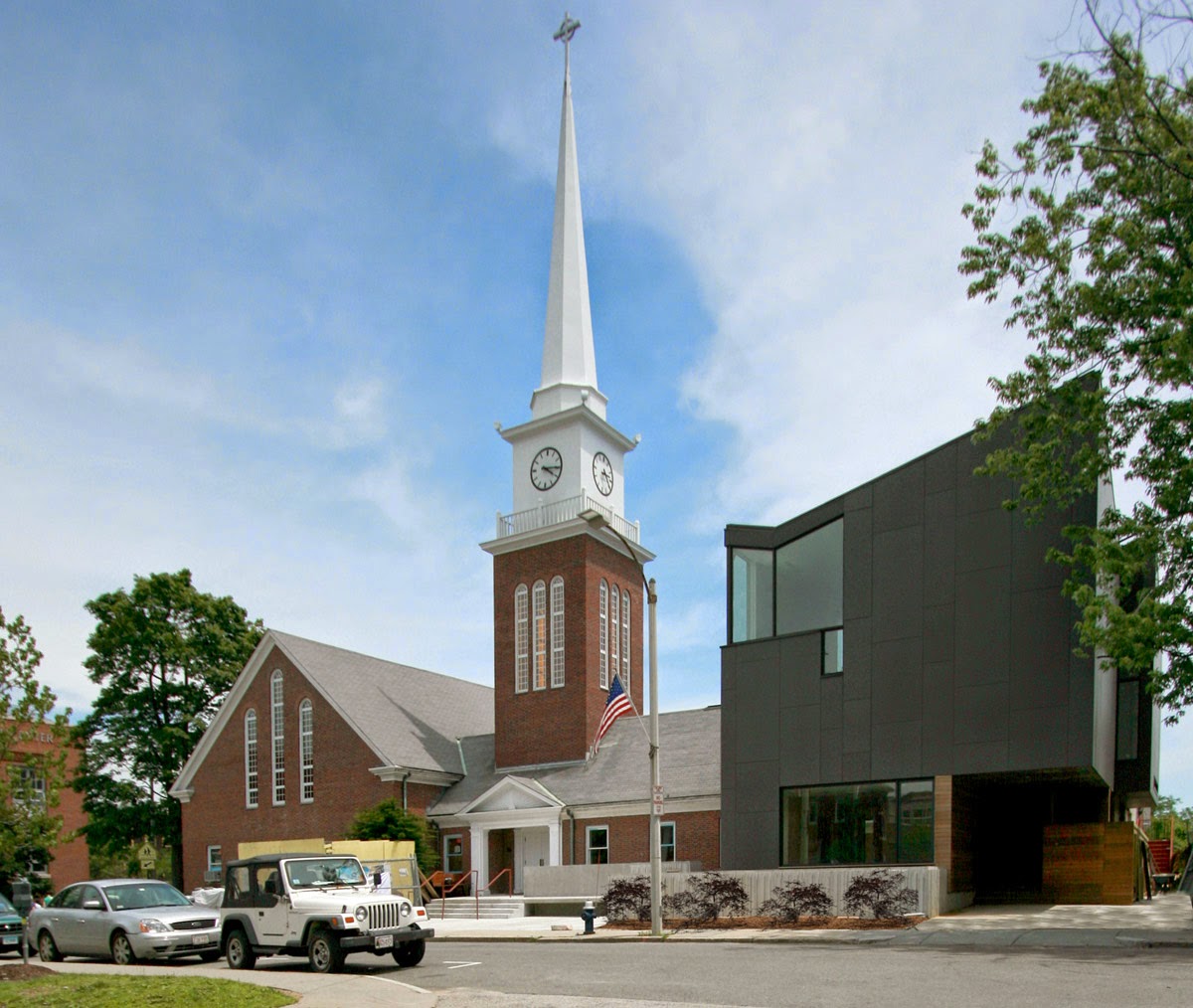 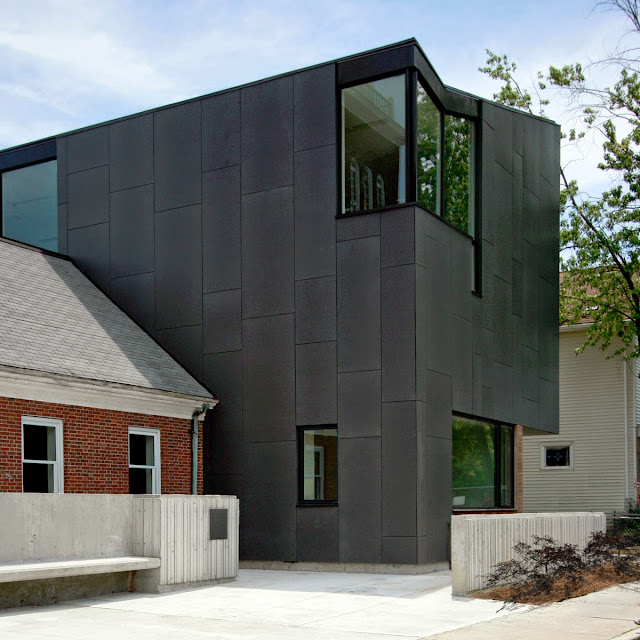 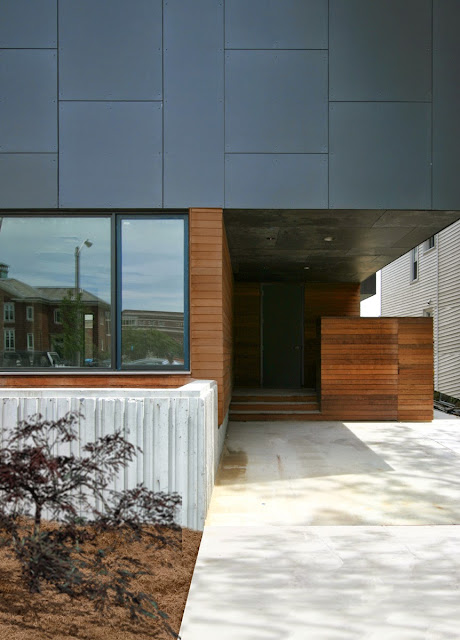 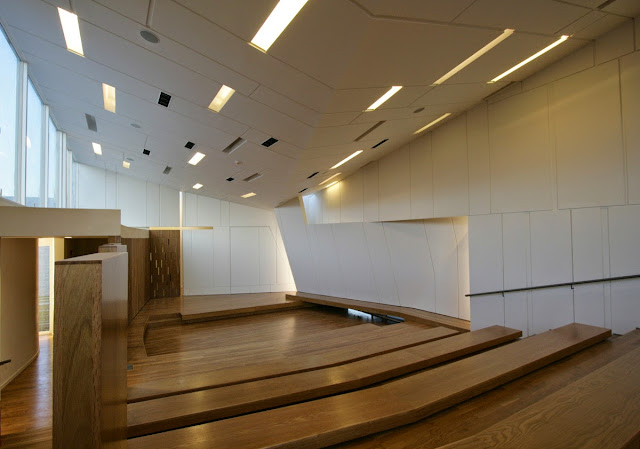 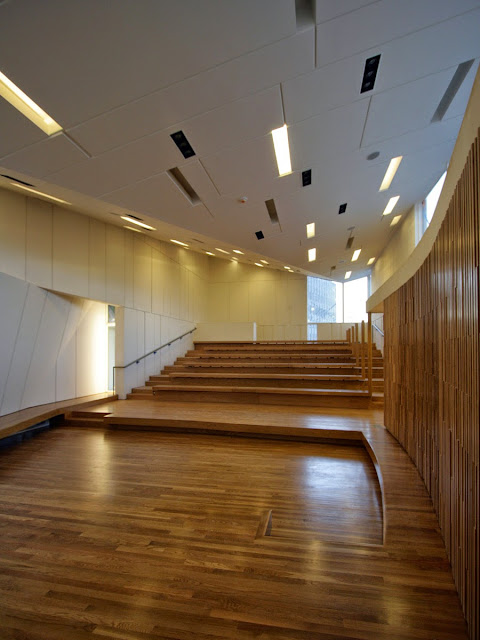 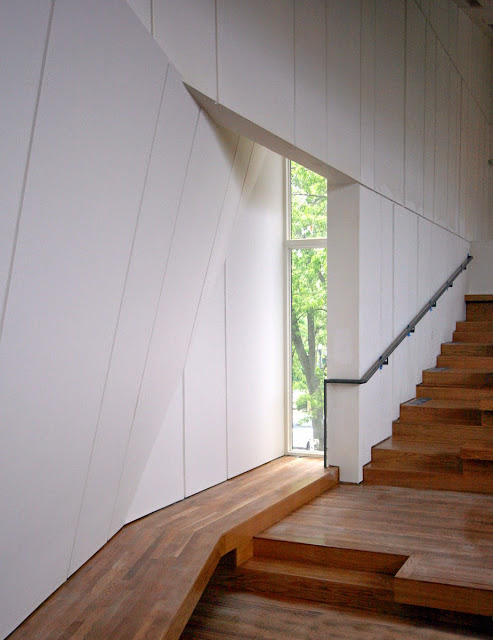 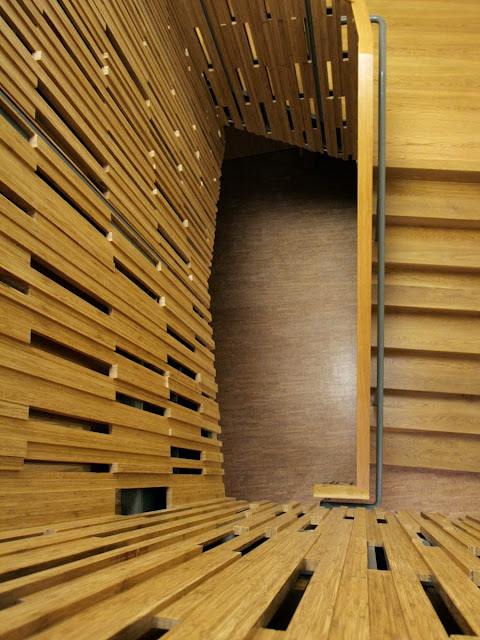 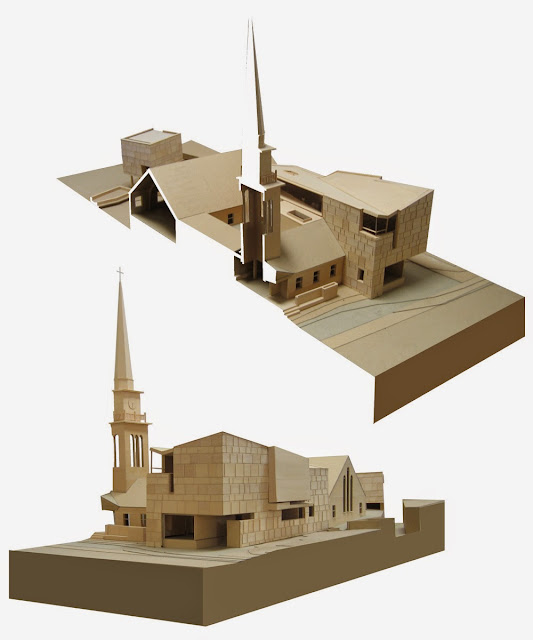 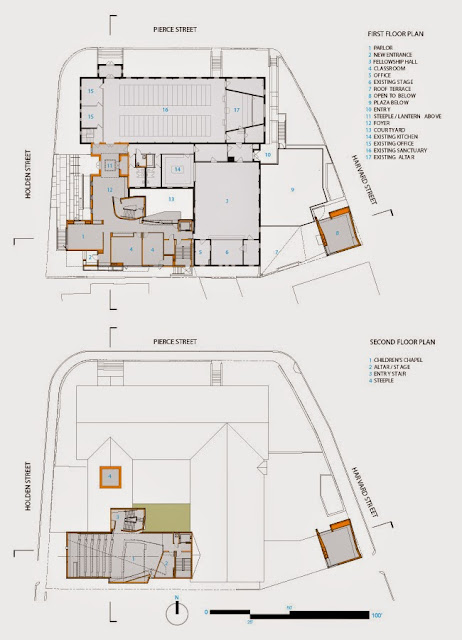 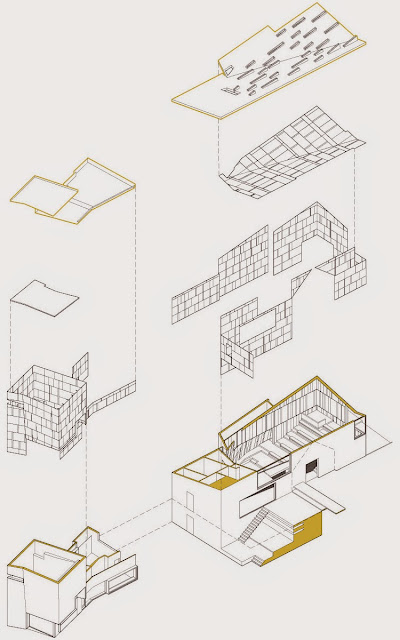