Watching The Good Wife this evening (yes, I'll admit I watch it), I noticed something familiar, a view of a street that looked straight out of Groundhog Day, one of my favorite movies. A couple minutes research on the 'net and what did I find? It's lifted straight from the film! 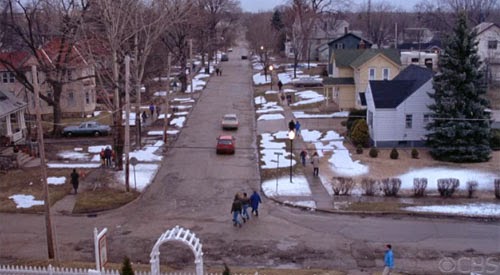 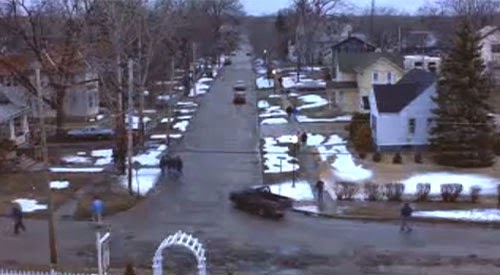 For all I know this is common, and most likely the makers of The Good Wife paid for the two-second clip and are using it legally, but it's funny how they make the figures walking in the middle of the street (they are further left in the Groundhog Day clip, which is a second or two later than the clip above) become the characters in the TV show when they cut to the next close shot. Check it out.
Email Post