Book Review: Travels in the History of Architecture

Travels in the History of Architecture by Robert Harbison
Reaktion Books, 2010
Hardcover, 288 pages 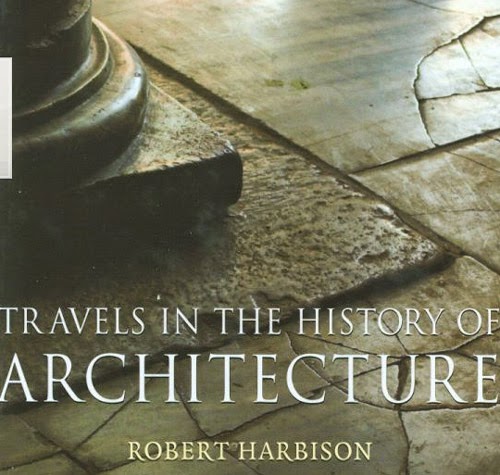 Histories of architecture are quite a particular bunch. Known by their authors -- Trachtenberg and Hyman, Sir Banister Fletcher -- the large-format and heavily illustrated books chronologically trace major buildings in Western history, from Egypt to Post-Modernism. Geared primarily to architecture students, these and other textbook-like histories take an art-historical approach to cataloging and describing buildings based on aesthetic and formal grounds. So Greek architecture is looked at in terms of the orders and proportions; Roman architecture, the arch; Gothic architecture, groin vaults and flying buttresses, and so forth. These are incomplete histories that ignore that developments are not always linear, skipping decades or more. They also play down the social, economic, political (minus important leaders and clients), and other contextual factors that influence architecture and its many forms.

As I started Robert Harbison's compact book on the history of architecture, it sounded like he was writing the anti-history, taking the opposite position of the above books to create an idiosyncratic though no less understandable presentation of architecture's past; small instead of big, lesser known buildings instead of masterpieces, nonlinear instead of chronological. But shortly after the book's first sentence a more subtle tactic is presented: "Perhaps I simply hope to rewrite the canon, not to topple it, perhaps only (some of the time at least) to give new reasons for the inclusion of the same old monuments." Having read a few of Harbison's books previously (Eccentric Spaces; The Built, the Unbuilt, and the Unbuildable; Thirteen Ways; all recommended), I didn't think this would be a bad thing. His insight and prose, rooted in experience and the articulation and expression of it, paint vivid pictures of places and present unexpected points-of-view. His vertiginous description of ascending into the dome of St. Paul's in London comes to mind.

Like the histories of Trachtenberg & Hyman and Fletcher, Harbison starts in Egypt, and he ends with Deoncstruction. Also similar are the chronology of the chapters and the focus on Western architecture, mostly Western Europe. Yet a chronology in the vein of Romanesque beget Gothic, Renaissance beget Mannerism, is questioned in the writing, looking at original sources, other histories, and first-hand experience. In the case of the last -- which informs the focus on Western Europe, where Harbison has traveled most and knows best -- sometimes unexpected details come to the fore rather than the architectural elements we've learned to appreciate elsewhere. It is these moments of elucidating a style or movement from canonical works that stand out in Harbison's "rewriting."