I just realized the Jim Jennings Architecture's Howard Street Residence in San Francisco -- completed in 2001 and published in Record Houses in 2002 -- no longer has its distinctive Cor-ten steel facade. 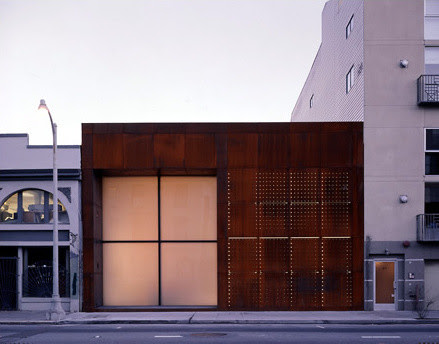 As the architect asserts on his web page (the project is labeled Soma House), "the heightened grittiness of the [South of Market] neighborhood -- ceaseless graffiti -- has necessitated a complete material transformation of the facade of the 4,500 sf courtyard house. A screen of stainless-steel panels is replacing the Cor-ten steel in a move to adapt to the new urban condition rather than fight it." According to his web page, this iteration was completed in 2008.

Update 04.13: Here's a photo I found on flickr that shows the intermediate condition, when the lower portion of the Cor-ten steel facade was painted to cover the graffiti. 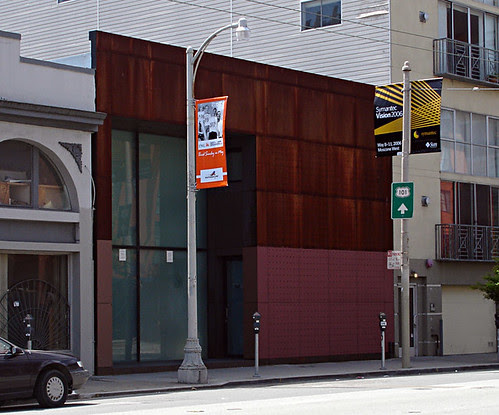