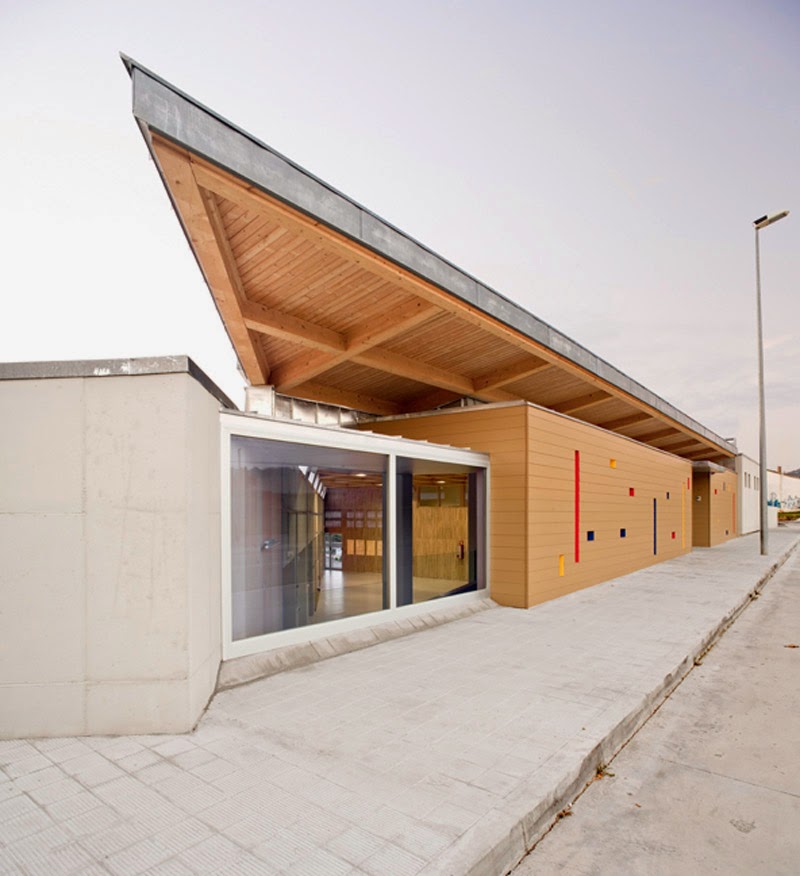 On the eastern edge of Torelló, Spain sits the La Cabanya Nursery School, which shares its name with an adjacent park of the same name. Designed by SAU Taller d'arquitectura, the school is a triangular building -- more accurately, one could say it is three buildings in a triangular arrangement, all joined by a skylit space in the center. This triangular space links the program pieces that are laid out in rectangular bars, but it also serves as an extension of the dining area and a performance hall.

The three edges of the larger triangle contain the classrooms (overlooking the park to the south), management and services (also the entry on the north edge), and vertical circulation (on the main road to the east). The last contains a series of ramps that serve the upper floor of the second, while also providing a second access from the street. Therefore this primarily solid section of the building negotiates the site's change in grade; it also gives the school a strong image via the floating roof and an expanse of glass that gives passersby a glance into the building's triangular core.

Around the corner the management/service section features a top-floor cantilever that reaches towards the small courtyard, highlighting the main entrance and presenting a colorful face. Yet it is the classroom module that receives the most attention of the three. The plan situates nap rooms between the classrooms, in the process creating small outdoor spaces that give the classrooms corner windows. This plan is reminiscent of Eliel Saarinen's Crow Island School outside Chicago, but La Cabanya's classrooms share these outdoor rooms capped by glazed canopies. The classrooms also feature what the architects call "interactive panels," which "regulate the entry of light and can be used as a game."

Each of these three modules also presents a facade to the capped triangular space in the center. The entrance is covered in wood panels, the classrooms are white with splashes of color echoed outside, and the space under the ramps is utilized for strollers. Overhead a series of south-facing skylights, combined with clerestories, brings plenty of natural light to this space. It's apparent the architects considered the needs of the children and the providers when laying out the spaces small (classrooms, shared outdoor spaces) and large (inner courtyard). It's a simple response to a triangular site, but one that creates a strong -- and protected -- sense of place. 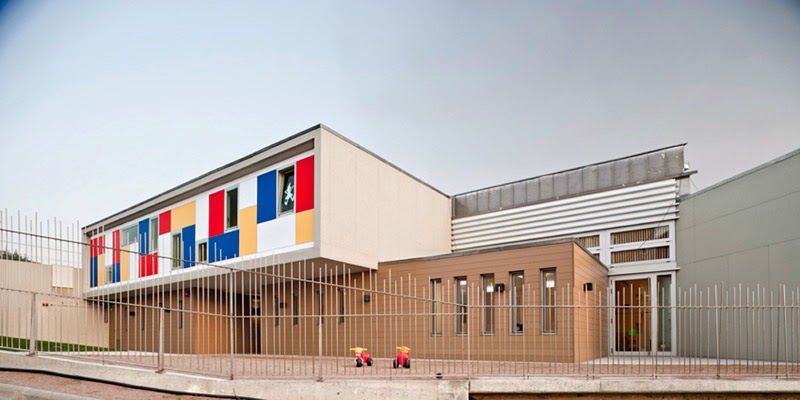 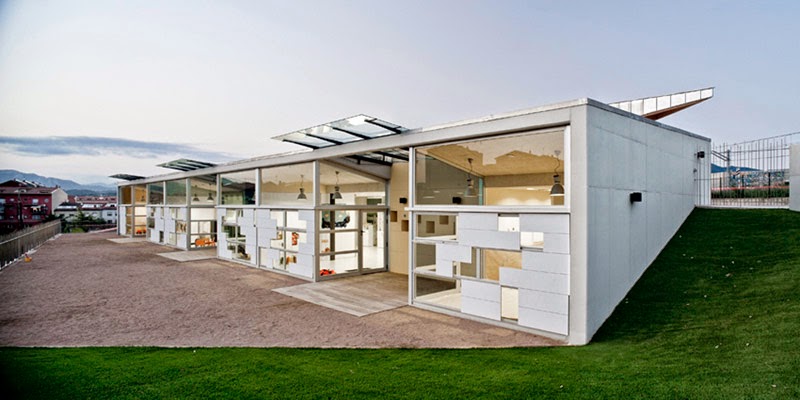 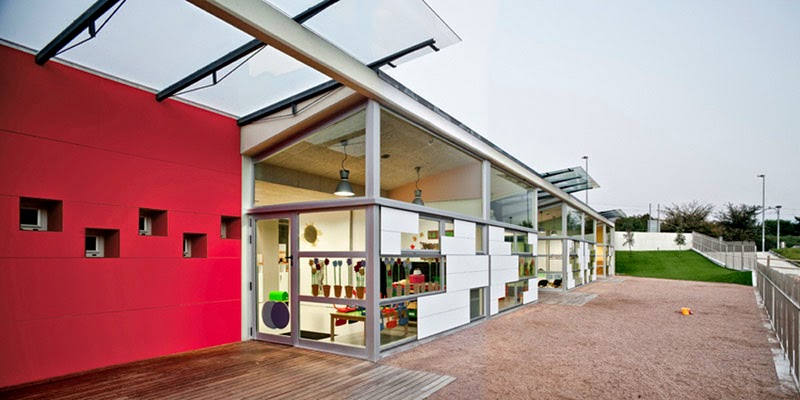 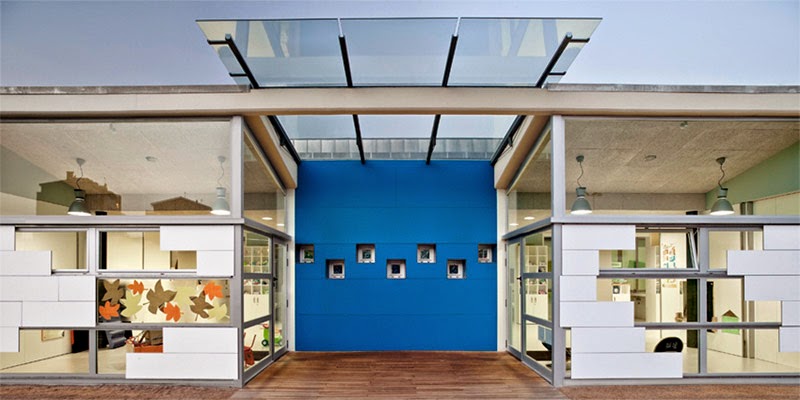 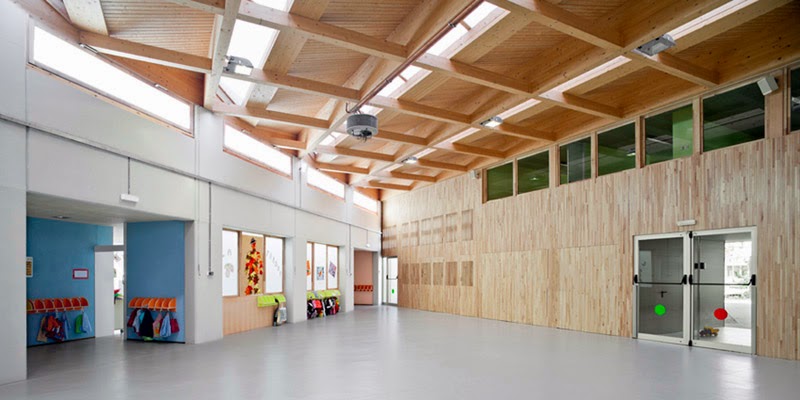 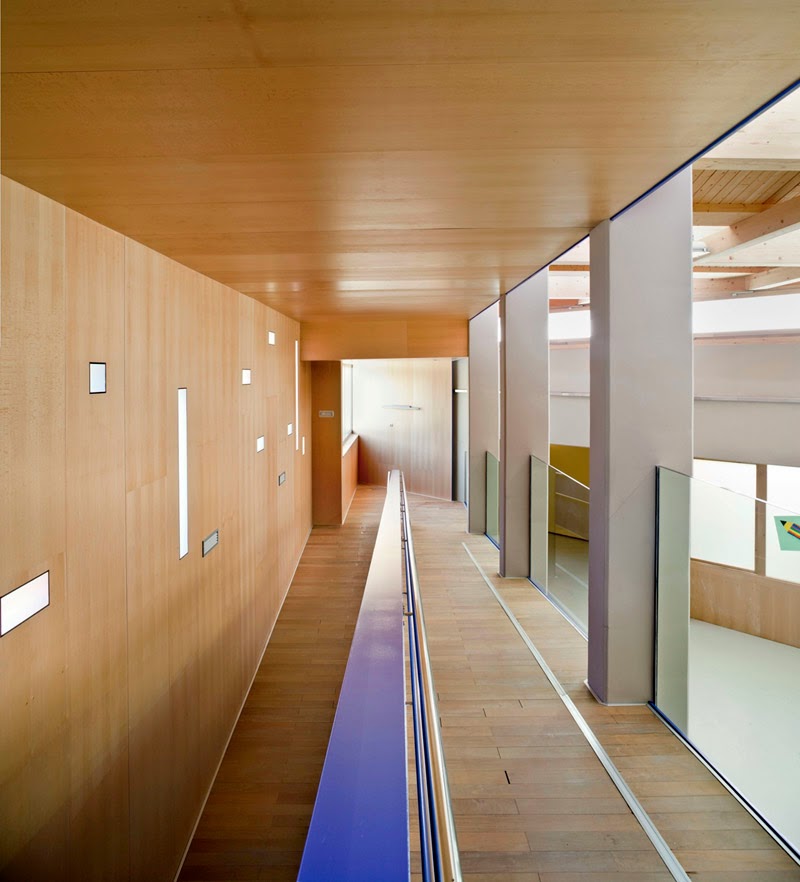 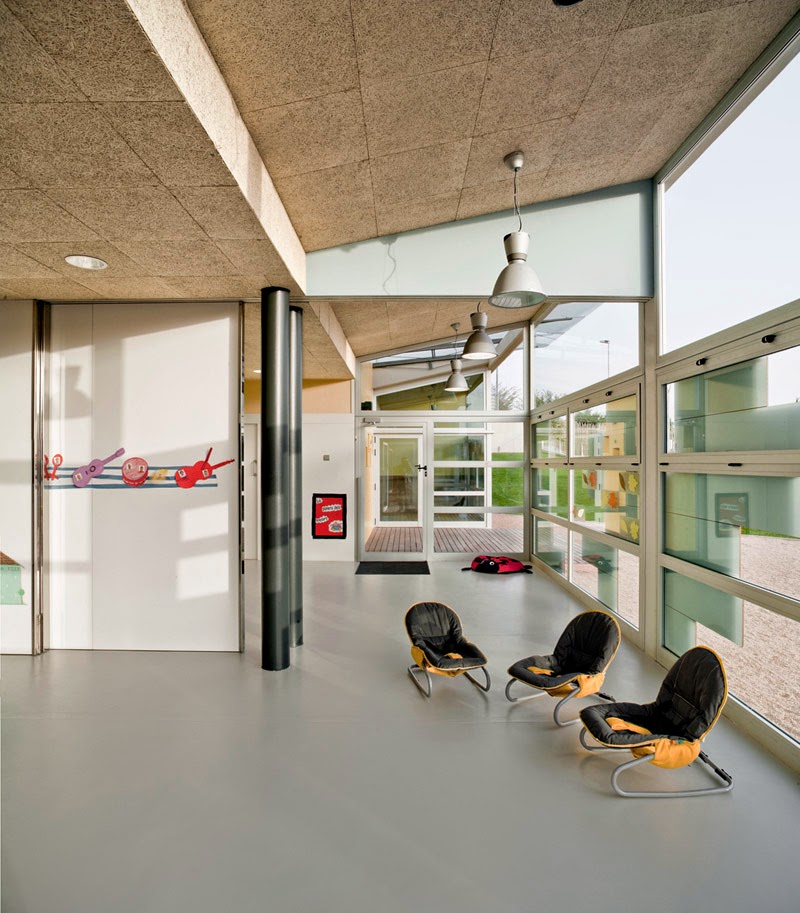 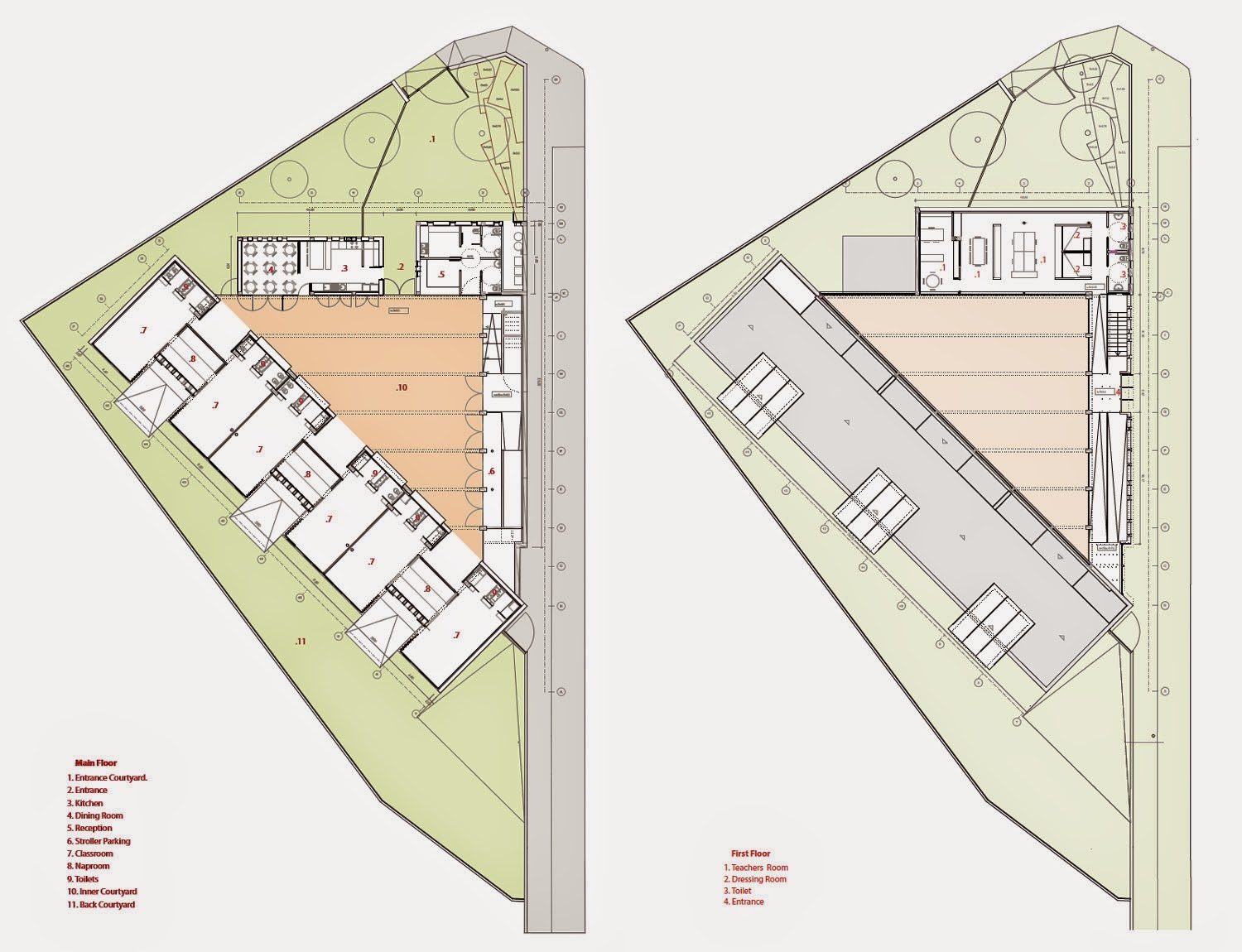 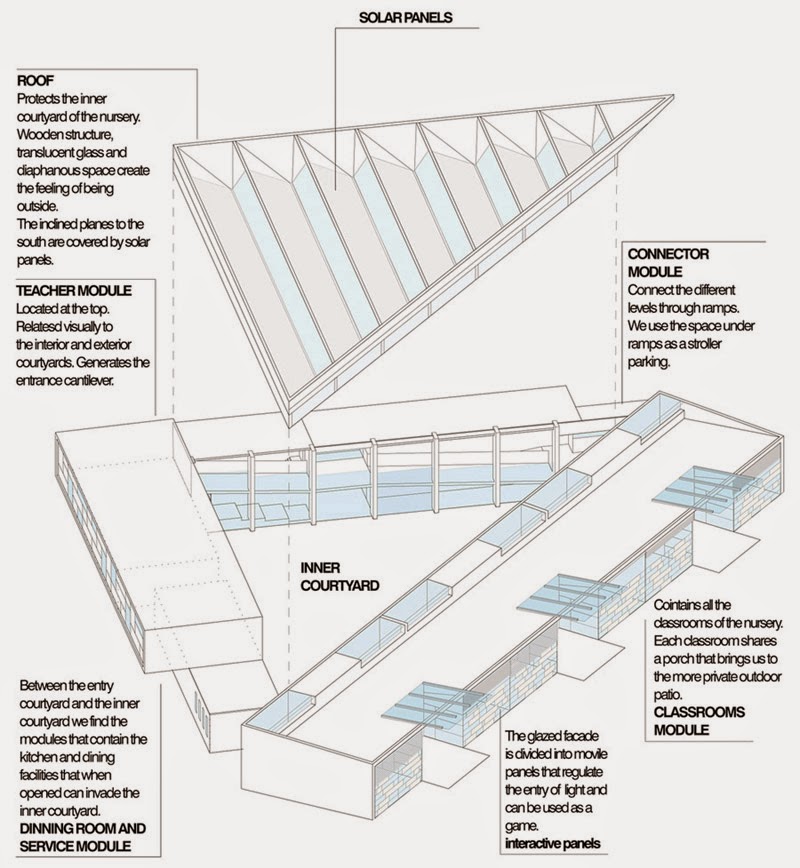