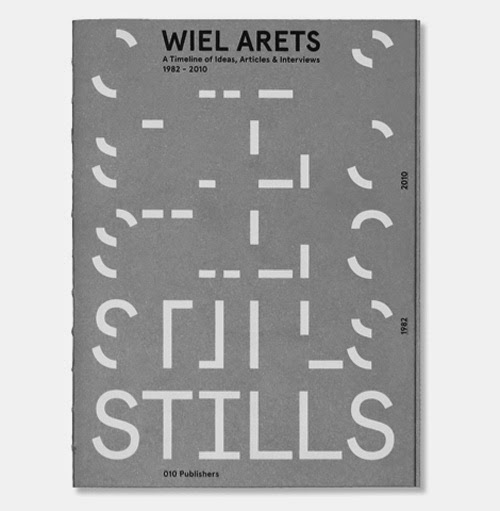 Near the end of undergrad architecture school I photocopied a bunch of essays and projects by Dutch architect/then Dean of the Berlage Institute Wiel Arets, piecing them into a booklet bound with black electrical tape. Still on my bookshelf fifteen years later, the essays in comprise about half of the roughly fifty pages, exhibiting the importance of writing for Arets, and putting him in the company of architects like Peter Zumthor and Juhani Pallasmaa. Arets may be known for his incredible graphite, perspectival drawings -- the one of the Academy of Art and Architecture at the top of this Abitare interview is easily my favorite -- but words also have their place for him, enabling the architect to explore intangibles, study other architects, and communicate as an educator.

Stills collects significant essays by Arets as well as interviews with him (in both ways, as subject and interviewer) and articles on his architecture and role as an educator. Clocking in at over 600 pages, there is certainly a lot of writing coming out of Arets and a good deal written about him (I'd guess the percentage of the two types here is also about 50/50). I'm glad to see that the essays in my photocopied creation are present here, and they are singled out as some of Arets' best: "A Virological Architecture," "An Alabaster Skin," and "'Casa come me' - a sublime alienation." Unfortunately articles like the last, which written with Wim van den Bergh on Casa Malaparte, are reprinted without their original illustrations. Instead we are presented with black-and-white photographs of Arets' buildings, which coincide with the chronological chapters that structure the book. These photos show an evolution of his architecture alongside the evolution of his ideas, the latter of which moves from the formal aspects of architecture to the city as an important domain for research and exploration. 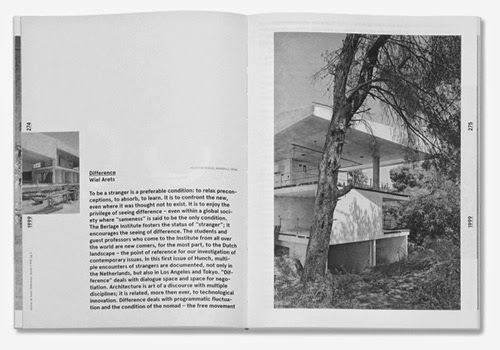 Some comments on the book design by Mainstudio. While the book is only black and gray throughout, the page layout, typography, and integration of images are handled skillfully. For example, the articles by Arets are set in a large, bold font, descending in size and thickness to the articles by others and then the interviews; only in the case of the last does some of the text, in metallic gray, strain on the eyes. Further, the thick book is treated with an exposed spine, so we see the construction of the book itself, just as the book reveals the metaphorical construction of Arets' ideas and architecture. 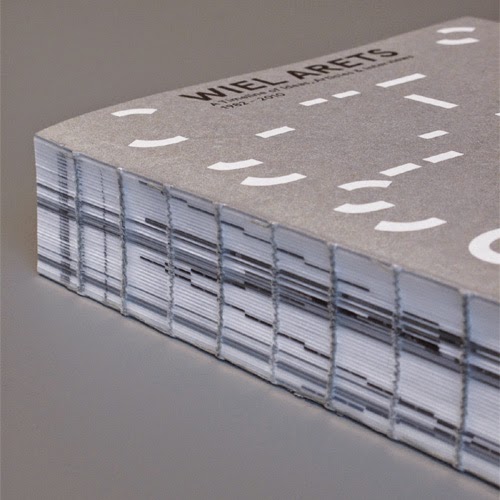