Half Dose #91: City of Culture of Galicia

Thanks to Duccio Malagamba Architectural Photography for sending me the below photos of the City of Culture of Galicia in Santiago de Compostela, Galicia, Spain by Eisenman Architects. 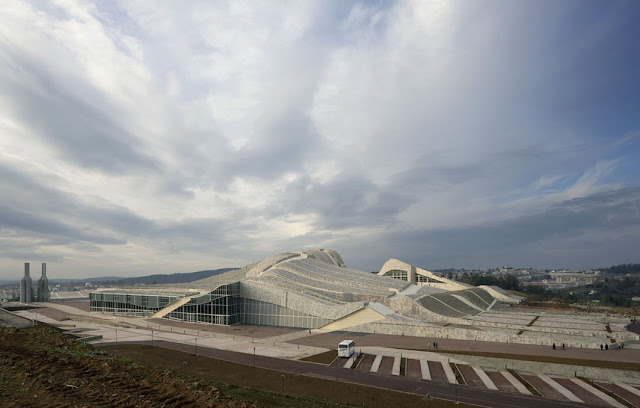 Last week I found a used copy of Eleven Authors in Search of a Building. The building that K. Michael Hays, Henry N. Cobb, Sarah Whiting, Sanford Kwinter, Jeffrey Kipnis and others are "searching for" is the Aronoff Center for Design and Art at the University of Cincinnati, designed by Peter Eisenman. (Many of the same gathered at the building for a special taping of Charlie Rose on the building's significance and the future of architecture in America.) The building was completed in 1996, the year I graduated from undergraduate architecture school. The design was a big deal in those years; it was featured in the 1991 Venice Biennale, alongside Frank Gehry's design for the Walt Disney Concert Hall; it was an early and influential example of using the computer in architectural design, layering and torquing various blocks and grids; and its spaces seemed amazing in terms of complexity and effect. The qualities of the last, among others, come across in the book's numerous drawings and photos, be it computer wireframes, construction shots, or photos of the winding interior concourse. 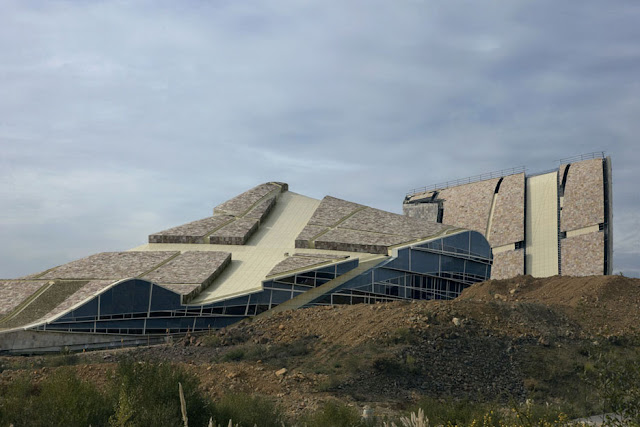 I bring up Eisenman's project from two decades ago because much of it carries over into his design for the City of Culture of Galicia, a "landscraper" that is promising to be his magnum opus. (See my 2008 feature on the building in project form.) Of course the Aronoff Center can be seen as an extension of his projects going back to the 1970s, such as the well-known House series where the manipulation of grids leads to complex and sometimes unusable spaces. The photo above, for example, shows a grid overlaid onto the curving and Central Services Building, extending up the exterior wall of the Museum in the background, as if the abstract grid is a trace that exists regardless of the building's form. (So far the Library and Archive are the only pieces of the City completed and open to the public.) 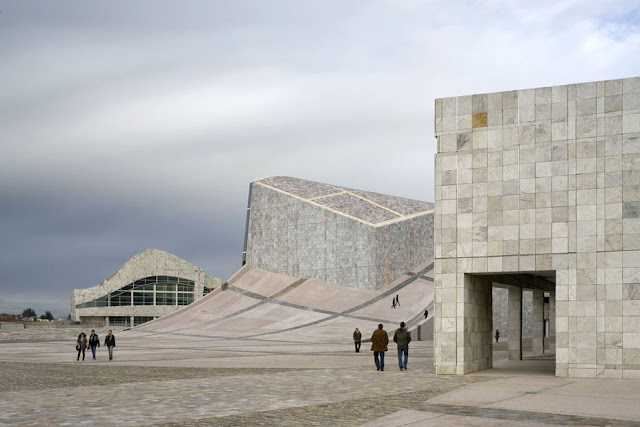 Like in Cincinnati, where Eisenman manipulated grids derived from the program and the existing buildings on the site, the form of the City of Culture uses overlays and distortions to create what can be seen as landscapes as much as buildings. As one or two of the eleven authors point out in regards to the Aronoff Center, Eisenman's building really doesn't have a traditional exterior, since it merges itself with the existing buildings and the sloping site. That effect is more pronounced in Spain, where the buildings try to rise seamlessly from the terrain. Further the space between the buildings is fissure-like, as if the forms were created by seismic activity. 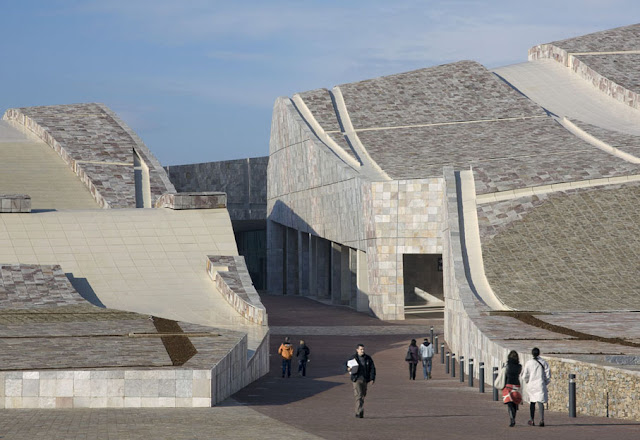 Yet it is inside where I'm struck by the consistency of the City of Culture with Aronoff Center. The complex circulation spine of the latter (more photos here) is like a collision of structure and surface, as if the space is a residue of the formal maneuvers creating the building envelope and program spaces. Added complexity and confusion comes with the articulation of the ceiling through angled cuts and lighting, the treatment of the walls and columns with projections, and the various colors and grids in the paving. All is capped by a skylight and suspended grid with artificial lighting. 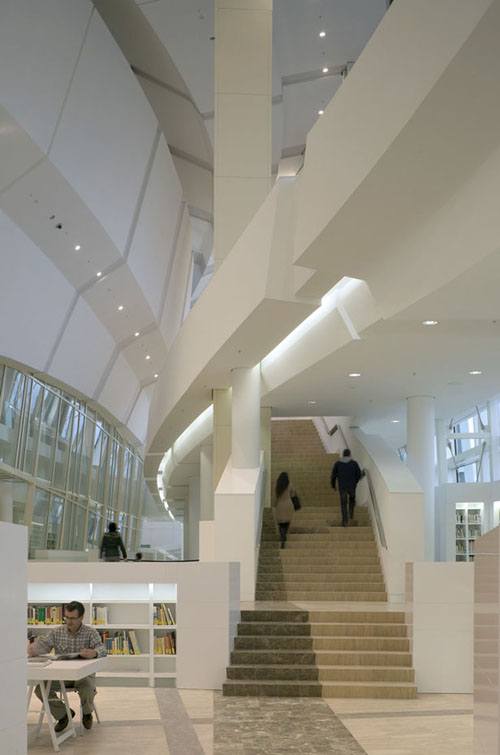 All of that is evident at the City of Culture, minus the skylights, since the roof is a solid topography that melds with the landscape. Yet here the spaces are much more sensuous, owing to the different curves that lead the eye in all directions. As well Eisenman has divorced himself from the pastels that dominated the Aronoff, and perhaps dated it quicker than it should have, so the whites and earth colors of the City of Culture let light and form prevail over color. I've always had the feeling that Eisenman's approach makes circulation spaces become concourses, appropriate for a convention center but not an educational or cultural institution. With these spaces I don't get that feeling; they seem to fit the individual buildings and the scale of the City of Culture. I'm hard pressed to explain why, but gut reaction and sensation might be the best ways to deal with an architect whose idea of form-making is purely formal and quite arbitrary; or as Frank Gehry is quoted in Eleven Authors, "The best thing about Peter's buildings is the insane spaces he ends up with. That's why he's an important architect. All the other stuff, the philosophy and all, is just bullshit as far as I'm concerned." 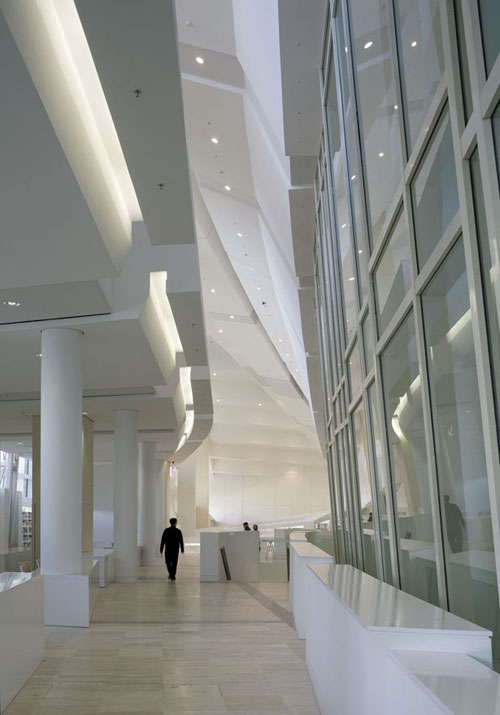