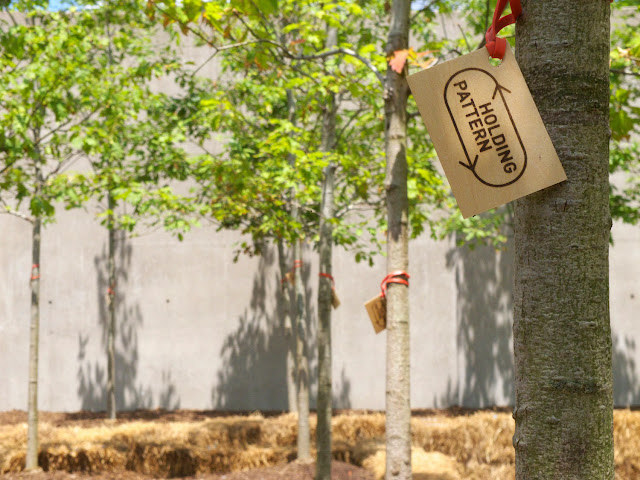 The name of Interboro Partners' winning design for the 12th annual Young Architects Program at MoMA PS1 in Long Island City, Queens is apt, but not immediately so. Approaching the museum -- a distinctive pairing of an old Romanesque Revival public school in brick and a late-20th-century courtyard addition in concrete -- a series of ropes with cloth tied to the concrete walls and suspended over the courtyard are all that is visible. While this "soaring hyperboloid" stood out when the designers were announced as the winner of the YAP competition, it is only one aspect of the design, and probably the least significant when looked at in detail.

Entrance into the courtyard to see the installation, which is geared to the summer Warm Up series that started last Saturday, now occurs through a new entrance kiosk designed by Andrew Berman Architect. Walking into the courtyard, the draping cloth has a strong presence, but it barely shades the courtyard in the summer months when the sun is predominantly overhead. This stems from the way the fabric is hung from the ropes as well as the spacing of the ropes, but it serves a more metaphorical role: it caps the courtyard and acts as a unified container for the varied objects found underneath it. This extends to the distinctive shadow patterns that trace the gravel, walls, and the parts of the installation.


To create Holding Pattern, we asked MoMA PS1's neighbors the following question: Is there something you need that we could design, use in the courtyard during the summer, and then donate to you when Holding Pattern is deinstalled in the fall? -Interboro Partners


So what occupies the various courtyards, big and small? What are the things to be donated to MoMA PS1's neighbors? My daughter made a beeline straight toward one a handful of kiddie pools. Nearby are some chaise lounges, a lifeguard station, and a platform misting water through holes in one corner. Beyond are picnic, ping pong, and foosball tables, a bike stand, and four rows of trees in planters. Trees are also found in one of the small courtyards to the side of the large triangular one, but these trees are composed in a maze with straw bales. The smallest, squarish courtyard is lined with mirrors to be donated to the Long Island City School of Ballet.

Tying most of these disparate objects together are the plywood and plastic that Interboro Partners used in their basic designs for the planters, pools, and seating. Combined with off-the-shelf pieces (ping pong table, foosball table, bike rack, mirrors), these custom pieces strike a balance between the needs of MoMA PS1 for Warm Up and the needs of the museum's neighbors. The most striking insertion are the trees, a bit of green and purple in the gray courtyards. In all cases (except for perhaps the canopy, it's not clear what will happen to that), the installation is a literal holding pen for the diverse elements. Holding Pattern continues the social and environmental awareness of WORKac's Public Farm 1 from 2008, admirably tying an annual event frequented by people outside Long Island City to the members of the community that might not otherwise be able to take advantage of MoMA PS1's presence. 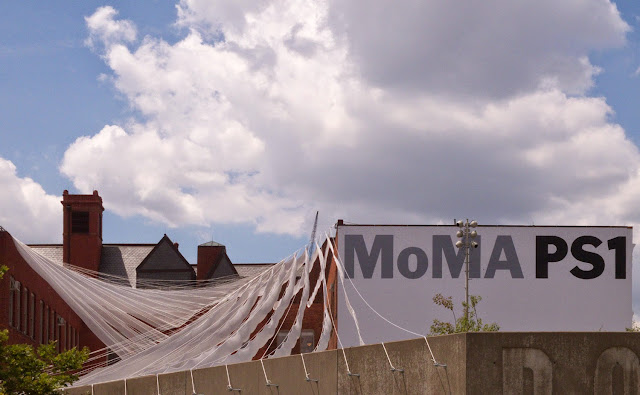 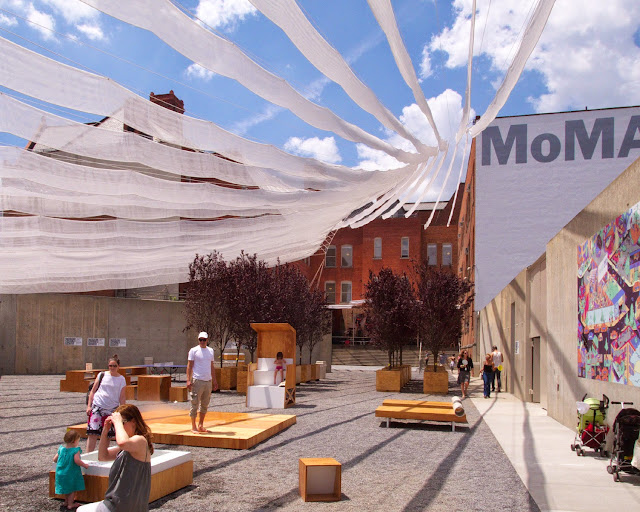 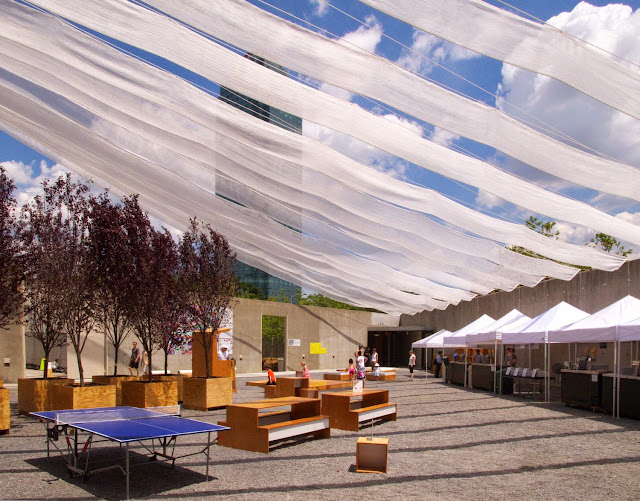 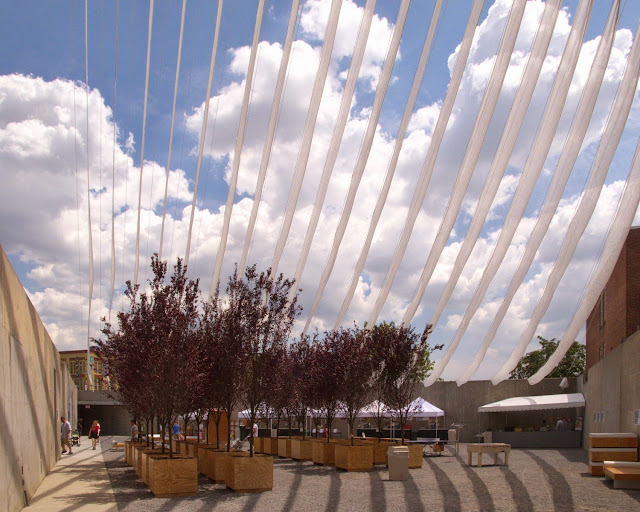 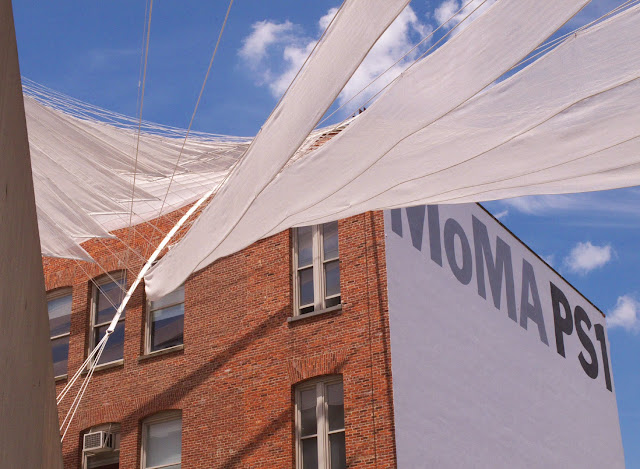 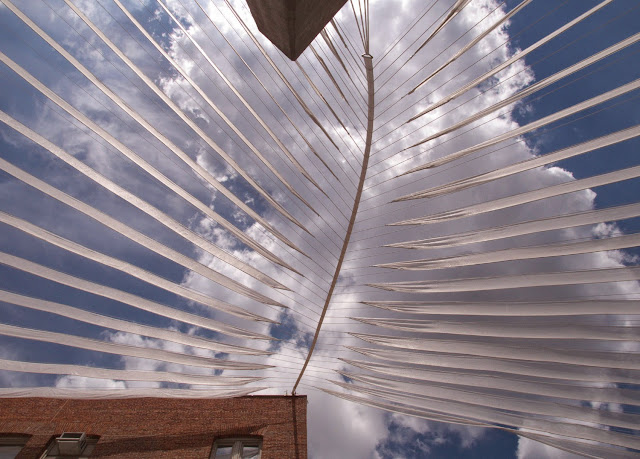 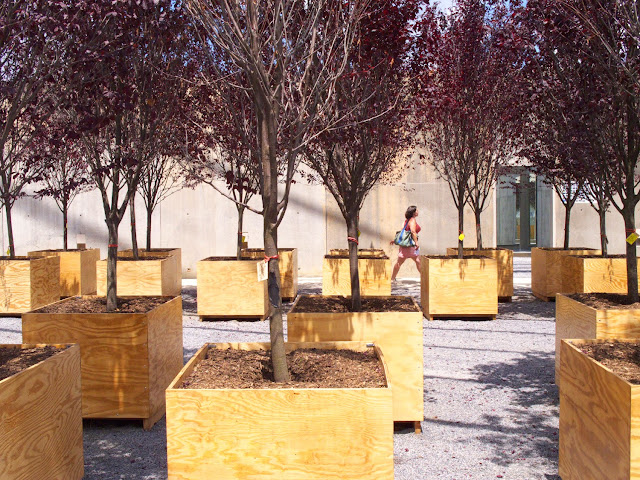 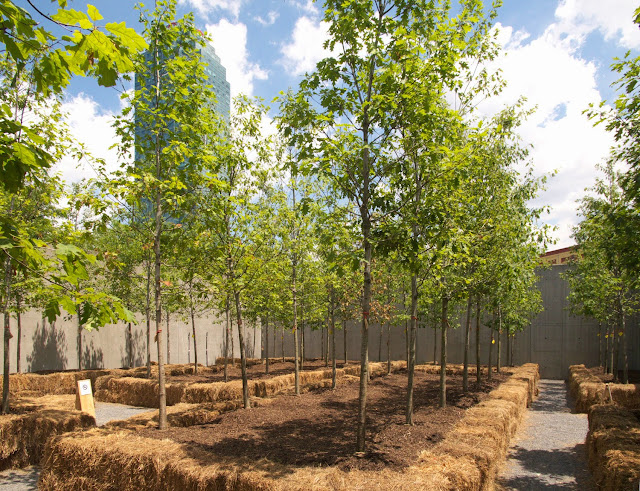 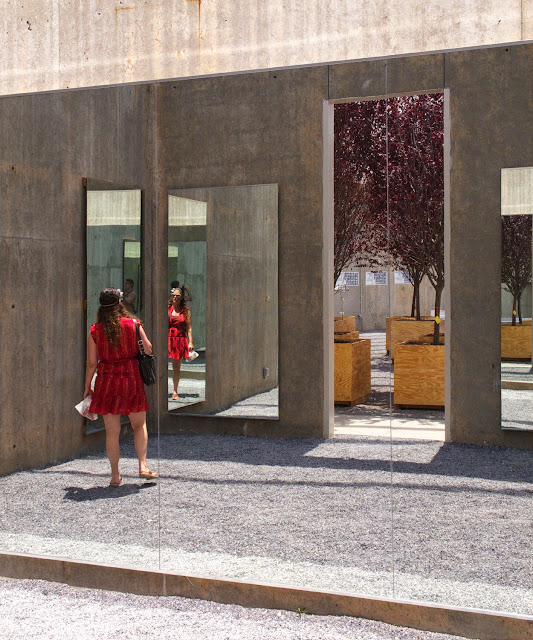 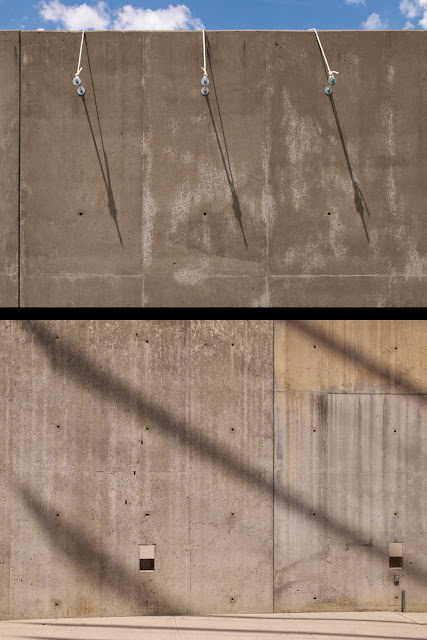