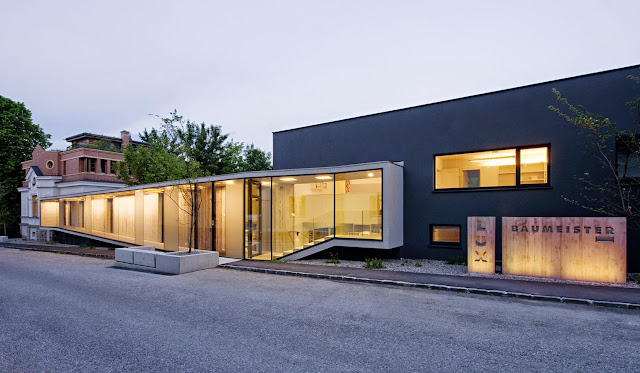 Photographs are by Hertha Hurnaus.

Previously the Luxbau construction company's offices were housed in two buildings in the center of Hainfeld, a "Wilhelminian Style Villa" and a 1930s building anchoring the corner. Faced with a situation where the employees were separated from one another, the client and synn architekten opted to build a bridge between the two structures instead of replacing the existing with a new building.  The solution -- based on social and sustainability factors over economic reasons, according to the architects -- is a striking glass and concrete addition that expresses its role as connector.

The new entrance in the glass link is positioned closer to the 1930s building than the villa. From here, one can ascend or descend via steps to the former, while access to the latter is via a ramp. The undersides of both the stair and ramp are open, so, in concert with the clear glass facing the street, the different angles of vertical ascent is described to the passersby. The full-height clear glass is interspersed with panels of translucent glazing that coincides with openings in the concrete wall that makes up the link's other long wall.


The extended building signs the company´s philosophy for solidarity with construction and the attention to details, material and conceptual outstanding solutions. -synn architekten

This concrete wall faces a courtyard between the two existing buildings. (Note that in the image at left, the dormers above the link are actually across the street, not the villa, a bit of an optical illusion.) This tranquil outdoor space is marked by wooden paths and a pond with lilies and tall grasses. Moving from the entrance to the villa, this landscape is glimpsed through the small windows, a more effective enticement than another wall of glass would have produced.

Both of the existing buildings were adapted for the construction company's offices and improved to make them more energy efficient. The architects intended the new link and the building conversions to act as an advertisement for Luxbau, much like architects' studios are carefully considered to impress clients. Yet it's the relatively little used (in terms of time spent) link that steals the show. It illustrates how the smallest intervention (the even smaller tree planter and seating in the roadway is a nice touch) can't make the biggest impact. 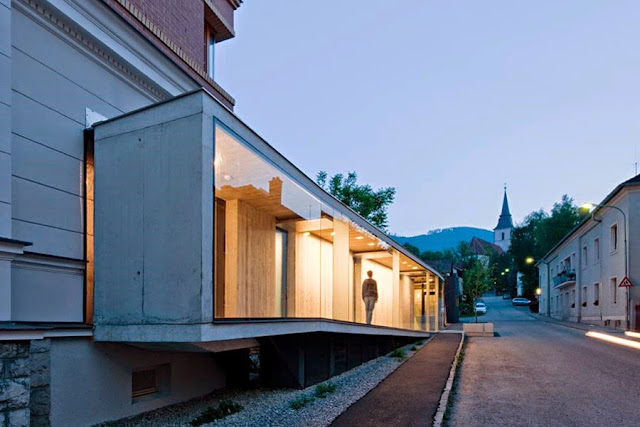 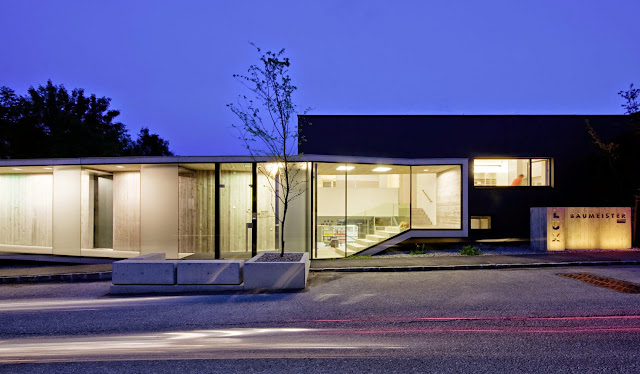 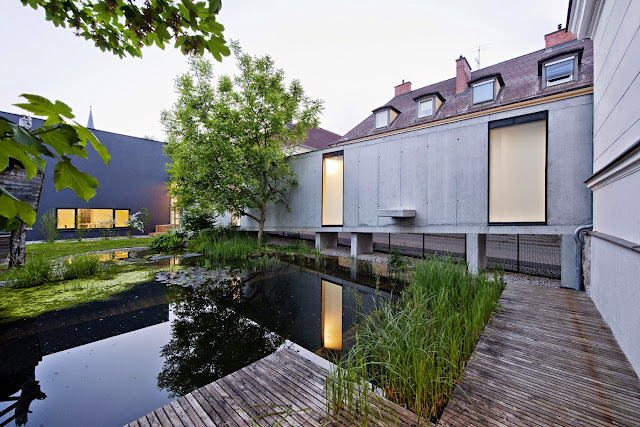 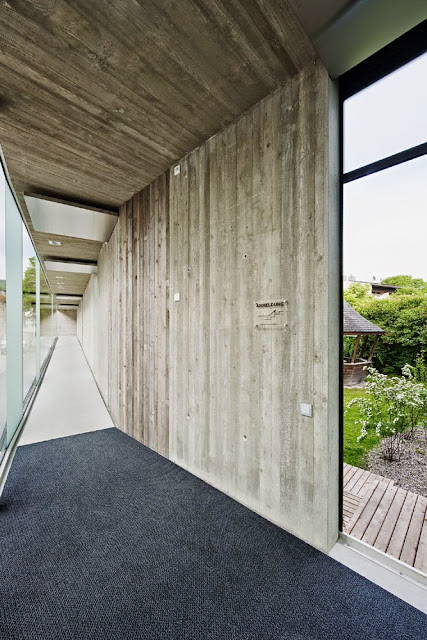 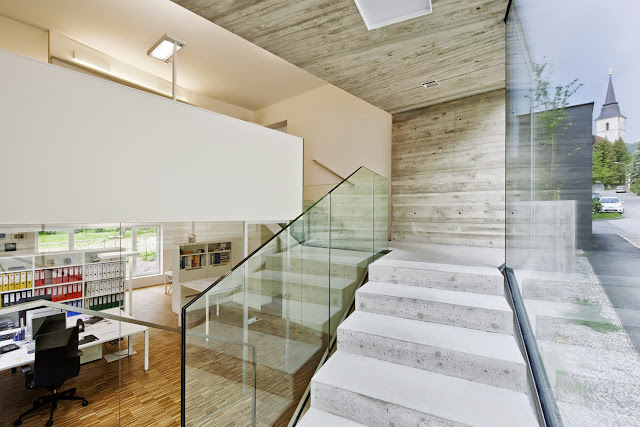 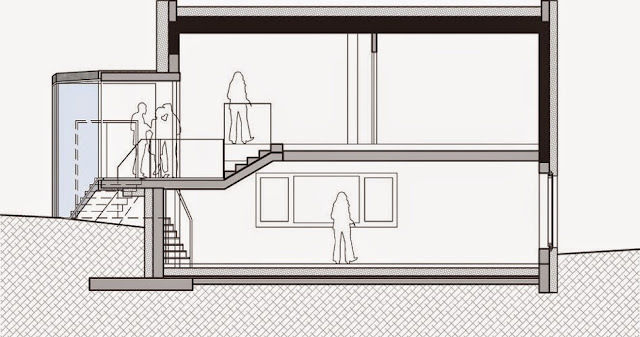 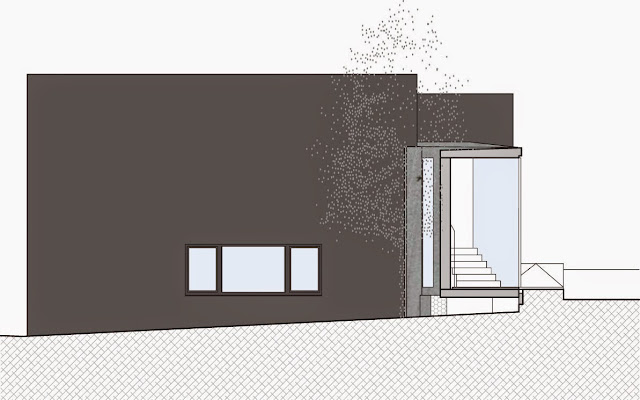