Journal of the Moment: CLOG 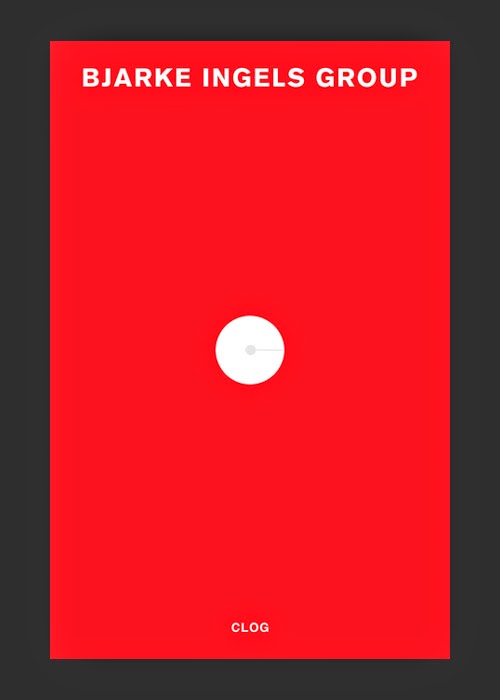 The title of the new architecture journal CLOG is pretty close to BLOG. Coincidence? Probably not, since the editors* assert that the "online press," which includes blogs, "have drastically increased the speed at which architectural imagery is distributed and consumed today." In reaction CLOG "slows things down" (a CLOG in the internet pipes, perhaps?) Each issue "explores, from multiple viewpoints and through a variety of means, a single subject particularly relevant to architecture now." The now of the first issue is Bjarke Ingels Group (BIG), the Danish architect and studio who recently opened an office in New York City after a high-profile commission from Durst Fetner Residential on Manhattan's west side.

While the journal talks about slowing things down, this does not equate to a handful of in-depth essays on the issue's topic. Instead a gaggle of contributors (about 50) address the topic in 500 words or less, bite-size chunks (most fit on a two-page spread) on par with blogs and other online press; sure it's longer than a tweet, but tweets can also tie together to become a longer strand on par with this length. The takes on Mr. Ingels and his office range from his savvy PR abilities, his formal consistencies (something I covered on this blog with BIG Peaks), his web page and monograph, his "hedonistic sustainability," and his choice of clients. The placement of the contributions appears intentional, giving the journal a flow throughout as essays with a particular area of focus are grouped together. This gives the reader various viewpoints on particular aspects within a short span.

It might be easy to argue that CLOG could exist just as easily online instead of in print, given the short length of each "post," if you will. But as executed CLOG is an ideal format for its goals: it is portable, like a small sketchbook; the ordering helps to give the criticisms and such a flow, as mentioned; the page layout and design feature large pull quotes that allow the book to be read either quickly and cursorily or slowly, as intended; and of course having it in one place means that all those online distractions can be set aside for a little while (at just over 100 pages and with a roughly 50/50 balance of text and image, the whole is still a fairly quick read).

A unique aspect of this first issue is the addition of responses from Bjarke Ingels himself at the back of the book. I'm not sure if contributors knew about this before they wrote their pieces, but the architect chooses a range of essays to respond to (not all of them), be it critiques of his PR tactics, his payment of interns, his book and web page, and so forth. These responses allow the reader to get a more balanced view of things, but ultimately truth is not the goal. Like the internet, of which CLOG sets itself in opposition, the journal offers myriad takes on a topic over one or a few voices discovering the truth, if such were even possible. In this regard CLOG can be seen as a print outpost of thinking and writing that has been transformed by the permeation of digital content.

For those in New York City, tonight is the fifth in the Storefront for Art and Architecture's Interrogation series, featuring CLOG:BIG. It takes place from 7-9pm.

For those interested in contributing to CLOG, the next issue's theme is Apple, spurred by the design of the Cupertino campus but now deepened by the recent loss of Steve Jobs. Submissions are due November 1st.
Email Post
Labels: book-moment book-review