If one were to ascribe a work of architecture as surreal, initially it would probably arise from a formal similarity to Surrealist art, such as the painting of Salvador Dali where clocks droop. Surrealism presents the viewer with something familiar that is skewed in a surprising way, be it a dreamlike metamorphosis or a juxtaposition with something that doesn't belong. Antonio Gaudi's architecture, preceding the production of Surrealist art, certainly comes to mind -- what with familiar elements like windows inserted within alien, undulating walls -- but another strain of surreal architecture would be more subtle, taking the familiar and adding an element of surprise that is strongly linked to the former.

Subarquitectura's 3D Athletics Track in southeastern Spain is one such subtly surreal piece of architecture. The architects took a standard Olympic-sized running track -- 400-meter length, 36.5-meter radius, 1.22-meter-wide lanes (source) -- and added a tangential strip of track that rises and falls over the changing rooms like a three-dimensional weigh station on the side of a highway. Between this addition and the conventional track loop are tiered seats for spectators who can reach them via a portal from the structure below, so as not to cross any track to find the island of seats.

So why add this odd appendage, this SNAFU? It is certainly a humorous bit of design, since it takes the standard running track and curls it up and over the changing rooms like a pliable piece of paper. Yet by using the standard track as a roof the design makes it a usable extension of the loop. For runners accustomed to running on these surfaces the rise and fall expand the repertoire of what is exercised while running; it is much different to run uphill, run downhill, and run on a level surface. Competitions will definitely stick to the standard track but the tangential hill is a boon for training.

The decision to add this surreal twist of track also serves to bury the architecture, to make it disappear. From beyond the appendage the changing rooms are marked by vertical metal fins and a portal whose doors use the same fins to blend into the elevation when closed. Behind this porous facade is a narrow corridor that leads to the enclosed rooms that incorporate operable clerestories for ventilation. This "building" is basic yet functional. It is of course secondary to the track, which rolls over it and makes something new out of something familiar. 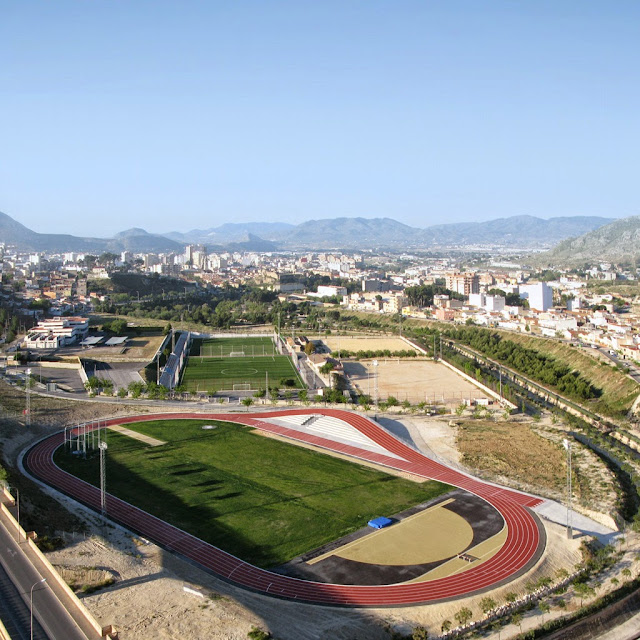 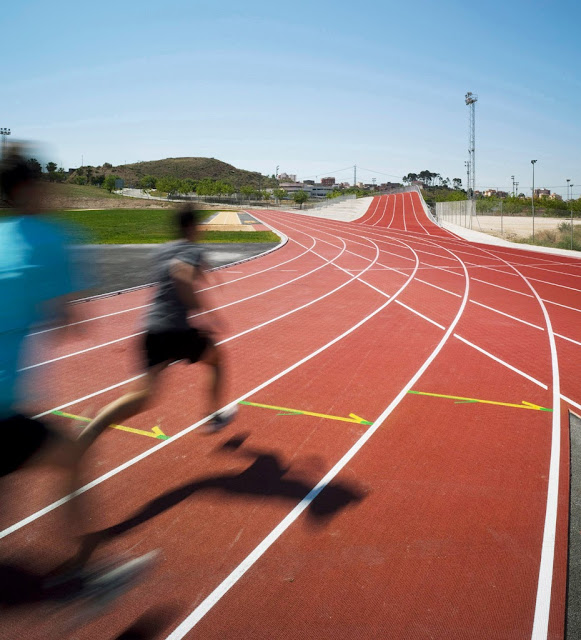 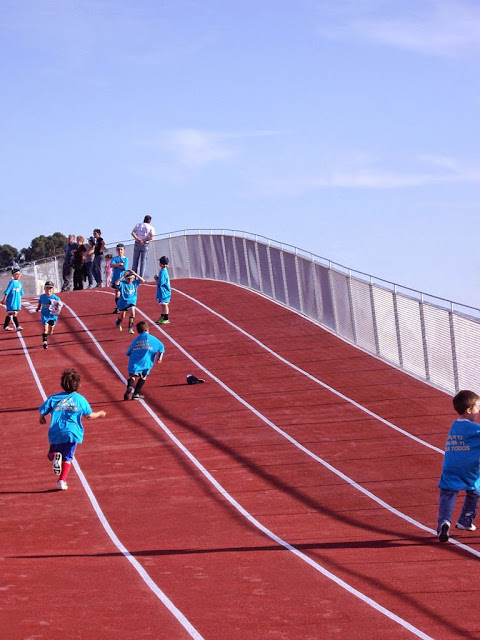 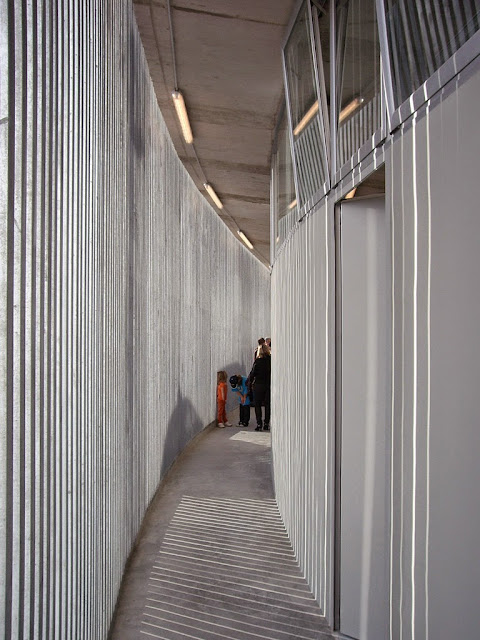