Here is one of my occasional posts catching up on some of the information that trickles -- and sometimes rushes -- into my inbox. 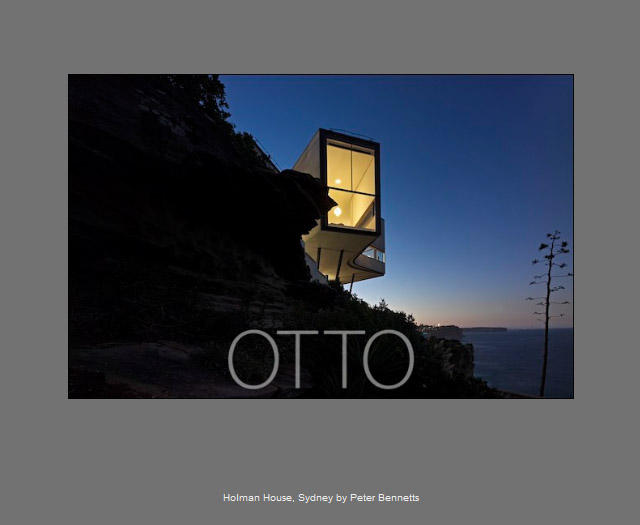 Like a cool Corbis, OTTO is "an architectural and design photography agency dedicated to licensing the work of preeminent architects and designers from around the world as captured by master contemporary photographers. Founded by Thea Vaughan and Bill Hannigan [formerly of Corbis], OTTO is committed to delivering images of iconic architecture and design." Some of the select photographers include Michael Moran, Peter Aaron, Richard Barnes, Scott Frances, Ty Cole, and Floto Warner. The archive is young but ever growing. Registration is free and exploring the site is easy. A simple and fast interface allows for browsing by photographer, keyword searches, or viewing individual projects. I've often received requests from stock photo sites to feature their images, but given that my blog, like most of the architectural press, highlights individual buildings, those requests seemed misguided. OTTO strives to fill a niche that wants to present the best in architecture and its representation.

Currently in beta, SpruceBox is a website that allows people to modify certain surfaces and components in a variety of views of kitchens and baths. The above kitchen is but one of many kitchen layouts with variables for different elements. Other kitchens, for example, allow more components to be played with, not just floors, countertops, and cabinets. Users pick the closest approximation to their current or dreamed kitchen or bath and then cycle through the different components. As can be seen the aesthetic is simple and modern. Ultimately the website is a means of enticing people towards modern yet somewhat affordable solutions for these spaces. I could see it being helpful to generate not just renderings but cut sheets to accompany them, giving the user a list of materials and fixtures they can take to a professional. Most people can't afford a modern house, but that doesn't mean they can't have a modern kitchen or bath. (A similar app is iGranite, which is not really modern and is geared towards a specific manufacturer's items -- granite countertops -- but it does enable users to take or upload photos and see various alternatives in an actual space, a direction SpruceBox might consider in the future.) 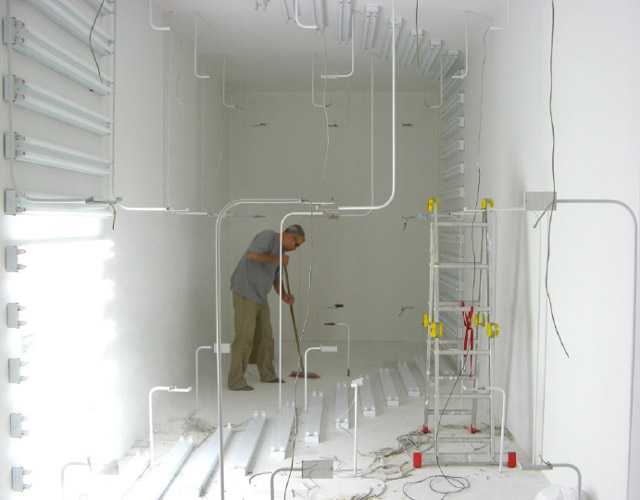 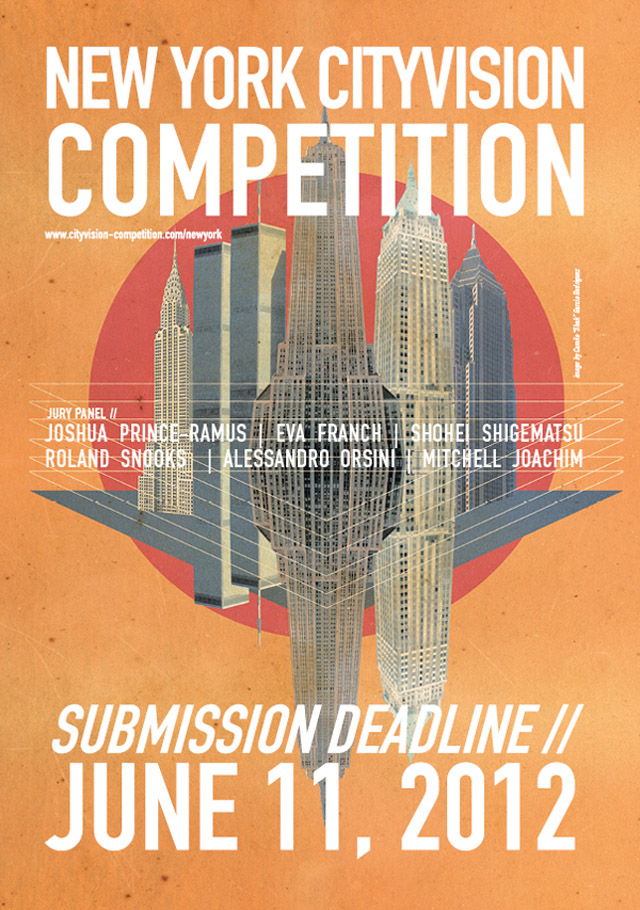 "CityVision Architecture Competition is an annual competition held by the homonymous magazine of architecture CityVision Magazine that invites architects, designers, students, artists and creatives to develop urban and visionary proposals with the aim of stimulating new ideas for the contemporary city. ... New York CityVision is the fourth international ideas competition launched by CityVision. The competition wants you to imagine New York in its future if the manipulation of the urban context and its architectural objects, joined with its inhabitants, will be influenced by SPACE and TIME. The New York ideas will be judged by an international jury which will have as president Joshua Prince-Ramus, founder of the office REX and again Eva Franch i Gilabert, Roland Snooks, Shohei Shigematsu, Alessandro Orsini and Mitchell Joachim, all of whom are distingueshed [sic] by the large experimentation willingness in their work."

A video feature of Van Alen Books on Great Spaces:

Some commentary from Delaine Isaac on one of the city's treasures.