The Raw and the Cooked by Peter Bialobrzeski
Hatje Cantz, 2012
Hardcover, 160 pages

Although most architectural photography would not be considered fine art, buildings and cities are a popular subject by photographers. Documenting an individual building is the typical purview of architectural photography, yet these three books exhibit a tendency to explore particular facets of the man-made environment: Spaces of all sorts of authority (Richard Ross), Asian cities (Peter Bialobrzeski), the derelict industrial structures of the American West (David Stark Wilson). These subjects, outside of their focus on the built environment, could not be any different from each other in terms of subject, yet they all exude an appreciation of their subject that is influenced by the photographers' means of execution. 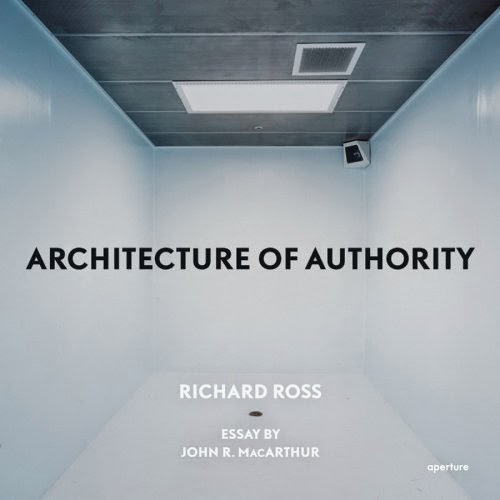 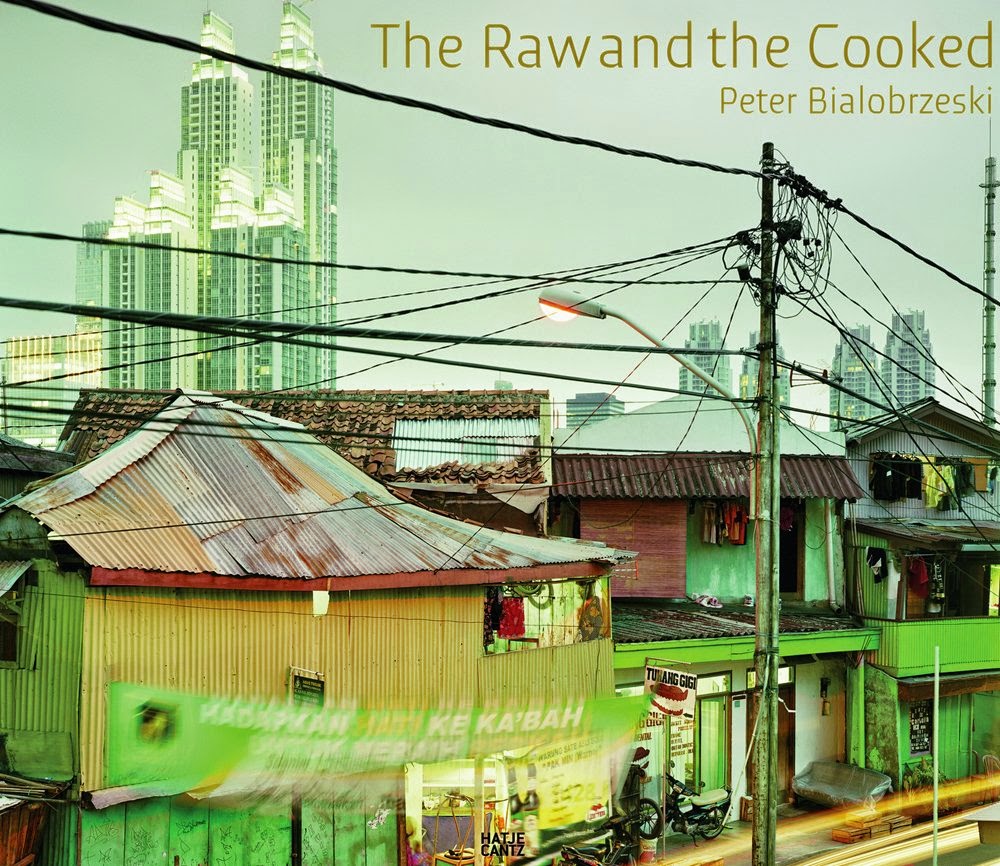 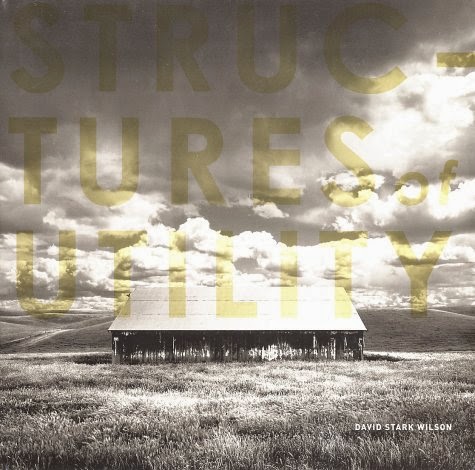 The cover of Richard Ross's Architecture of Authority makes clear that the book is powerful for what it lacks: people. Here are the segregation cells at Abu Ghraib prison in Iraq, yet without any prisoners or guards; the reader is left to his or her own imagination to picture what happened inside or around the cells. The same can be said about the other spaces, be they a Montessori school, a mental institution, the United Nations, or one of the many prisons. These are empty spaces, where authority is in their existence, the leering technology (security cameras are evident in many shots), and whatever lies outside the photo's frame.

Ross finds authority in just about any imposition of obedience on individuals (even in a crosswalk), and his frontal and often symmetrical compositions also tie the pieces together. Symmetry can be seen as the imposition of order, be it in the creation of architectural space or the forced perspective Ross portrays (not all symmetrical spaces need to be photographed in such a manner). Many of the spaces are bare -- distancing the people requiring authority from external influences, especially in prisons -- so any objects or fixtures become something to zero in on and see in a new way. It would be hard to call Ross's book, or its photos, beautiful, but as an artistic statement it is an important book that critiques growing authority and our submission to it.

In The Raw and the Cooked Peter Bialobrzeski takes the reader on a journey through the megacities of Asia. It is a voyage the works from the periphery to the center, from the informal to the formal, from the slums spread across the ground to the apartments stacked in the sky. Each city is real, but the lack of names alongside the photos (they are collected at the back of the book) makes it seem like a trip through one single metropolis. Peter Lindhorst, in his introduction, asserts that the book turns the reader into a 21st-century flaneur, akin to one in Baudelaire's time but removed from physically traversing the city. Bialobrzeski enables our flaneur-like stroll through real places that congeal into a fictional city.

Bialobrzeski takes long exposure shots, many of them when the sun is low or gone, and many from high vantage points. These characteristics result in expansive photos where the lights are on but it's always daytime. The night sky becomes bright, lights are ablaze, and people and cars are blurs. Unlike Ross's spaces, these cities are full of people and things, and the detail in Bialobrzeski's can be overwhelming; the only recourse is to tune out the details, mentally turning them into a blur like the people and cars moving on the streets. Yet it's voyage that makes the book special. The difference between the first photo and the last is undeniable, but a good deal of overlap occurs between these two realms; a temporary situation until total modernization, or an indefinite condition exacerbated by rapid urbanization? Bialobrzeski's photos are beautiful, but ultimately they provoke and complicate things, rather than providing easy answers.

Unlike Richard Ross and Peter Bialobrzeski, David Stark Wilson also happens to be a designer; his firm WA Design is a design/build firm in Berkeley, California. Snapping photos before he started designing houses, Stark has long trained his large-format camera on the landscapes of his home state. Inspired by Bernd and Hilla Becher's documentation of cooling towers, blast furnaces, and the like, Wilson started shooting grain elevators, mine heads, and other forgotten industrial structures in the Sierra foothills and the Central Vally. His photos serve as a record of these structures in various states of ruin, but they also serve to inform Wilson's designs; industrial forms find their way into his architecture.

Yet for the reader the book exists outside of the influences the structures and their form have on the photographer/designer. Instead the black-and-white shots tend to highlight the interaction between building and landscape. Form, material, and the way the buildings sit on the ground reference another time and another way of interacting with the earth's resources. There is more evidence of submission than exploitation. Buildings are inserted into the landscape, rather than the latter being cleared to make way for the former. It's a somewhat romantic notion, but one's interpretation of these structures, like Wilson's, can take their good qualities to heart when considering how to act today.