Book Review: Citizens of No Place 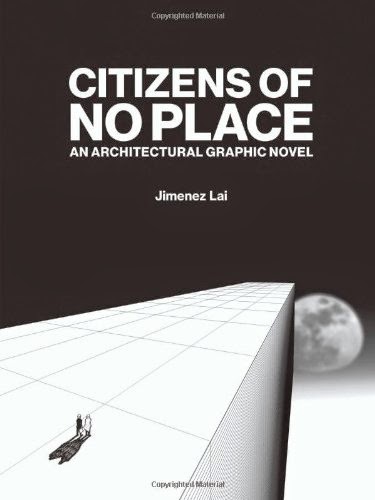 Increasingly, buildings are not the sole medium by which architects are defined. Many architects, for various reasons, gravitate toward installations, tactical urbanism, and even words and/or images on paper. The last has helped make Architectural League prize-winner Jimenez Lai a common name in architectural circles, particularly from being published in just about every archizine that hits the street. It's not hard to find the appeal in Lai's archi-comics, which manage to do something most architects fail to accomplish: insert fiction into architecture. I'm drawn to the lines that preface the first chapter, "Conversations with a Developer" in his Citizens of No Place: "Fiction is an impetus to architecture. Imagination is an upstream process toward making the fake become real. The fiction that architects write...forecasts the fabrication of cities..."

I'm also drawn to the idea of architectural narrative, architectural fiction, whatever one calls it. But I feel like much of it is too heavy on architecture and devoid of fiction (such was the problem with Journeys). Lai exploits the format of the comic or graphic novel to let the images straddle the line between architecture and fiction, filling in much of the latter without necessarily making it serve as dialogue. Nevertheless there is always some form of narrative movement in the ten vignettes collected here, each of which can be read separately, but each of which adds to Lai's critique of architectural form-making. And while much of his commentary is inside enough that only other architects will fully get it, the best comics appeal to a wider audience, especially "Babel" and "The Obsession Accelerator". Each of these deal with sci-fi scenarios painted with the most minimal of architectural spaces. Yet the sense of place is so strong, much more tangible than even the flashiest architectural rendering. Such is the power of fiction and the graphic novel in the hands of somebody with Lai's talents.