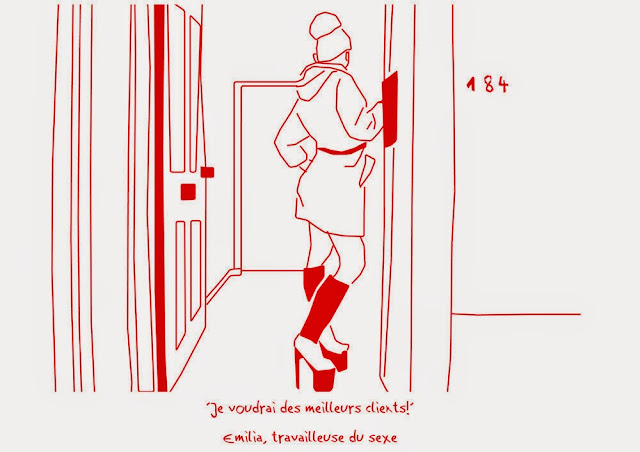 Popular today is a phenomenon that is alternately called tactical urbanism, D.I.Y. urbanism, provisional urbanism, or some other such name describing the localized, bottom-up approaches and subsequent interventions for small pockets of urban space around the world. Proof of its popularity lies in essays, such as Mimi Zeiger's four-part Interventionist's Toolkit at Design Observer; books, like a+t's latest Strategy and Tactics publication reviewed this week; and the United States contribution to the upcoming 2012 Venice Beinnale, titled Spontaneous Interventions. And of course proof lies in the numerous projects sprouting up all over the place, being shared in these and other blogs, publications, and exhibitions.

One project recently brought to my attention that fits this mold is Alive Architecture's RE:ACTIONS for the Red Light District in Brussels. The local practice headed by Petra Pferdmenges initiated and developed three urban actions based on the wishes of the district's diverse actors and realized in spring 2012. In the order of their presentation here, and with links to videos on You Tube, the three actions are: a mobile food stall, "Piadina Wagon"; "People's Wall", a temporary exhibition mounted on a gray, stone wall; and "Sweet Flowers", the distribution of flowers on Easter Sunday.


The research-based practice Alive Architecture reclaims the public role of the designer by making social challenges explicit through self-initiated and/or commissioned projects, writings, educational activities and participation in conferences.

In the way the three actions responds to the wishes of the area's workers, the project reminds me of last year's Young Architects Program at MoMA PS1, Holding Pattern. Interboro Partners populated the courtyard with objects that nearby people and organizations needed. Therefore the design took on a longer second life in fulfilling their needs. Alive Architecture's interventions do not have that longevity, but in responding to the needs of locals with realized "designs", the actions have the potential to enact future change. This can come in staging the actions again; in fact the Piadina Wagon is set to return to the Red Light District this summer.

In order of the three actions presented here, they scale from largest to smallest and greatest to least physical footprint. The food truck not only occupies a parking place and adjacent sidewalk area, it requires a transaction for eating and drinking. The artwork sits on an otherwise blank wall, spurring observation and contemplation. While the flowers, fleeting in and of themselves, are mobile pieces that brighten the day for the gentlemen visiting the workers. Yet each is rendered via line drawings to let the voices be heard, to understand the impact of the actions, and to give the project a wider reach. 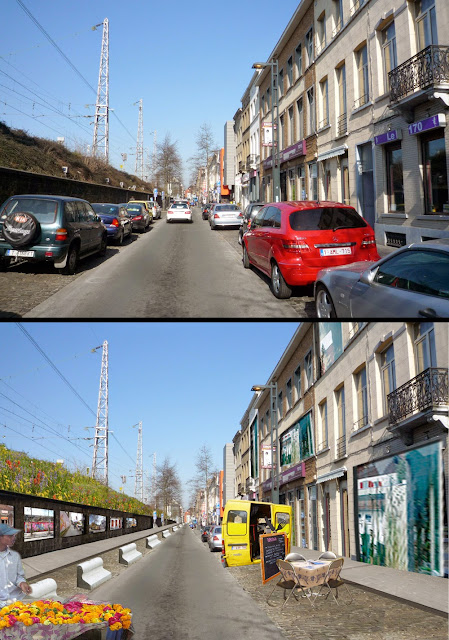 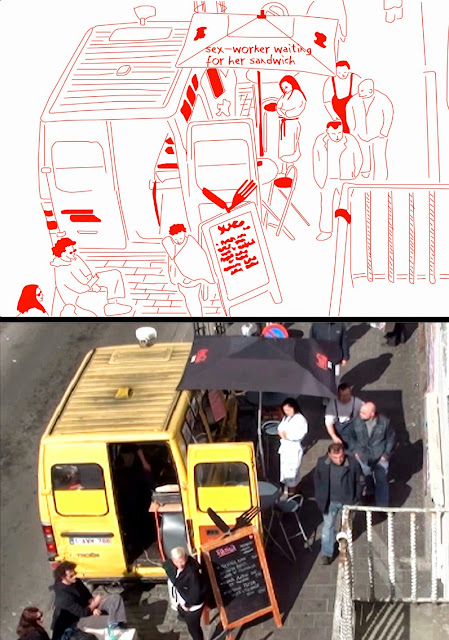 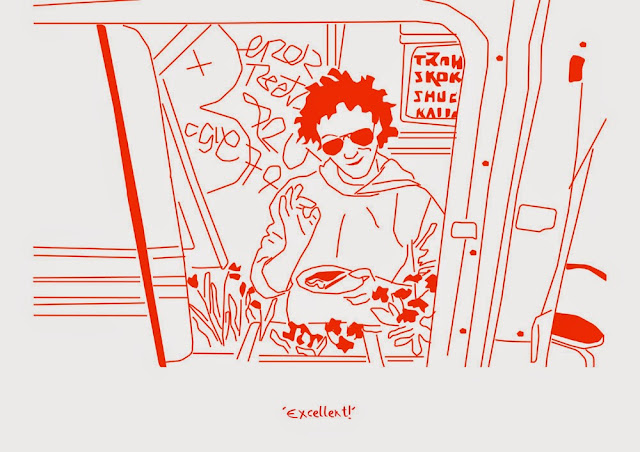 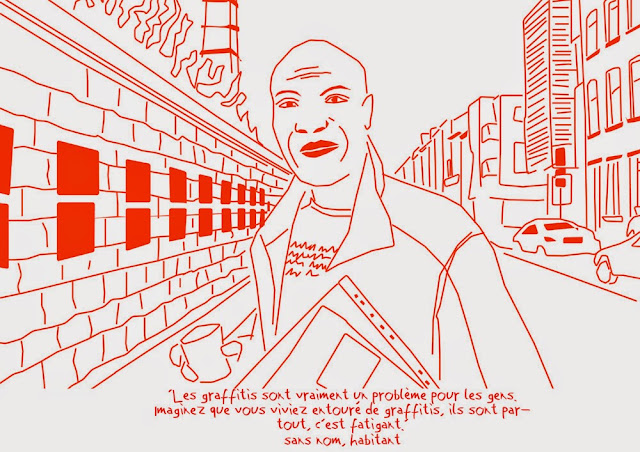 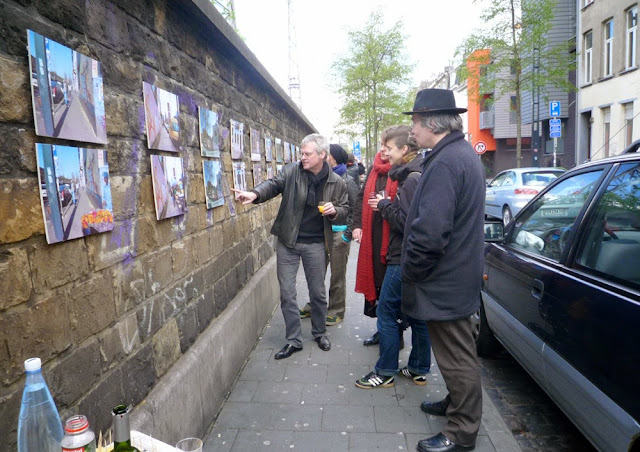 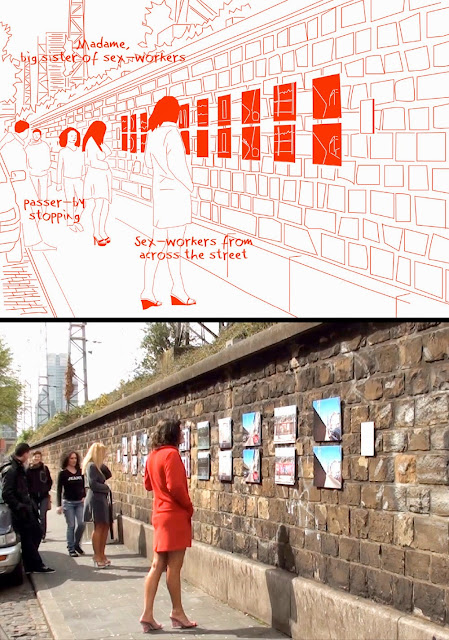 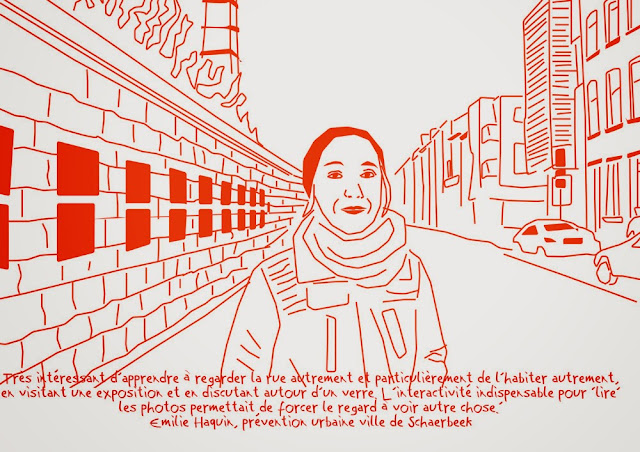 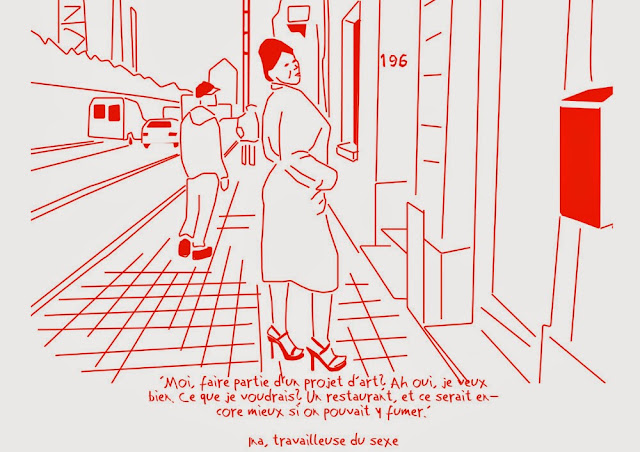 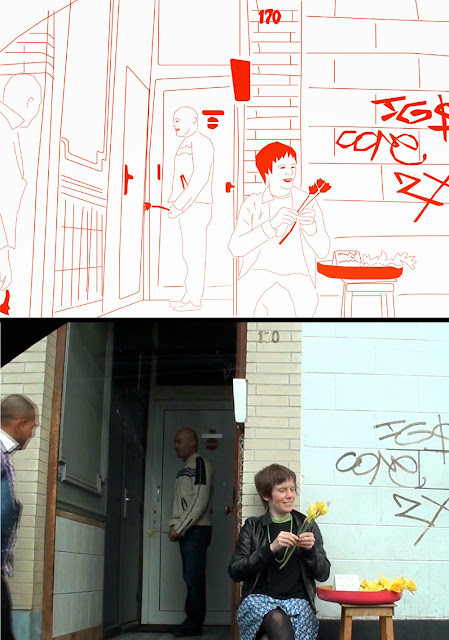 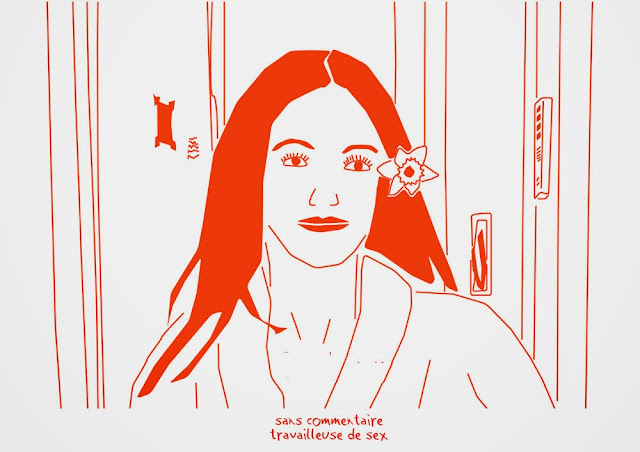