This article originally appeared on World-Architects but has since been removed so it is being archived here, sans illustrations and without any further editing. 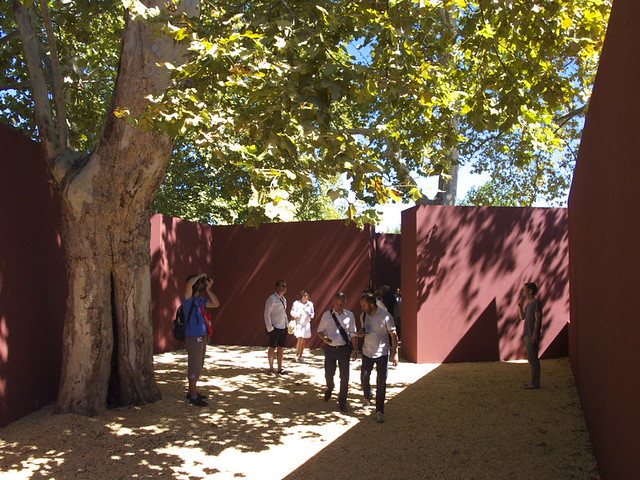 This second installment of our Venice Biennale coverage focuses on the National Pavilions, where the first installment focused on the 13th International Architecture Exhibition, directed by David Chipperfield and titled Common Ground. The exhibitions collected below include winners of the awards and special mentions, but also some highlights from the pavilions spread across the Giardini and beyond. In an opening ceremony on August 29 (the Biennale runs until November 25), Álvaro Siza Vieira was given the Golden Lion for Lifetime Achievement, and the international jury handed out awards for national participation, best project, and promising practice.
As mentioned, Álvaro Siza Vieira is the recipient of the Golden Lion for Lifetime Achievement, as selected by David Chipperfield, but unfortunately the Portuguese architect could not attend the ceremony due to a broken arm. He nevertheless has a  presence at the Biennale, since he also contributed an installation at the Giardino delle Vergini, which is tucked away near the far end of the Arsenale. Siza strategically placed earth-red walls around a couple large trees. Gaps and cuts in the walls allow access and views beyond the series of interior spaces. The walls are completely unadorned, minus the color, but the experience is dramatic, thanks to the trees, the sunlight, and the shadows created through the interplay of both with Siza's architecture.
In Wednesday morning's ceremony, Japan was given the award for Best National Participation for its Architecture. Possible here? Home-for-All exhibition. Architect Toyo Ito led a team of three architects -- Kumiko Inui, Sou Fujimoto, and Akihisa Hirata -- in responding to the destruction of the earthquake and tsunami that hit Japan in 2011. Like the theme Common Ground, Home-for-Alleschews originality and innovation for its own sake, instead focusing on determining what is appropriate for the situation. As Ito puts it, "a disaster zone where everything is lost offers the perfect opportunity for us to take a fresh look, from the ground up, at what architecture really is."

The exhibition in Japan's pavilion consists primarily of models that document the three architects working out designs for shelters where affected people can meet to further discuss what exactly should be done. Wrapping the space are photos by Naoya Hatakeyama of the city Rikuzentaka. The scenes of destruction have an odd tranquility to them, and juxtaposed against the numerous models, they invite visitors to ponder what shape rebuilding should take.
The jury awarded three special mentions for national participation; the first one mentioned was Poland. Making the walls quake as if they were dilating with the secret knowledge of great powers -- the title comes from Charles Dickens's Dombey and Son -- is a total aural experience, a sound sculpture by Katarzyna Krakowiak. The space is simply rough concrete walls, a gently sloping wood floor that actually stops shy of one wall, and curved ducts overhead. The sounds -- a mix of ambient noises and voices -- draws one toward the walls, where things become louder and more distinct. In a way the installation acts like an eavesdropping device, but ultimately it leaves interpretation up to the visitor and his or her experience.
The jury gave a second special mention to Russia, whose i-city exhibition was easily the most popular at the Giardini -- on numerous occasions I walked by to find a line to get inside. Three spaces upstairs are lined with metal panels printed with QR codes. Visitors are handed tablet devices that read the codes and then give information on the Skolkovo Innovation Center project. A skylit, domed space between the smaller flanking spaces is most impressive, since the codes extend from floor to oculus. Downstairs is another exhibition, made up of hundreds of illuminated peepholes that give a glimpse of secret, cold-war-era gated towns that the Soviet Union created for scientific research. As spatially impressive as the rooms upstairs, this dark, subterranean-like space is very appropriate for its subject matter.
The jury's third special mention for national participation went to USA's Spontaneous Interventions: Design Actions for the Common Good, which collects 124 projects that range from guerrilla bike lanes to urban farming and handbooks for giving citizens more participation in how cities are designed and lived in. This general idea extends to the courtyard, designed by Interboro Partners, and the various sessions (workshops, discussions, school programs) held on the orange benches that will be given to schools in Venice after the Biennale.