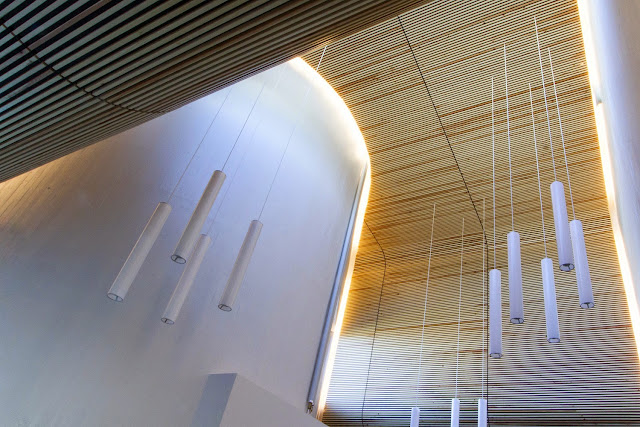 The following text and images are courtesy alt Architects. Photographs are by Ville-Pekka Ikola and Kalle Vahtera.

Niemenranta Elementary School is located in a new residential area in Oulunsalo Municipality, surrounded by detached houses and other small-scale houses. Most of the area is still in construction phase. The school center is the only public building in the area, thus creating the obvious center point for it. The school center has three parts: the elementary school for 300 students (the project at hand), the kindergarten, and the junior high school. The first two are complete, but the the junior high school has delayed. Although the school is mainly used for education, it also functions as a common space (sports, hobbies, clubs, and gatherings) for the community.

The building form is a synthesis of the functional and urban goals. The free formed brick wall faces the public areas, while rectangular wooden facades define the school yards. The main element of the exterior—the curvy brick wall—is a synthesis of different ideas as well. On one hand it creates a strong, public and somewhat urban feel to the building; on the other hand it is a reference to nature. Immediate surroundings of the building are non-urban, which turns step by step into forest, shoreline and finally the Gulf of Bothnia. Rectangular, small-scaled and intimate school yards are directed to the south for sunlight, and the building shields itself from the cold northern breezes, thus creating a good micro-climate. Long and expressively shaped eaves provide protection from the harsh climate for both wooden facades and the children.

The materials and forms of the building obviously reference Alvar Aalto's brick architecture, but also the late-70s and early-80s Finnish, postmodern regionalism movement, the "Oulu School", which had a strong impact in the Northern Finland's (and especially Oulunsalo-area's) public buildings. The main goal of Oulu School was to abandon the universal and cold modernism and replace it with regionalist, humane architecture that would be in harmony with the landscape, climate and cultural adaptations of the area. Wood and brick were the prominent materials used by Oulu School. Even though Niemenranta School Center is far from the sometimes over-the-board romanticism and historicism of Oulu School architecture, the mental side of the design evolves from the same root of ideas.

The spatial highlight of the school is the main entrance hall and the public spaces linked to it. The free-formed wooden ceiling emphasizes and gives a strong character to these public spaces. Other parts of the building are small-scaled and intimate. Bright colors are implemented in the classrooms and corridors in order to bring playfulness and easy orientation to the building. The design strives to be bold and modest at the same time: considering the budget and the responsible use of public money, yet creating a distinguished public building for the community to feel proud of. 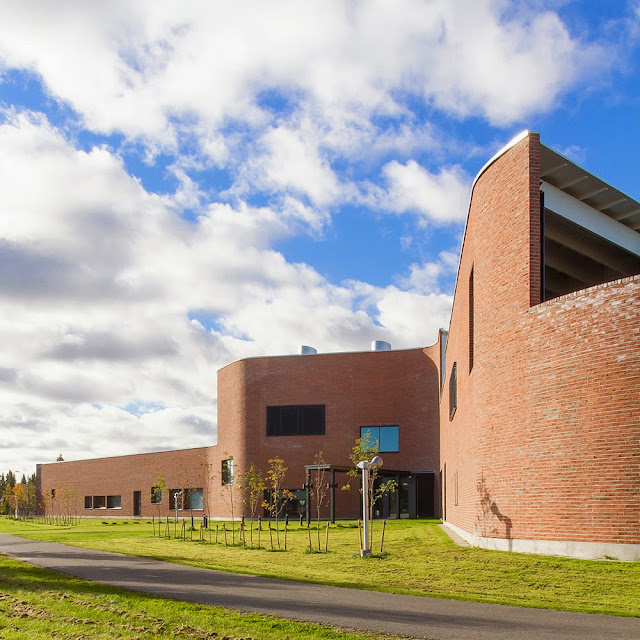 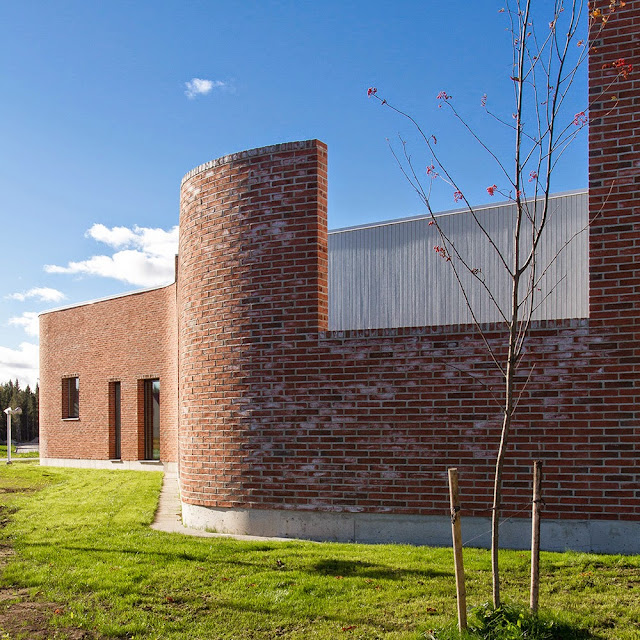 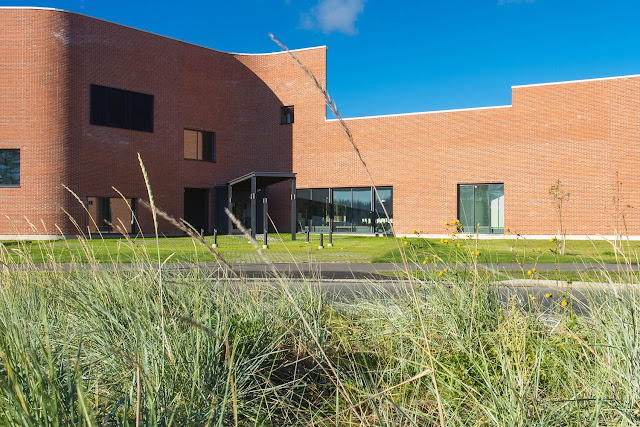 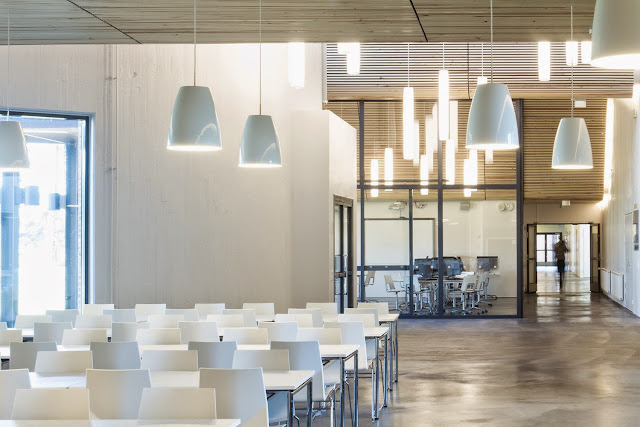 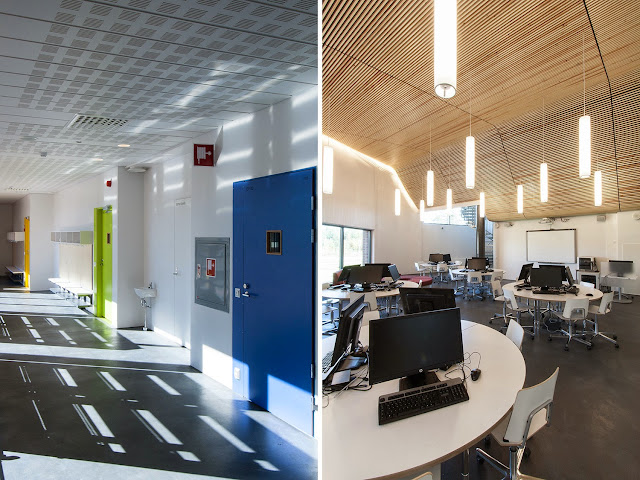 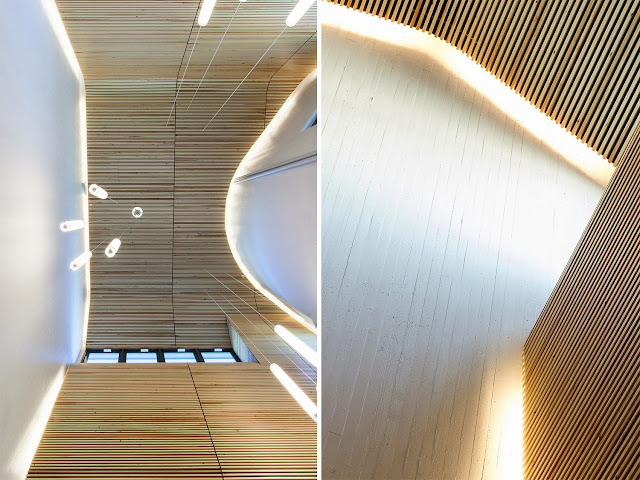 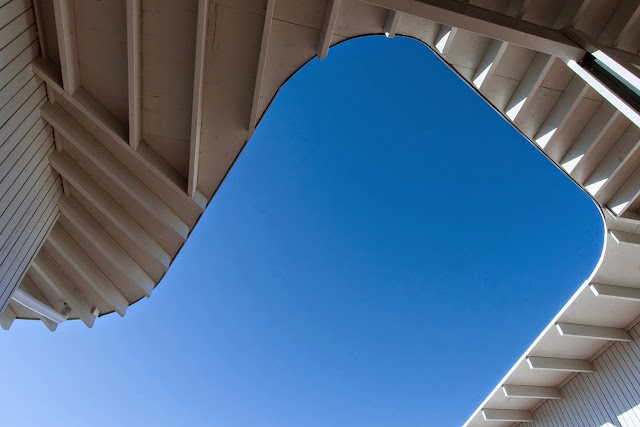 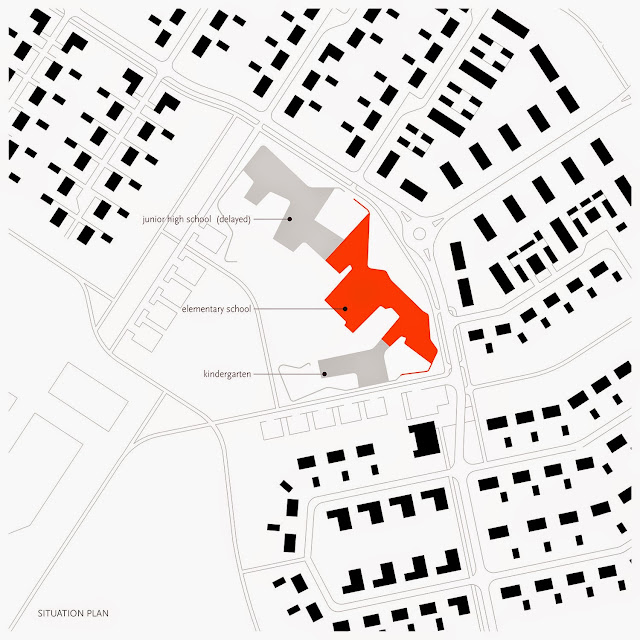 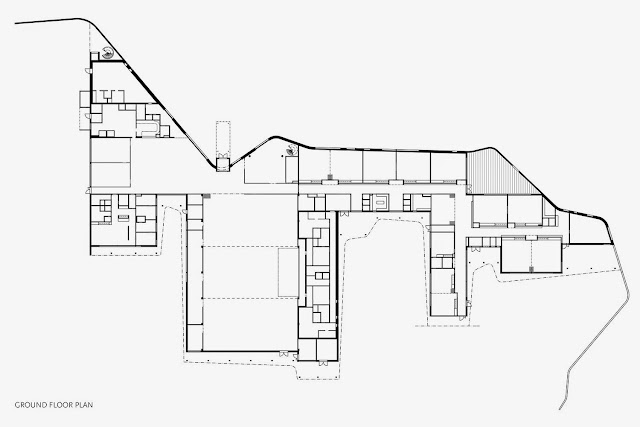