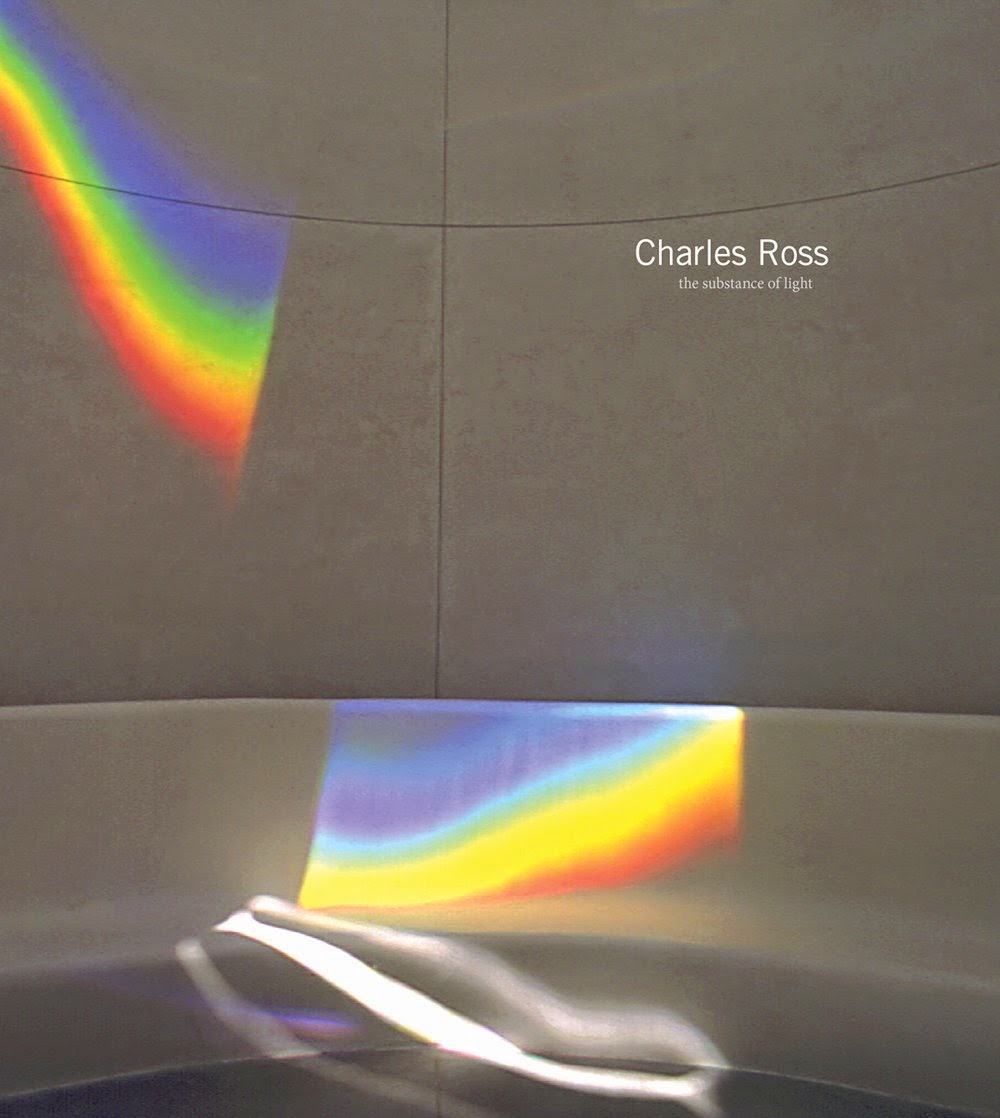 Along with James Turrell, Charles Ross produces artworks that tap into a background in science. Turrell received a degree in perceptual psychology, though for Ross it was mathematics. They share an interest in the properties of light and using art as a means to give light a physicality. They also have been constructing major earthworks in the desert southwest that set their sites on the sky and the stars. Turrell has been transforming the Roden Crater north of Flagstaff, Arizona, into the most recognizable extinct crater in the world; a network of tunnels and chambers frame the sky and aim to manipulate light in the visitor's experience. For even longer Ross has been building Star Axis, a stone structure atop a mesa in New Mexico that orients the visitor to the North Star, Polaris, allowing them to grasp the Earth's precessional wobble (a 26,000-year cycle) as they ascend the 11-story straight stair. In the process of focusing on light in their massive earthworks, Turrell and Ross also tap into time, yet at the celestial rather than the human scale of things.

Star Axis was my only knowledge of Charles Ross's art when I received this coffee table monograph that spans from his sculptures produced one year after his mathematics degree to his magnum opus in the desert. About five years after graduation the artist started working with prisms, and here we can see the seeds of what would evolve into a lifelong interest in light and time. The early prisms exist, not surprisingly, in galleries, and the refraction of light is linked to the movement of bodies past them. But when he moved prisms to windows they started to trace the path of the sun indoors, a subset of his work he coined "solar spectrum commissions." The dispersal of sunlight into its rainbow of colors has a strong impact on the spaces in which he inserts the prisms, but the "solar burns" offer a similar trace by focusing the sun's rays onto surfaces. Wood planks, for example, are burnished with black arcs that were generated by holding a large magnifying glass above the surface. Time is subtly integrated into the pieces literally created by light: gaps in the solar burns that track a whole day reveal the times when clouds covered the sun; and a series of burns timed at 8 minutes 19 seconds make visible the time it takes for sunlight to travel from the sun to the Earth.

In the middle of the 1970s Ross started creating "star maps" to explore space from different vantage points of human perception. These maps contributed greatly to the making of Star Axis, which requires precise measurements for the Star Tunnel (parallel to the Earth's axis), the Hour Chamber (stars move from one edge of the angled aperture to the other in exactly one hour), and the Equatorial Chamber (framing starts along the celestial equator). But the key to the work is the 26,000-year precessional wobble of the Earth, due to the fact this rock we're on is not a perfect sphere. Different steps along the ascent mark the axis of Polaris in history, in effect making Ross's Star Axis a means of understanding how our view of the sky and the stars is affected by the changing axis of the Earth. For those interested in Ross's ambitious undertaking in the desert (finally nearing completion), this book is a decent documentation of the artwork, but it is even more valuable as a presentation of the artist's larger oeuvre and for giving some context (also through essays and interviews) to the Star Axis.