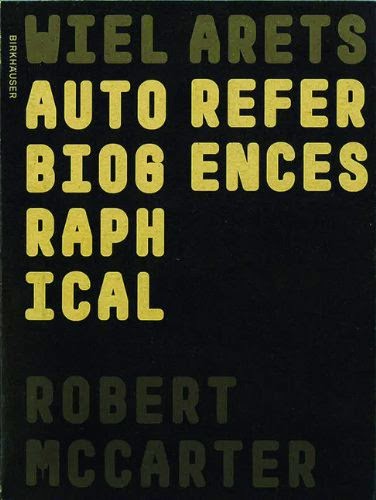 In Spring 2010 Dutch architect Wiel Arets served as Ruth & Norman Moore Visiting Professor at Washington University in St. Louis, directing the "A Wonderful World" studio with Professor Robert McCarter. His visits to the Sam Fox School for the studio also involved lectures, in-studio debates, and interviews with McCarter that were recorded for this wonderful book on Arets and his architecture. As the title makes clear, the book is as much an autobiography as a monograph. Like Stills: Wiel Arets, A Timeline of Ideas, Articles and Interviews 1982-2010, Autobiographical References is more text than image, and the majority of the words are transcripts of interviews with McCarter. These are the most illuminating aspects of the book, giving honest and humble insight into the architect and educator who has been appointed dean of the Illinois Institute of Technology College of Architecture since the book was released last year. 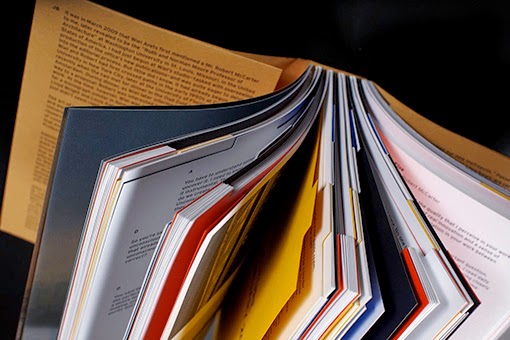 In addition to the interviews, lectures, debates, and other content from the Spring 2010 studio, the book includes a handful of project portfolios and some short project descriptions of many more buildings designed by Arets. All of the content is organized logically and beautifully by Irma Boom, in what must have seemed an insurmountable task. The book is organized into five sections—Autobiographic/Autodidactic, Dialogue/Debate, Define/Combine, Infection/Perfection, Re-space/Re-think. At the core of each section is a lengthy interview with McCarter, set off by orange cardstock. Other heavy color pages are used to define the lectures (yellow), debates (gray), and student interviews (blue). Further, tabs are used to demarcate each type of text; the project pages are tab-free, breaking up the regular rhythm of the tabs as they move from spine to edge five times.

At one point in an interview with McCarter, Arets is discussing how simple buildings can yield rich and complex experiences, usually through repeated visits. He is referring to the architecture of Mies van der Rohe as well as his own work (contrasting Mies's horizontality with his emphasis on the vertical section), but I can see the same idea applied to this book. Irma Boom instills a logic to the loads of writing and photos through a design that is actually pretty simple. But the experience of holding and flipping through the book is enriched by the design, and Arets's words are like layers of meaning within the regular structure. Or as I put it when I chose the book as one of Notable Books of 2012 at Designers & Books: "One of the greatest feelings with a book is to know that it is something special even before cracking it open. Thankfully the quality content is deserving of such a [methodical yet lovely] design."