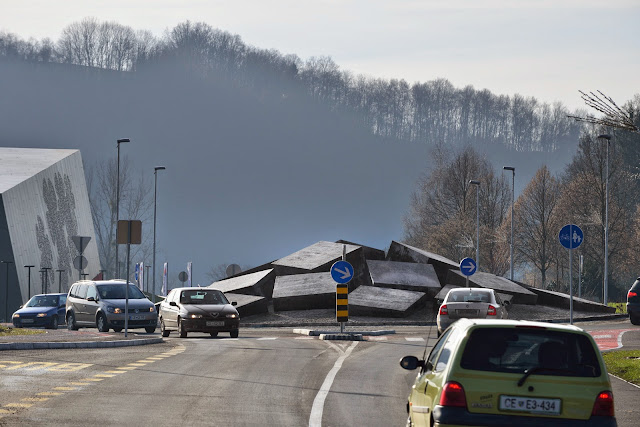 Podčetrtek is a small town in eastern Slovenia on the border with Croatia. Although only a few thousand people call Podčetrtek home, the town features a surprising amount of striking contemporary architecture, thanks to Ljubljana's ENOTA. Previously the office of Dean Lah and Milan Tomac designed and realized the Termalija (2004), Hotel Sotelia (2006), and Orchidelia (2009), all run by Terme Olimia, a thermal spa that bills itself as "a popular destination for those who want more than just to experience the beneficial effects of thermal water." Terme Olimia touts the place's history and the benefits of the hot springs for treating certain diseases and conditions, such as rheumatic diseases and arterial disorders.

Terme Olimia is "witnessing a very successful development of health tourism," and with that success comes increased traffic, something that spurred the spa to commission ENOTA for a traffic circle between the spa and the Podčetrtek Sports Hall (2010), designed by the same architects. The circle provides access to the Terme Olimia on the west and the Sports Hall on the east. Instead of addressing the extra traffic through a stop light (as would be the case in the United States), a circle is used to slow traffic and disperse drivers to their destination.

The design's relationship to the thermal spa is obvious. Water occasionally sprays up through the dark concrete blocks, giving the impression that the hot springs under the ground created the landform. ENOTA describes how the roundabout "suggests a tectonic shift somewhere beneath the Earth's surface having caused the road surface to bloat and belched out the massive blocks." They also mention how it alludes to their sports hall: "the irregular arrangement of the elements forms a composition of surfaces, which corresponds to the expression of the hall's folded volume."

These photos suggest that the roundabout also references the surrounding hills, as if the same actions that created that topography worked upon their design. Yet the design is playful enough that these references do not need to be known or understood for people to appreciate it. The large blocks are tall enough that they give some intrigue as to what is on the other side of them, but not enough that it is unsafe. The disheveled blocks also do a great job in marking a place that happens to be in the middle of a road. While the roundabout feeds the spa and sports hall, many people may remember the traffic circle more than those buildings. 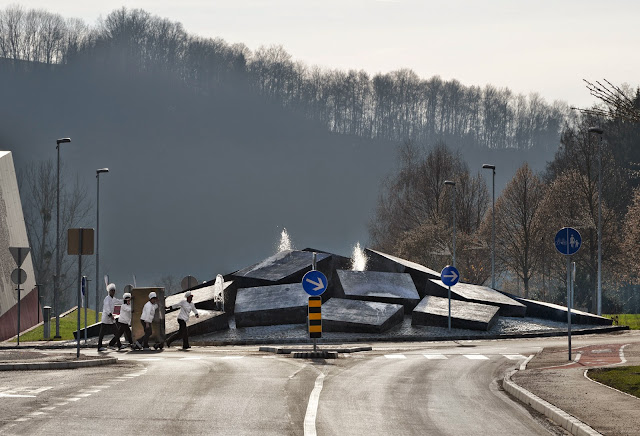 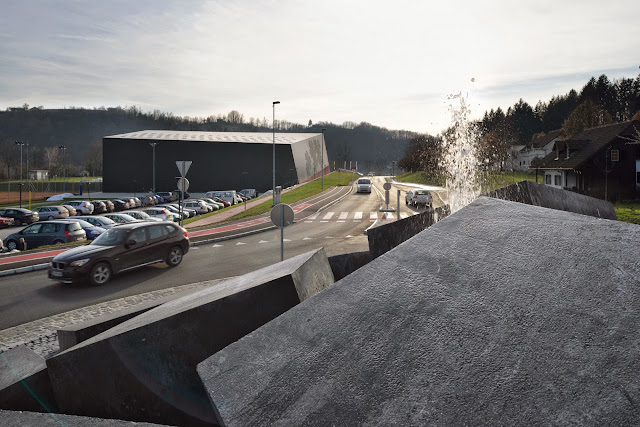 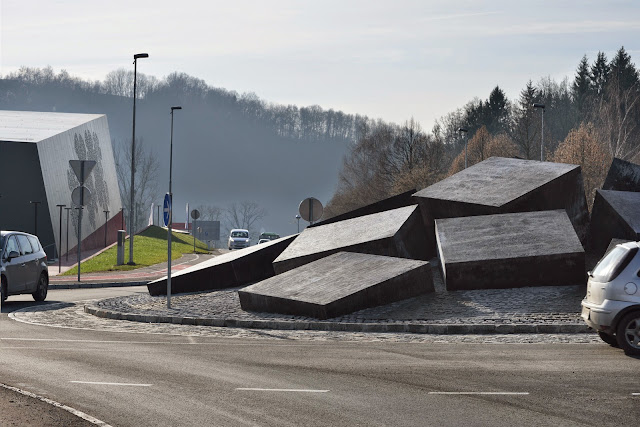 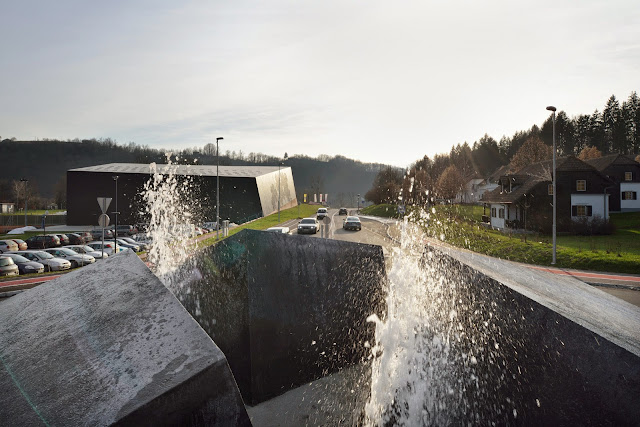 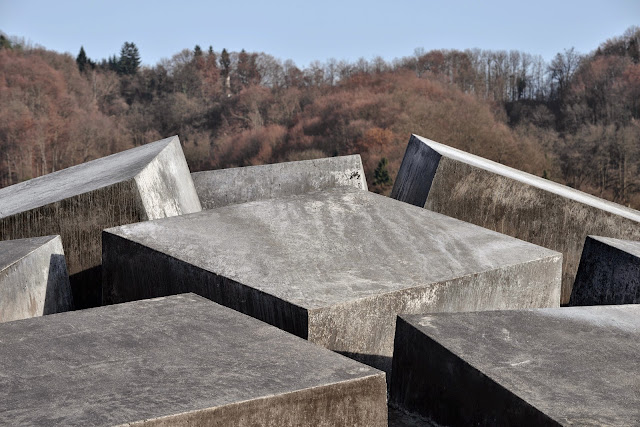 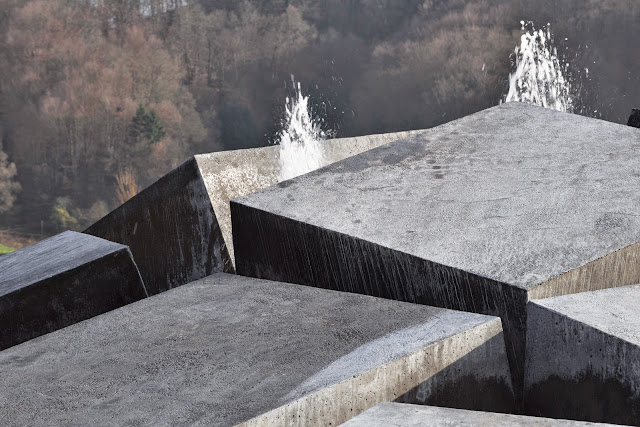 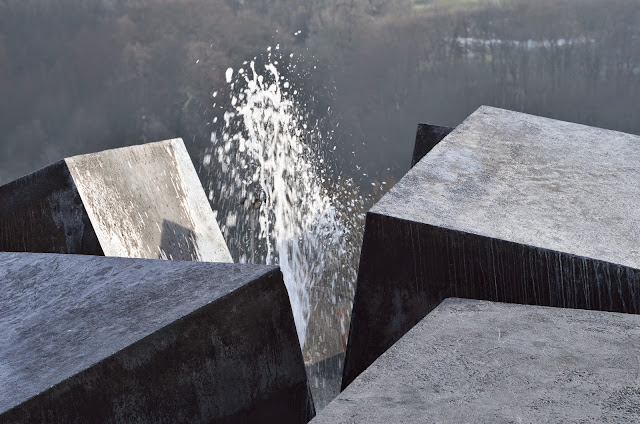 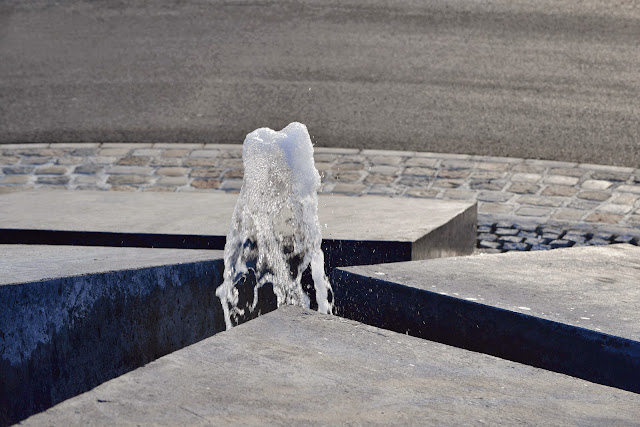 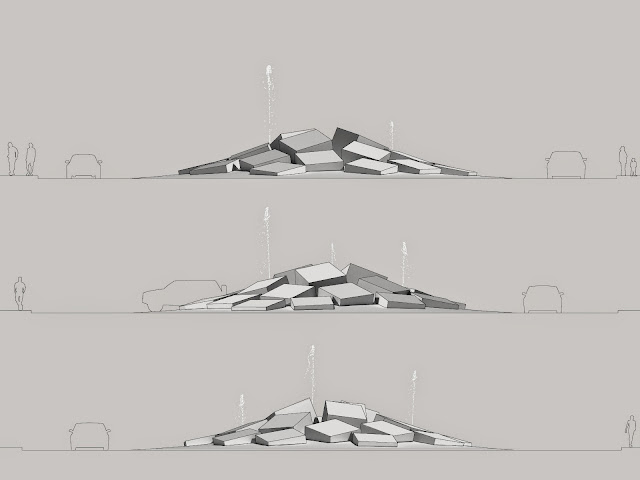 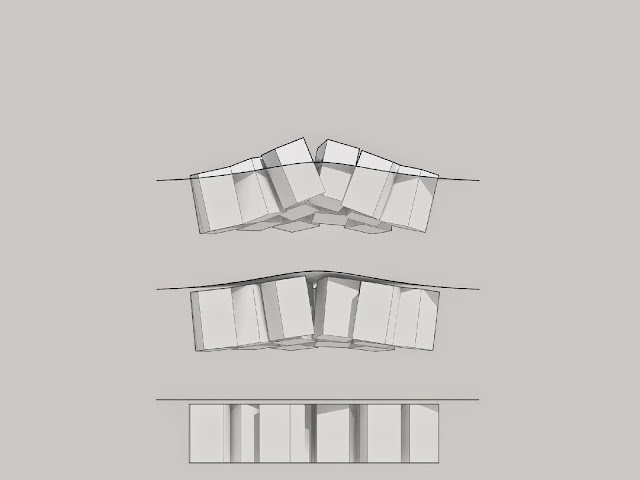