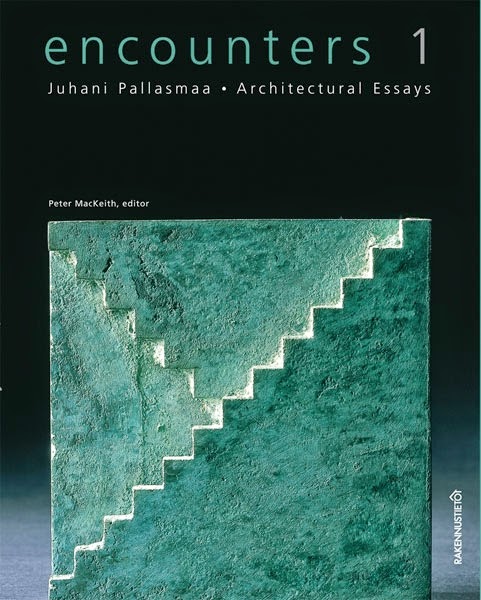 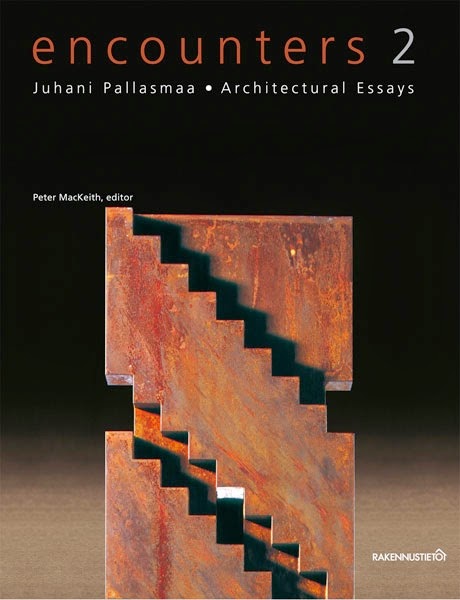 Finnish architect, educator, and author Juhani Pallasmaa's most well known book is The Eyes of the Skin, an argument against the privileging of sight over the other senses, and of visual imagery over other ways of experiencing architecture. His case is a strong one that has rightfully made the book a standard text in architecture schools. It is actually the first part of a trilogy of books focused on the "study on the role of the senses, embodiment and imagination in architectural and artistic perception, thought and making"—the other two are The Thinking Hand and The Embodied Image.

Students and architects are better off with the books and numerous essays Pallasmaa has been writing for the last few decades. His honest explorations of architecture through the lens of a practicing architect in Finland, a worldly educator, and a voracious reader of literature, philosophy, science, sociology, psychology, and other "non-architectural" subjects are a sane alternative to the shallow and easily digestible architectural media that prevails these days. Pallasmaa's calls for meaning, poetry, and heightened experience run counter to an emphasis on form and novelty today, but they're also refreshing for not being wedded to stylistic tendencies or theories; allegiances are not as important as strong conceptual frameworks that orient themselves to "the defense of the authenticity of human experience," what Pallasmaa sees as one task of architecture.

The two volumes of Encounters (#1 was released in 2005 and reissued on the 2013 release of #2) collect approximately 50 essays in total, culled from articles and lectures, some not previously published (none of the content has been published in other Pallasmaa collections, it should be noted). Like Pallasmaa's books I've featured previously—be it the trio on the senses, The Architecture of the Image, or Understanding Architecture, which he wrote with Robert McCarter—these collections are highly recommended. The consistency of Pallasmaa's ideas and quality of writing is phenomenal. This is not to say they are static; rather they evolve slowly and subtly.

This evolution is not explicit, since the essays are organized thematically rather than chronologically. The first volume spans a larger time frame—about 25 years, from 1977 to 2003—and puts the essays into one-word sections that will seem "right" to followers (like me) of Pallasmaa: Sounding, Sensing, Inhabiting, Observing, Learning, Reflecting, and Time. Volume 2's essays fill about the same number of pages but span from only 1998 to 2011; the five sections will also seem right: Architectural Essences, Artistic Portraits, Meaning in Architecture, Architectural Portraits, Boundaries, and Architecture of the Arts. Each collection is introduced by interviews between Pallasmaa and editor Peter MacKeith that lend understanding to Pallasmaa's background and the continued evolution of his writing.

Reading the essays in these collections—be it in order, by themed section, or randomly—many ideas recur, reinforcing how Pallasmaa is using his writing to explore ideas and establish positions. For example, he articulates various ways of defining the "task of architecture" without repeating the same thing. His definitions do not contradict each other; rather, they expand upon it and frame it in the context of the particular essay, itself a working out of ideas. So, it is equally valid that the task is "the defense of the authenticity of human experience," as noted above, "to create, maintain, and protect silence," and "the mediation between the world and ourselves, history, present, and future, human institutions and individuals, and between the material and the spiritual." These statements are not simply true or false, nor do they negate each other; like many of the ideas Pallasmaa promotes, they exist somewhere between subject and object, a place of truth that is in the interaction between things rather than the things themselves.

What I really appreciate about these and other statements by Pallasmaa is the way he is able to make the sentence the reader is taking in at any given moment the most important statement of all. This stems from his manner of making assertions but also in the way he crafts sentences, something I'd trace to his imbibing of literature. It would be hard to argue that most architectural writing is pretty boring, focused on saying something but not necessarily how. Sentences are the means by which a writer can hold a reader's interest and make ideas both understandable and pleasurable; Pallasmaa excels in this regard. (It is like comparing a non-fiction account of Frank Lloyd Wright with T.C. Boyle's The Women—the literary account is certainly more pleasurable.)

Another area where repetition occurs in Pallasmaa's essays is with the sources that continue to influence and infiltrate his writing. Followers will no doubt recall the way Borges, Bachelard, Merleau-Ponty, Rilke, Tarkovsky, Brodsky, Blomstedt, and Kundera are quoted in his essays, sometimes at length. Very rarely does an architect occupy such a central position in Pallasmaa's writing—only Aalto and more recently Steven Holl come to mind. It's not surprising to hear Pallasmaa say, "I recommend literature to my students rather than books on and by architects and designers," and, "I find that the rejection of the book as well as the lack of interest in the deep narratives of culture have catastrophic consequences for education today."

Like this last quote, much of Pallasmaa's writing is in response to some sort of bad situation today, be it in our schools, in our cities, in books, or in our minds. It's hard to choose essays that best summarize his positions, but one that is worth highlighting is "On Atmosphere: Peripheral Perception and Existential Experiences" from Encounters 2. It fuses Pallasmaa's ideas of existential experience, neuroscience, art, and literature, and takes them into a new direction: "Our capacity to grasp qualitative atmospheric entities of complex environmental situations ... could well be named our sixth sense, and it likely to be our most important sense in terms of our existence and survival." The essay makes me excited to see how Pallamsaa's writing will continue to evolve.

A note on the book design: Publisher Rakennustieto and its designers should be commended for carefully crafting two tactile and well-designed books. The covers have an almost leathery texture that is sensual to touch and inviting to behold. Within, the page layout benefits from a rational yet flexible design that gives equal weight and propinquity to the text and images. These two aspects make for a pleasurable means of taking in Pallasmaa's words and ideas.
Email Post
Labels: book-review rakennustieto