Last night Wang Shu spoke in the Great Hall at The Cooper Union, in a lecture sponsored by the school and the Architectural League of New York. His talk was titled "The Meaning of Time: An Alive Construction," and it focused on a few built projects ("Times Garden" and "Times Theatre," Ningbo History Museum, and Xiangshan Campus) and a couple in-progress projects that are illustrated below. Beyond the actual projects that he and partner Lu Wenyu are executing as Amateur Architecture Studio, he spoke a good deal about China's modernization and concomitant demolition—per Wang Shu, 90% of culture has been destroyed in the country's rush to be modern. I've been to the Great Hall many times, but this is the first time when the venue seemed appropriate to the crowd; about 600 people listened to Wang Shu speak for an hour, followed by 30 minutes of Q&A. 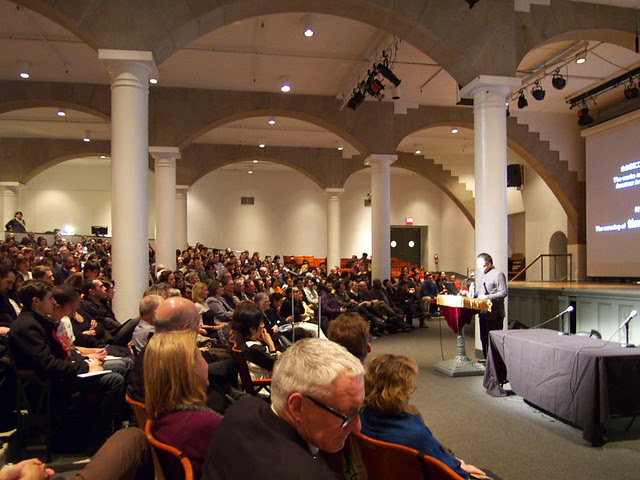 As the photo below shows, Wang Shu presented old Chinese paintings (left in the image, next to his Ningbo History Museum) as a means of interpreting the relationship between the artificial and the natural, between cities and countryside, between tradition and modernity. Yet, as the buildings of Wang Shu and Lu Wenyu indicate, looking at traditional sources for inspiration does not equate with building in a traditional manner—old materials, many of them reclaimed from demolished buildings, are used in unexpected ways. As he said, "I am not interested in the past and traditional things, but rather the difference between the past and the contemporary." The two projects that follow attest to this continued position, one that sets him apart from many of his contemporaries. 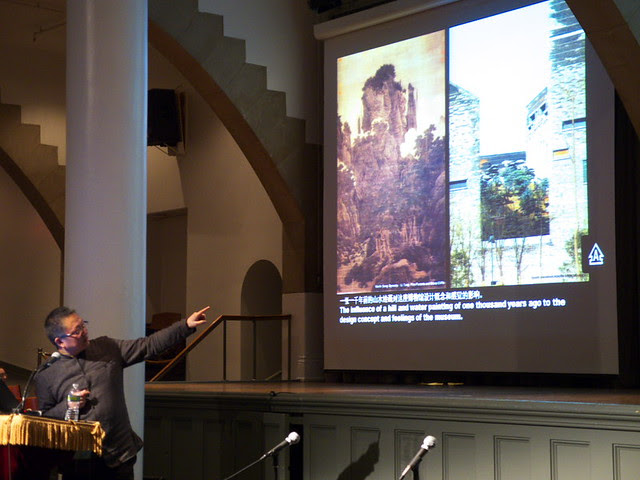 The "Shi Li Hong Zhuang" (Traditional Dowry) Museum in Ninghai, Ningbo, China, under construction and scheduled for completion next year: 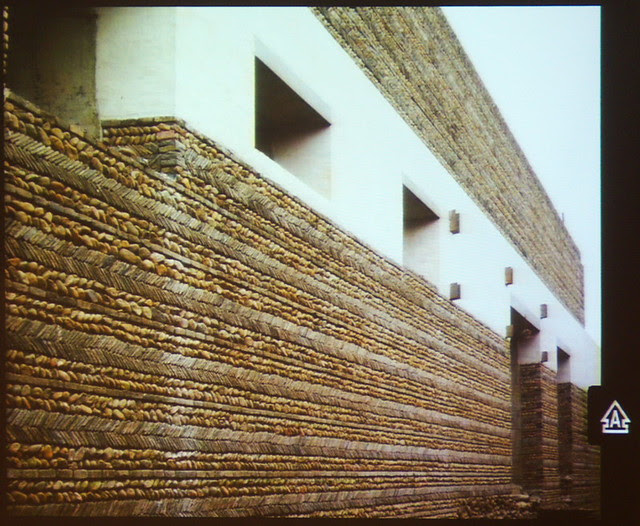 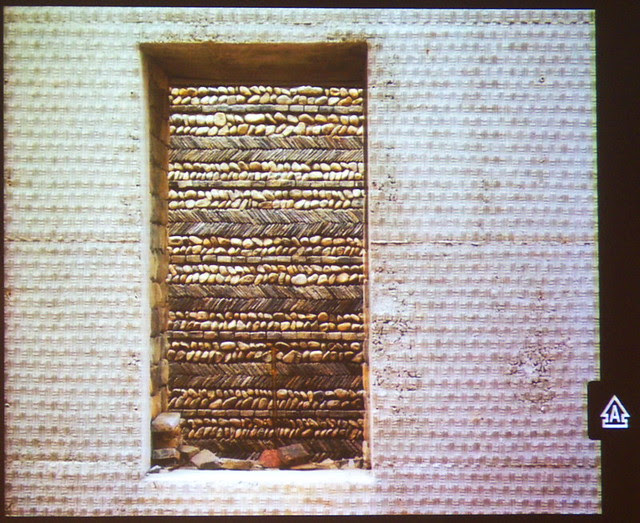 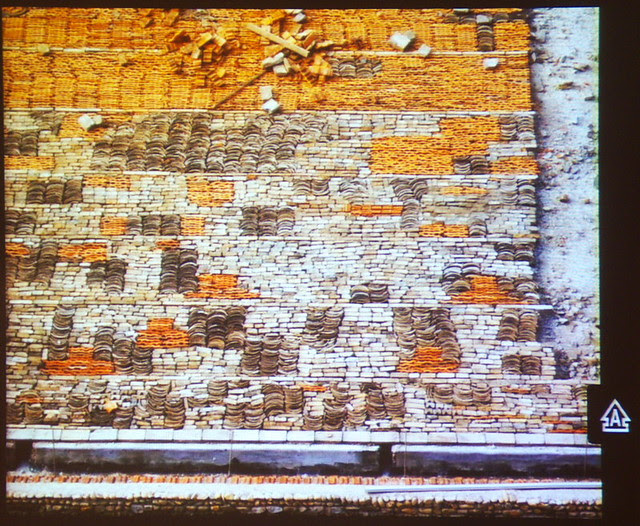 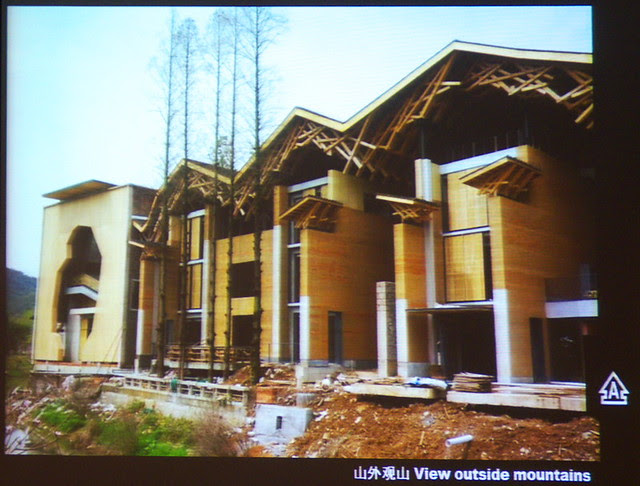 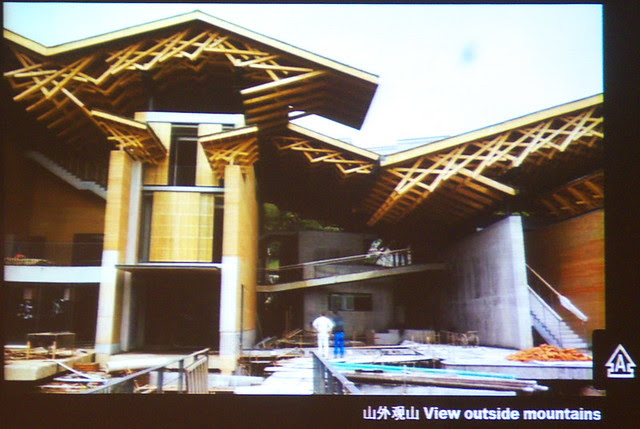 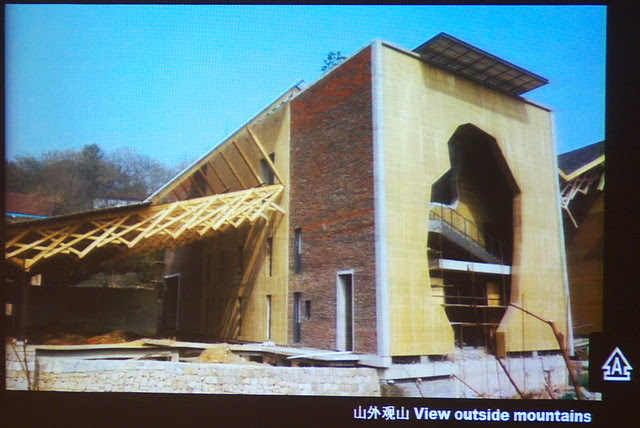