The year 2013 is a good one for architecture exhibitions, and a few of them are highlighted below through their companion books. Two of the exhibitions are on 20th-century masters, one is on contemporary architecture in a specific region, and one is on an artist who is greatly appreciated by architects. It's close to impossible to attend every architecture exhibition of worth, but these catalogs remind us that their impact extend beyond the short months (or years, depending on if they travel) the shows exist. 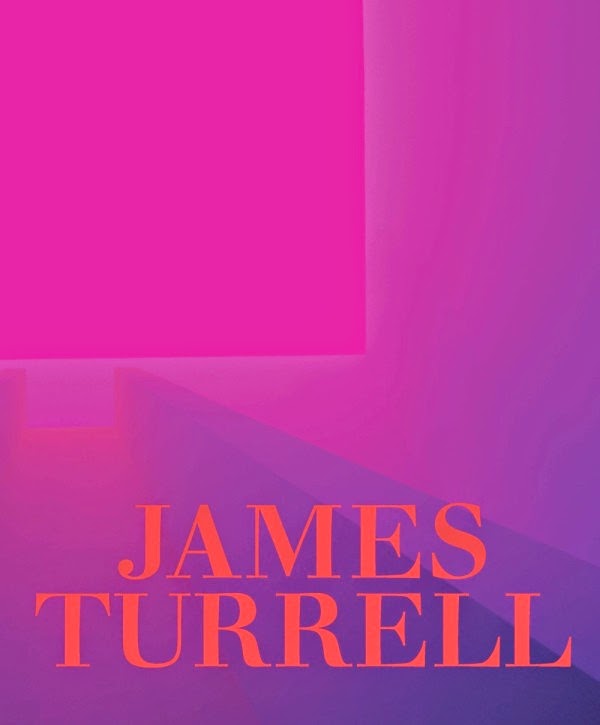 
Fans of James Turrell are being treated this year with three major exhibition on the artist: “James Turrell: A Retrospective” at the Los Angeles County Museum of Art (LACMA), “James Turrell” at the Guggenheim Museum in New York, and “James Turrell: The Light Inside” at the Museum of Fine Arts, Houston. To accompany the show at LACMA, curator Michael Govan has put together an impressive catalog with Christine Y. Kim that charts the artist's five-decade-long career and beautifully documents his “skyspaces” and other architectural constructions, most notably the ongoing Roden Crater project in Arizona.

Turrell's career to date is covered in ten chapters interspersed by four essays—two introductory essays by Govan and Kim, the others by Alison de Lima Greene and E.C. Krupp. Kim's essay is required reading, since it not only gives a biography of Turrell's life but also features his words through interviews; after direct experience, Turrell's work is best understood through his own concise but complex descriptions. The ten chapters focus on particular themes and types of works (painting in space, blind light, sky light, etc.) that end up tracing a roughly chronological path. This means that his ongoing work at Roden Crater in Arizona is found near the end of the book; logical, since it is the culmination of his years of working with light and perception.

The longest chapter is the one devoted to what Turrell calls "Skyspaces," typically one-room constructions with a square or circular oculus open to the sky. Skyspaces can be found all over the world, and they are the pieces that architects most appreciate because they are spatial but also transcendent. In addition to the many photographs in the book, architects should appreciate the occasional construction drawings documenting the Skyspaces and other installations. Like a magician’s secrets, they reveal what is hidden and what enables the spaces to be perceived in certain ways, while also illustrating how they are physical constructions that rely on particularly complex details.

Not surprisingly, Turrell’s installations and Skyspaces are best experienced firsthand (this points to the obvious recommendation to visit at least one of the museums holding a Turrell exhibition). They can be discussed and documented, as they are in this book, but that is hardly a substitute for the tangible effects that happen when sensing one of his works, ideally for long durations. That said, kudos should go to Florian Holzherr, whose large color photos grace most pages of the book and help to make it such a remarkable document of an artist worth all the attention.

(See also my slightly different review of the book at Designers & Books.) 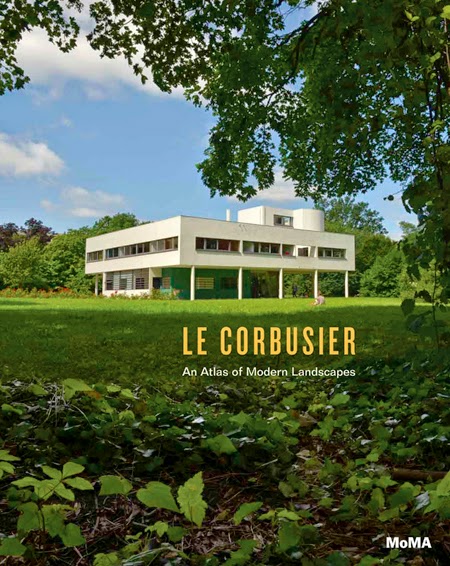 Reportedly the budget for Jean-Louis Cohen's major Le Corbusier retrospective at MoMA (amazingly, the institution's first) is around $1 million, yet "Le Corbusier: An Atlas of Modern Landscapes" is on display in the sixth-floor galleries for only three months (mid-June to mid-September). A good chunk of the budget, whatever the figure, most likely went into the construction of four full-size rooms that trace the Swiss-French architect's incredibly influential career. While the rooms are not immersive (one glances at them from the other side of a rope), they do more than most architecture exhibitions are able to through the usual drawings, photos, and small-scale models.

In book form An Atlas of Modern Landscapes becomes a much more academic account of Le Corbusier's career, rather than a catalog of the exhibition. Many of the pieces on display at MoMA are included in the book—Richard Pare's panoramic photos commissioned for the show should be highlighted—but most of the book is made up of texts by the likes of Cohen, Stanislaus von Moos (an editor of the Kahn book below), Mary McLeod, Barry Bergdoll, Anthony Vidler, Antoine Picon, and Mardges Bacon. This does not make the book any less of a contribution than the exhibition, but something different, something to be digested in pieces slowly over time.

Like the sequence of galleries in the exhibition, the book's chapters are geographical, which also relates to the chronological path of Le Corbusier's life: from his home in Switzerland, time spent in Germany, and travels in Italy and other countries, to his move to Paris and his increasingly larger and more international work in Africa, the Americas, and Asia. Each contributor then focuses on a particular building or city. Like Cohen's treatise for the exhibition, in general the essays examine the role of landscape in Le Corbusier's process, revealing that it was a concern, even though many interpretations describe him as a tabula-rasa-loving architect that ignored landscape. The exhibition and book may not totally undo such a view, but they add a hefty chunk of research to a complex and mythic figure. 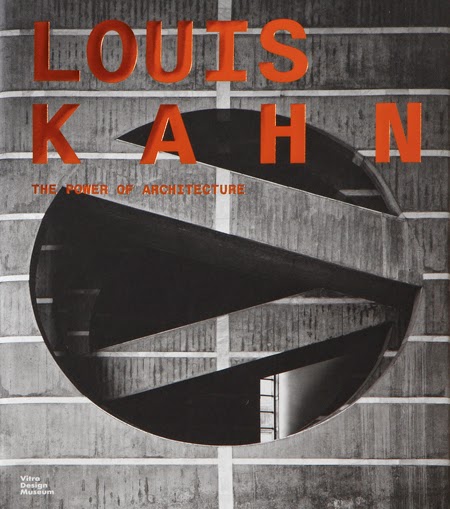 Like the Le Corbusier show at MoMA, Louis Kahn: The Power of Architecture, organized by the Vitra Design Museum in Germany, reconsiders the legacy of a master architect with new scholarship. The view of Kahn as a hinge between modernism and postmodernism gives way to a broader understanding of the architect based on six themes: City, Philadelphia as urban laboratory; House, regional building; Science, the world as structure; Eternal Present, ruins and archetypes; Grounding, earth, water, wind, light; and Group Form, the logic of assembly.

These themes are addressed in the dozen-or-so essays that make up the bulk of the book (most are text, but one is photography and one is a thorough chronology of important events in Kahn's life), a portfolio of Kahn's sketches and drawings, and a 60-page catalogue section that corresponds to the drawings, models, and photographs in the exhibition. Additionally, there are transcripts of interviews with some well-known architects—Frank Gehry (who designed the building the exhibition was housed in during the summer), Robert A.M. Stern, Denise Scott Brown, Renzo Piano, Peter Zumthor, Sou Fujimoto, and others—on how Kahn influenced them.

The whole undertaking attempts to elevate the status of Kahn alongside those of Corbusier, Wright, and Mies, getting over the early antagonism of architects like Peter Eisenman who said (I'm paraphrasing) "he ruined modernism." Most architects in the 20th century probably consider Kahn to be a great architect, aided by Nathanial Kahn's 2003 film My Architect, but as the inclusion of the interviews with contemporary architects makes clear, it's all about his lasting influence. Is it on par with the "Big 3"?

I'd wager that Kahn's architecture will continue its influence for a long time, given his idiosyncratic attempts at getting to the beginnings of architecture. The poetic constructions of his buildings are undeniable, and the fact he's being given this major exhibition in Europe rather than the United States or India, where the majority of his buildings can be found, points to an attempt to sway a population lacking in first-hand Kahn experience (he didn't build anything in Europe). The scholarly essays may not be sufficient for positioning Kahn right next to Corbusier, Wright, and Mies (a debatable goal, anyways), but the illustrations serve to reinforce the amazing talent of an architect important enough to have a project realized decades after his death. 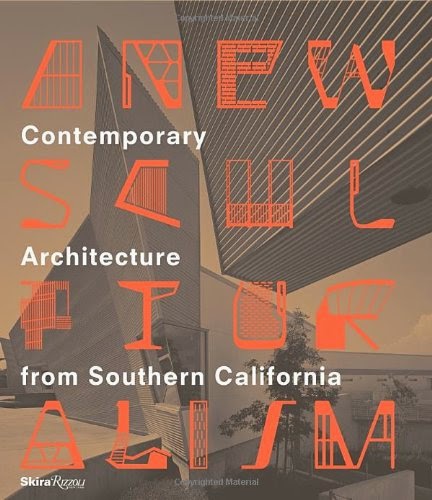 Even before opening at the Museum of Contemporary Art (MOCA) in Los Angeles, A New Sculpturalism was getting scores of press when Frank Gehry pulled out of the show, citing a lack of intellectual depth in the show. Cries of "No Gehry = No Show" followed, but Gehry eventually relented (to Thom Mayne, reportedly) and rejoined the show a couple weeks before its revised start date in mid-June (it runs until mid-September, like the Le Corbusier show at MoMA). Press also focused on the exhibition's large budget—it received a $445,000 grant from the Getty, the most of any component of Pacific Standard Time.

Yet I had received the companion book well before the controversy and the opening of the exhibition, a signal of how publications and exhibitions are strongly wedded these days (it's close to impossible to have one without the other)—but also how they are produced relatively independently from each other. The focus of the book, like the show, is on the architects that have reshaped Southern California and become some of the most influential practitioners and academics (a two-page spread at the back of the book actually maps the teaching engagements of the various architects) on a global scale: Frank Gehry, Thom Mayne, Eric Owen Moss, Michael Rotondi, Greg Lynn, Neil Denari, Michael Maltzan, and lots of others. Photographs of their projects are the majority of the visual material in the book; only renderings of proposed pavilions by emerging architects in and around LA allude to the physical reality of the exhibition.

The architects are presented through photographs of completed buildings (no renderings of in-progress projects) in Southern California and beyond. Their order in the book is apparently random; my best guess is age, since it starts with Gehry and ends with Ball-Nogues. But given the purely visual presentation, curator/editor Christopher Mount's introduction and the four essays interspersed between the architects (by Margaret Crawford, Johanna Vandemoortele, Sam Lubell, and Nicholas Olsberg) are especially important. A standout of these is Vandemoortele's "conversations with clients in Southern California." If the region is (still) seen as a bastion of what Eric Owen Moss calls "perpetual experimentation," then the openness of clients to allow architects to do so with their money is required. Or to put it another way, you can't have any "new sculpturalism" without somebody paying for it.