Worst Architect in the World?

I never thought I'd be posting a photo of somebody taking a shower, but Architect Magazine's item about a soap commercial with "the Worst Architect in the World" prompted me to do just that. I'll admit that for most of the 18-second commercial the guy is more of a contractor than an architect, but by the time we see why he's the worst, it goes by so quickly it's hard to see just how many screwy things are going on. So here's a screenshot: 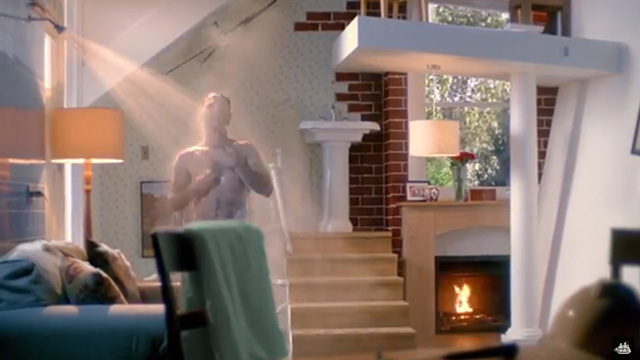