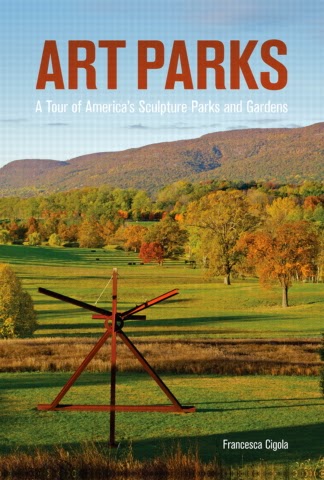 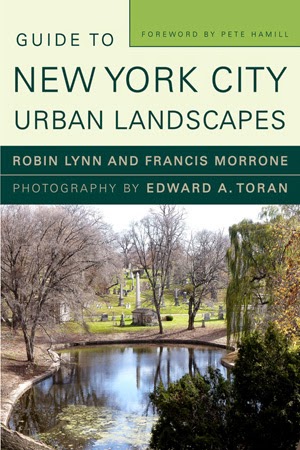 As I write this, summer—at least the months between the end of one school year and the beginning of another—is winding down. But it's not too late to get out and enjoy the outdoors in warm weather. These two guides, both focused on landscapes in different ways, are invitations to do just that.

Art Parks calls itself "the first comprehensive guide to America's outdoor art spaces," and that seems long overdue. In a way, sculpture parks can be called the museums of the 21st century; they are art spaces that were prefigured by artists like Robert Smithson who transformed landscapes through large-scale earthworks. This guide is not limited to such types of art (the cover makes that known), but sculpture parks and gardens offer the potential to experience art through its juxtaposition with nature, and many artworks turn out to be site-specific pieces that heighten that relationship.

Think of a sculpture park or garden in the United States and most likely it's in this guide. That goes for my favorites: Laumeier Sculpture Park in St. Louis, the Nasher Sculpture Garden in Dallas, and the Socrates Sculpture Park and the Noguchi Museum in Long Island City, Queens. The entries are organized into three sections—leisure spaces, learning spaces, and collectors' spaces—and then geographically within each section. While a strictly geographical presentation would have emphasized the similarity of landscapes within a region, as well as potentially providing suggested routes for driving around different parts of the country, the thematic sections emphasize the relationships between host institutions, arguably not as important. Nevertheless one can easily use the guide to plan a trip in any part of the country, though it should be noted that the majority fall in the northeast.

Guide to New York City Urban Landscapes presents over 40 open spaces—most outdoors, but some indoors—in all five boroughs. Given the Bloomberg administration's continued and expanded transformation of formerly industrial waterfront into public parks, and the pedestrianization of streets like Broadway in Times Square, now is a perfect time to present a guide to these and other landscapes, new and old alike. Fittingly, given these transformations, the book is split into two halves: along the water's edge and inland. Eighteen entries are included in the first half and twenty make up the second half; each entry has a thorough description by either Lynn or Morrone, photographs by Toran, and directions on how to get there (many of the entries have maps, which—full disclosure—I made for the book). Helpfully, a "sampling of places to eat and drink where the space is right" rounds out the book.

Beyond the timely nature on the part of Lynn, who formerly organized walking tours for the Municipal Art Society (for which Toran often accompanied as a photographer), and Morrone, an architectural historian with many books to his name, the book's value lies in how the authors use each entry as a means of discussing issues larger than the geography of each place. It's not uncommon for an entry to receive X amount of words, with half of those about the specific place and the rest on issues spurred by it. For example, the first page of the two-page entry on the Brooklyn Grange discusses the popularity and benefits of green roofs in various applications, while the second page is about how it particularly uses a formerly industrial building in Long Island City as an urban farm.

Adorning the cover of the guide is a shot of Green-Wood Cemetery in Brooklyn. This is an important choice for two reasons: Green-Wood predated and influenced the design of Manhattan's Central Park, meaning it indirectly influenced just about every park in the ensuing 150+ years; and given that the cemetery is running at capacity and therefore reorienting itself as a cultural amenity, it is symbolic of the changes that happen within a city, even as its evolution is hardly typical. Just as the High Line points to one way the city evolves, so does Green-Wood. What these landscapes, and the rest in the book, are about in the hands of Lynn and Morrone is use, not just design. Yes, the design of the urban landscapes is discussed greatly (as are history, the environment and other areas), but the focus is on how people use the places, and the book is an invitation to use them even more.