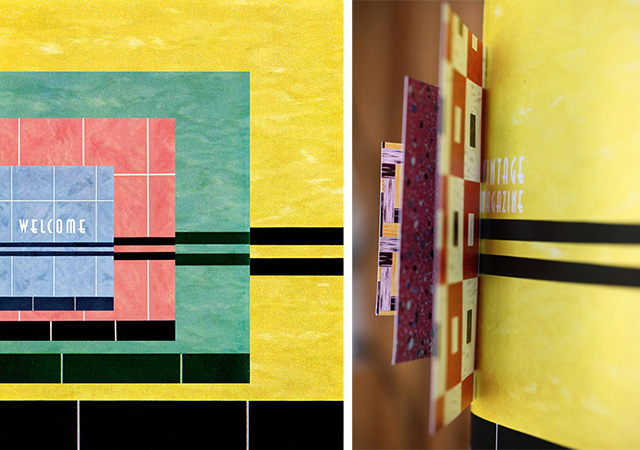 [All photos courtesy of Vintage Magazine]

Even before opening the fourth ("Quatrieme") issue of the biannual Vintage Magazine, it's obvious that something special is inside. The cover, designed by Chip Kidd, is a tile-like layering of progressively larger covers meant to recall linoleum, an intention aided by the smooth yet sticky coating on the paper. Inside, the magazine is a roller coaster of textures, colors, and formats that goes so far beyond the confines of the word "magazine" that if Vintage didn't call itself such the reader would assume it is a one-of-a-kind publication: a curio lovingly, and artistically, stitched (and glued and folded and pocketed) together. How many magazines, after all, come with a pop-up, much less one mounted on a removable chip-board booklet that can become a display object in the reader's home? 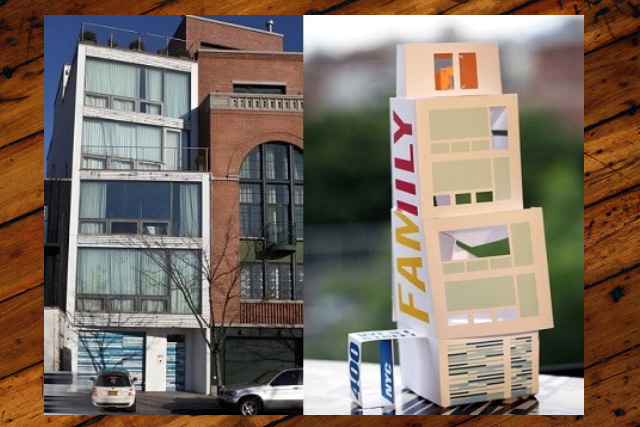 Vintage Magazine calls its fourth issue an "homage to architecture and home décor." This theme is filtered through Ivy Baer Sherman's overarching intention to "bring aspects of the past to the fore" (from an interview at UnBeige). The tour of Robert and Cortney Novogratz's pop-up townhouse at 400 West Street (a half-block from Richard Meier's tower at 165 Charles Street) is a good case in point. The modern (if unexceptional in that regard) building is transformed by the famous owners through the collision of old and new; most overtly, the facade is collaged with salvaged wood to subtly transform its street presence. 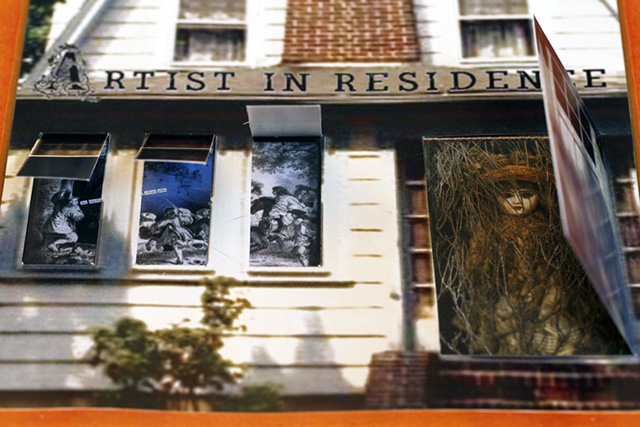 Other highlights that insert the past into the present include Lisa Birnbach's argument for "living with books" in the age of the eReader, Joe Haddad's peek into Joseph Cornell's basement, Kristen Frederickson's love letter to the AGA stove, and Cathy Kaufman's investigation into "the vanishing dining room." Reading these and other gems in the Quatrième Issue is like a voyage of discovery, hardly the straightforward front-to-back experience of a traditional magazine. Surprises await on each flip through the issue (I didn't see the careful colored stitching, most noticeable between pages 88 and 89, until the third or fourth time), making it a reward to open, look at, touch, and occasionally read.
Email Post
Labels: book-review