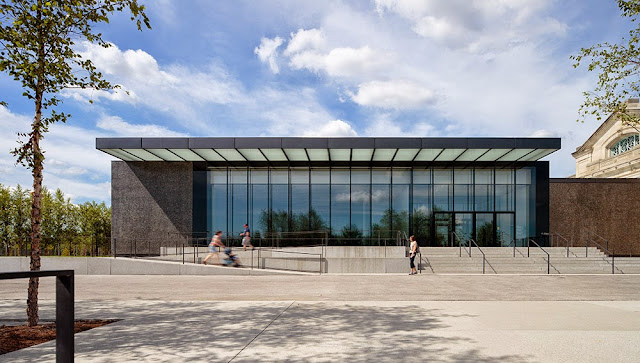 Many thanks to Aaron Dougherty for the photographs of SLAM's new East Building.

In 2005 David Chipperfield Architects was selected for the Saint Louis Art Museum's (SLAM) expansion. Two years later the British architect unveiled his design for the East Building, a low modern addition that quietly respects Cass Gilbert's Palace of Fine Arts, the only lasting building from the 1904 Worlds Fair and one of three buildings SLAM occupied to date (above- and below-ground expansions occurred in the 1980s). Due to the recession, it would take another three years for construction to start, and another three years for the project's completion. The $160 million, 200,000-sf (18,580-sm—more than half devoted to below-grade parking) East Building opened on June 28, 2013—free, just as it's always been.

The East Building's exterior is predominantly dark concrete and glass; the former provides a contrast between the light stone of the Main Building and the addition, while large openings of the latter frame views of Forest Park. The Panorama Restaurant looks north toward the Grand Basin, while different galleries reach out toward the other cardinal directions (see Level 2 plan, at bottom). Daylight entering the galleries is modulated through automated vertical shades wired to rooftop sensors. As we'll see, natural light is one of the driving forces of the design.

The plan of Chipperfield's addition (carried out with HOK as architect-of-record, it should be noted) wraps itself around the 1904 Main Building in an "L" shape, linking to the older building on its east and south sides. The plan further pinwheels through smaller "L"s, each end reaching out to frame the views mentioned above. Next to the restaurant on the north side of the East Building is a new entrance, but it does not replace the original entrance, which drops visitors into the grand Sculpture Hall. People have a choice of how to enter and then move through SLAM, but a difference between the old and new buildings happens through what is on display: the East Building focuses on contemporary art and special exhibitions (for which admission is charged). The larger galleries in the new building can accommodate larger pieces of art, one reason SLAM underwent the expansion.

If the exterior is dark and mute, the interior is light with the artwork coming to the fore. The windows that are visible from the outside are an important component in providing so much light, but not as important as the ceiling, made up of skylights inserted between 4'-deep (1.2-m) concrete beams on a 5'x10' (1.5mx3m) module. To eliminate any direct sunlight from entering the galleries from above, the infill between the beams is made up of four layers: a glass skylight on the roof, then an adjustable blackout blind, followed by a "halo" to block residual light, and finally a "light spreader" made of translucent resin panels. Also tucked above the bottom of the beams are downlights and exit signs, creating remarkably uncluttered galleries that are anything but generic.

Chipperfield's design could be discussed alongside contemporary museums by the likes of Renzo Piano and Allied Works—museums that filter sunlight from overhead into galleries that aim to serve the artwork—but a more fitting comparison would be with the public buildings and landscapes recently completed and underway in St. Louis. SLAM's opening of the East Building follows the reopening of the St. Louis Public Library's Central Library by about six months; Cannon's renovation similarly takes a beloved 19th-century building and makes it usable for the 21st century. Add to that Michael Van Valkenburgh's work on the grounds of the St. Louis Arch—especially the portion decking over the interstate to connect the Arch and downtown (on axis with the great CityGarden, another recent project of note)—and the city is finally making some great investments into its public infrastructure. 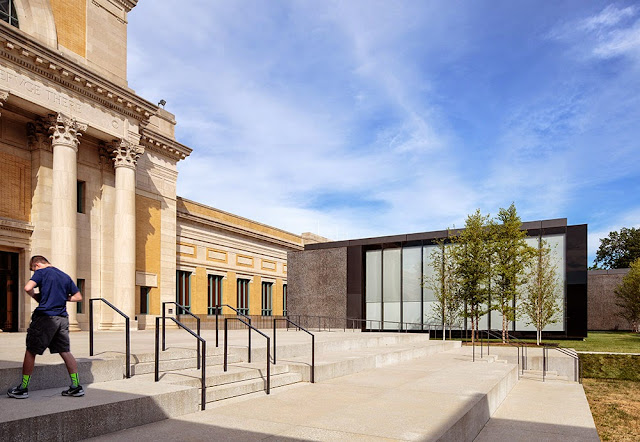 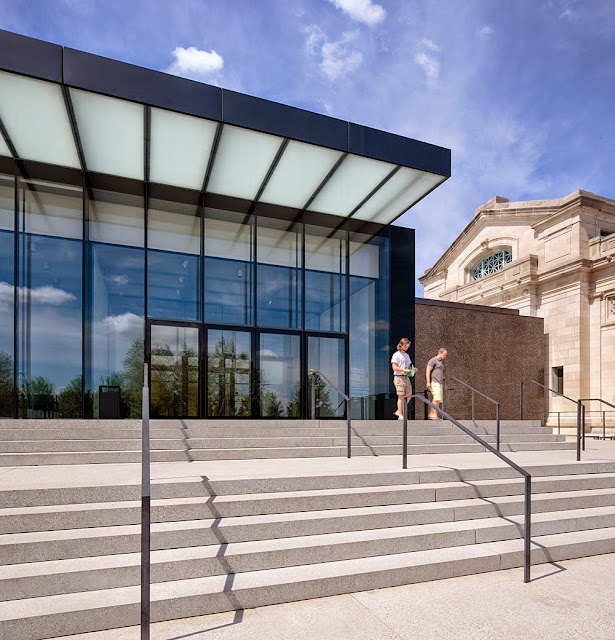 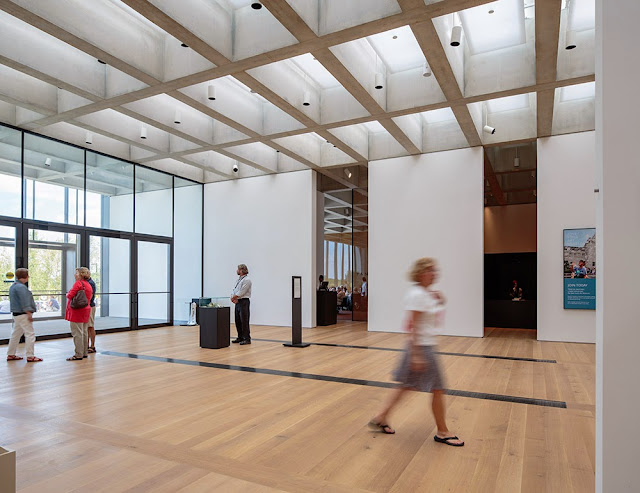 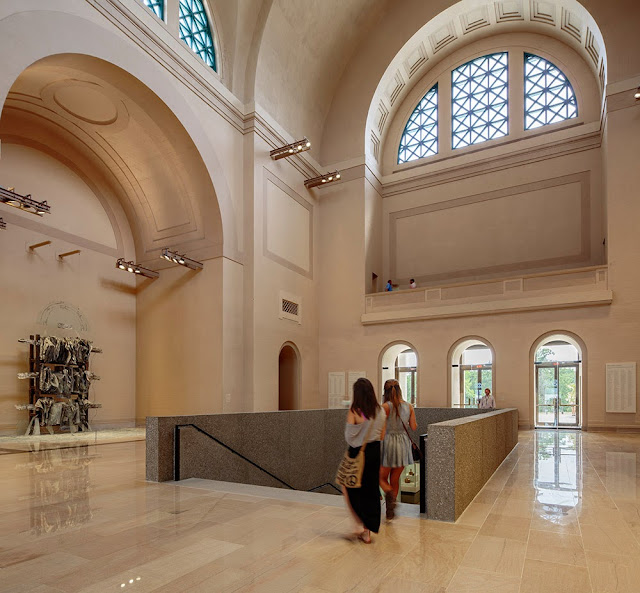 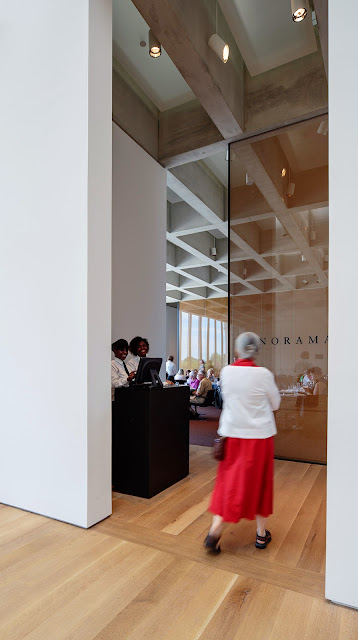 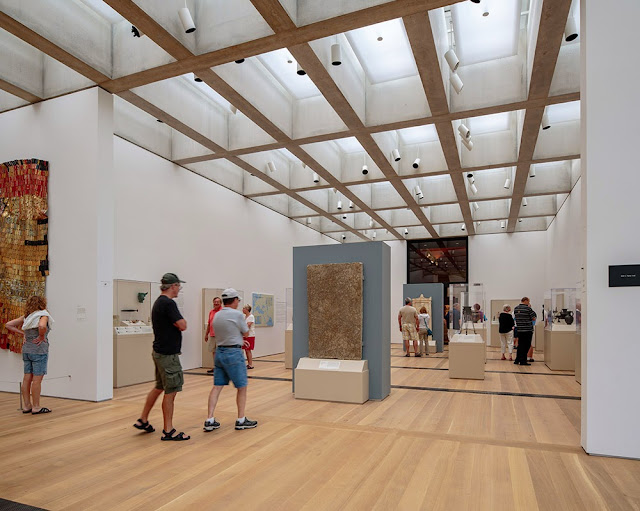 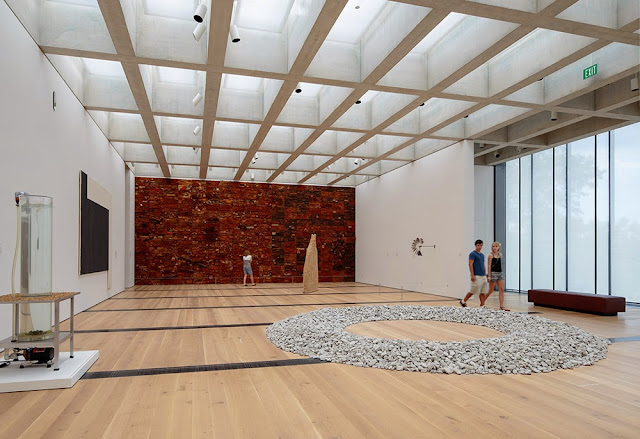 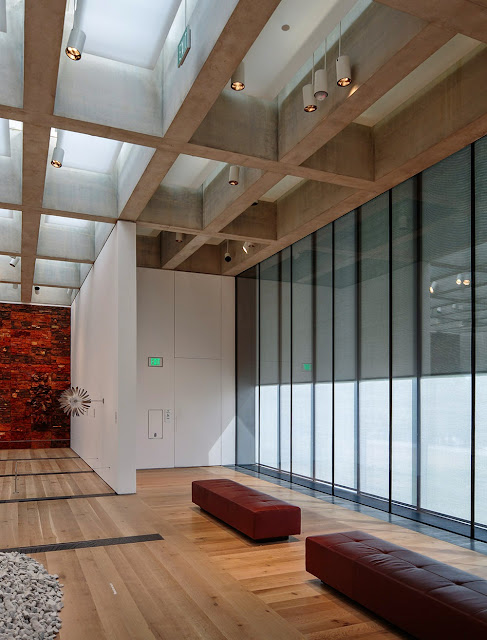 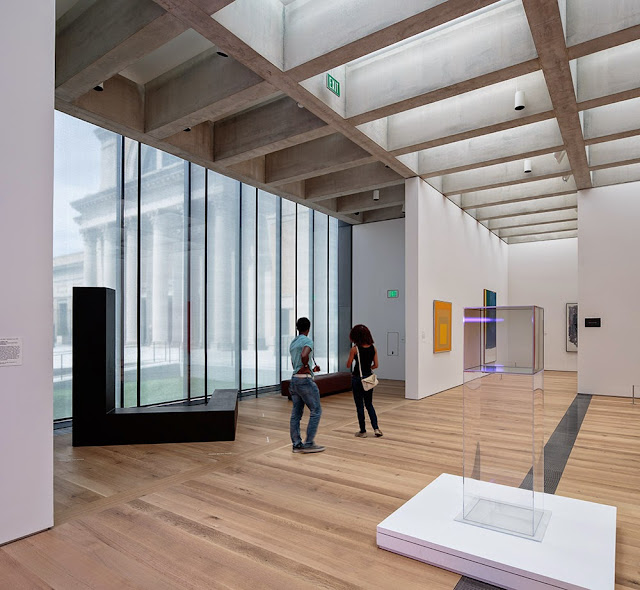 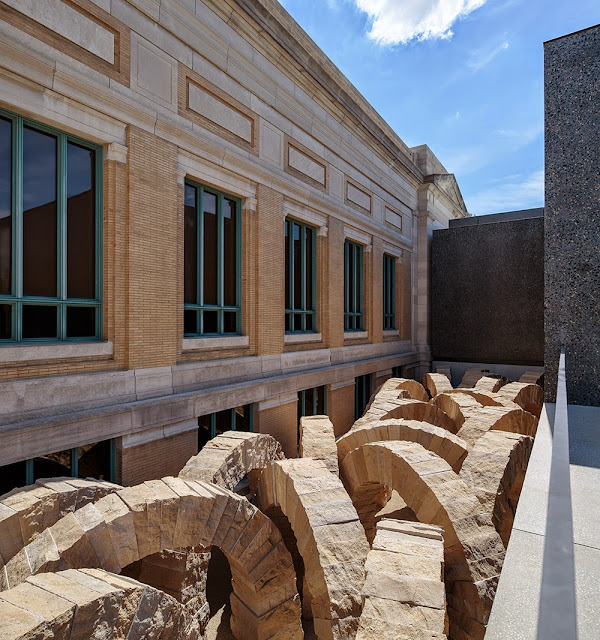 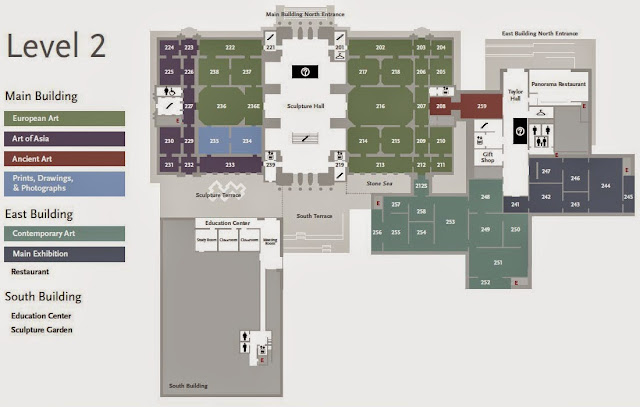