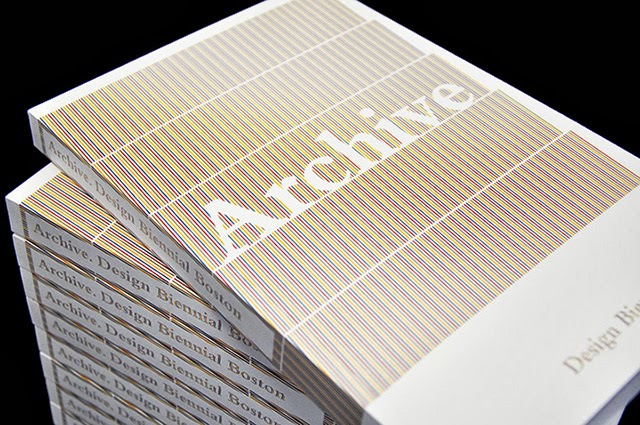 [All photographs courtesy of pinkcomma books]

In a recent eMagazine article I put together for World-Architects, a number of institutions responded to a short Q+A about "making architecture public." Exhibiting architecture, like making books on architecture, is ripe for questioning, as the communication of images and writings on architecture is increasingly spread digitally. But, like books, exhibitions aren't going away any time soon, because even as both suffer from the difficult task of trying to explain something large (a building, a landscape, a city) on a much smaller canvas, exhibitions offer a social aspect—bringing people together into one place—that keeps them popular.

One of the institutions that participated in the piece, Boston's pinkcomma, is an independent gallery that started as an extension of the architecture office over,under. The trio of Grimley, Kubo, and Pasnik wanted to, per the eMagazine article, fill a void in the city "between the critical exhibitions at universities—which were rarely focused on Boston—and the marketing-oriented displays produced by the professional organizations that were meant to engage the local community." Their creation of the Design Biennial Boston (DBB) in 2008, which included an exhibition at pinkcomma of ten emerging local designers, is an important part of a goal that responds to the strong institutions in and around the city (Harvard and MIT, to name just two) and how the people attending them are transient and have a focus elsewhere. The gallery and biennial put the focus on the local, something that may seem counterintuitive these days. 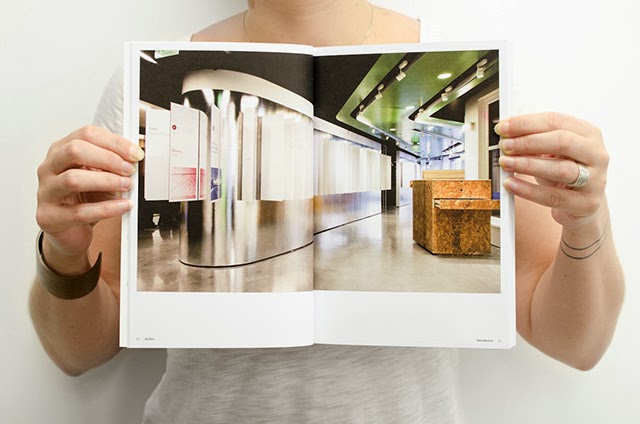 In 2012 the DBB moved to the newly opened BSA Space, a gallery component of the Boston Society of Architects, displaying all 19 winners from the first three biennials (photo above). Additionally, four of the winners created installations for the gallery, each one reflecting one of the four themes set up by the curators: culture, material, discipline, type. These themes are used to categorize the 57 projects (3 from each designer) that were displayed in the exhibition and are found in the pages of the companion book. The themes, like the "survey" portion of the book, enable cross references between the projects; this is fitting given the emphasis on creating an "archive" (of the exhibition's and book's title) of the designers and the projects that represent them.

The survey (photo below) does a decent job of contextualizing the DBB designers, showing where they work, where they teach, where their projects are, how much money they make, what software they use, how they get work, and so forth. The charts use a consistent format of white circles on black backgrounds; the more concentric circles, the more the designers have in common. One or two are unreadable (it's hard to tell at what schools the principals teach, for example), but overall they do a good job of straddling universal/global characteristics with local concerns. The latter make up much of the project archive—considering that just over half of the projects are in Massachusetts—but the local is also addressed in the "observations" section at the front of the book, which includes essays by the curators and a few academics. 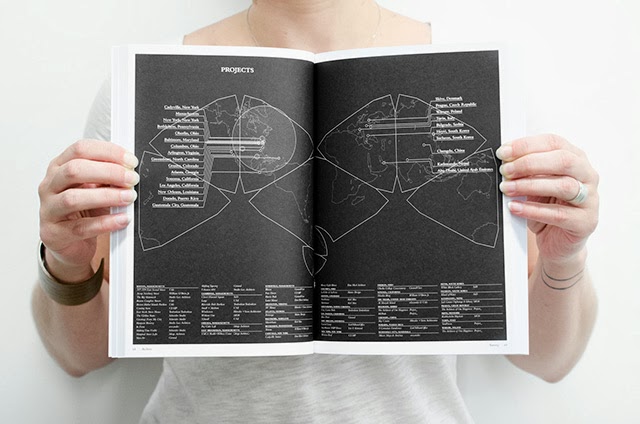 Like many exhibitions and books on architecture, the emphasis of Archive is on the projects. Short and sweet (one spread per project), the projects assembled here convey the quality output in Boston really well. Outside of the four themes it's difficult to find consistent threads among the projects; there is too much diversity to further partition them. One thing I found myself doing was focusing on the projects for Boston, especially those that attempt to reshape the public realm: C&MP's Coming Soon, a conceptual provocation for a downtown site; Touloukian Touloukian's Riverside Park Pavilion; and all of Utile's projects; to name just a few. The book is not limited to local designers producing local solutions, but there is something admirable in awarding and cataloging the achievements of those who decide to stay in and around Boston and take part in a growing and (from the outside) exciting architectural scene.