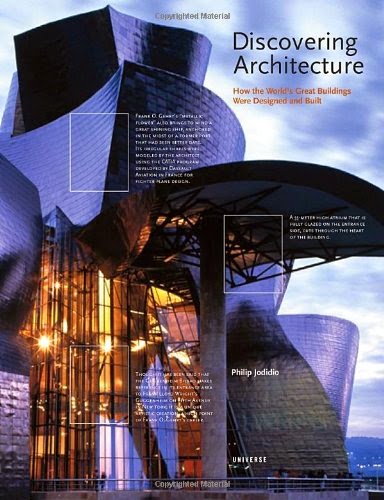 In an average year Philip Jodidio seems to churn out about a dozen books, easily the most of any writer on architecture. With Taschen and other publishers he focuses on contemporary architecture (the Architecture Now! series, for example), but with this recent coffee table book for Universe he reaches all the way back to the year 537 in a presentation of 50 important masterpieces. Actually, only 19 of the 50 buildings come after the 19th century, and only two of the buildings (the Millau Viaduct by Norman Foster and the National Stadium in Beijing by Herzog & de Meuron) were completed this century. Jodidio moves from the Hagia Sophia and Chartres Cathedral to Angkor Wat, Ryoan-Ji, the Taj Mahal, and other historical treasures (UNESCO seems to be the most oft-used word in the book, after architecture), followed by the Eiffel Tower, the Glasgow School of Art, the Seagram Building, the Salk Institute, and other modern gems.

The selection parallels other general interest titles on architecture (immediately it recalls a Time magazine special issue, Great Buildings of the World), but what it lacks in the originality of the selection it makes up for in the cleverness of the presentation: Each building is documented with a full-page photograph that is explained through a die-cut page with captions (by Elizabeth Dowling) corresponding to each window onto the photo below it. The cover gives some indication of how this works, but imagine that the area around the small white rectangles is gray, so the photo is not fully revealed until one turns the page. It's an inventive way of teaching laypeople and students about architecture, but it's also a means of educating them about how to "read" architecture through photographs, the preferred means of presenting buildings these days. And it's a good deal of fun, as there's a good amount of surprise in store at each turn of the page.