At lunch yesterday I sauntered over to the East River Esplanade, and noticing one of SHoP's little buildings nearing completion (and without my ever-trusty but now broken camera), I took a few shots of it with my dumbphone. The glass pavilion sits underneath FDR Drive and is steps away from SHoP's Pier 15, which opened late 2011 and can be seen reflected in the glass walls of the below photo. 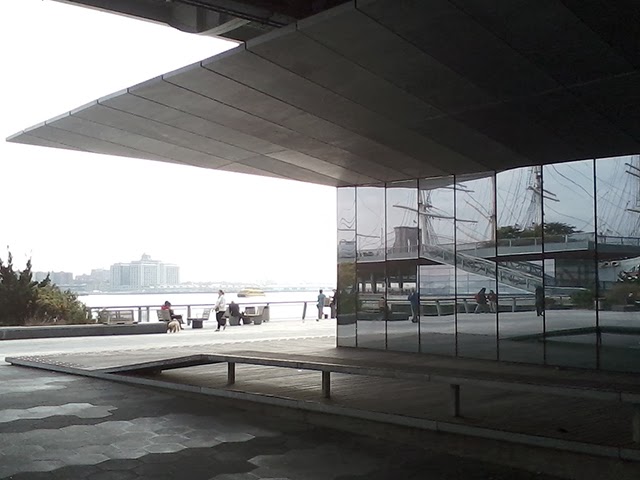 According to the NYC Department of City Planning: "These pavilions will serve community and commercial uses with their imaginative architectural expressions that will complement the public open space as well as return the vitality of the city to the water’s edge." 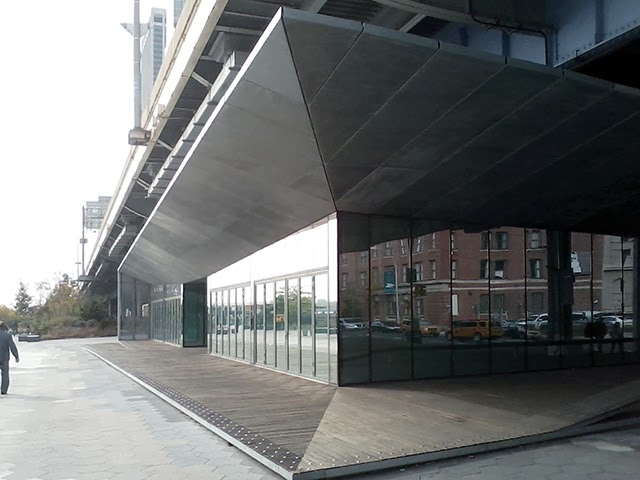 [Northeast corner of the pavilion]

The covered areas on two sides of the pavilion (facing north and east) indicate that the building could be used as a cafe or something that requires waiting in line. New York Harbor Parks indicates "recreational/sports facilities with equipment available for rental." We'll have to wait for a little while to see what moves in. 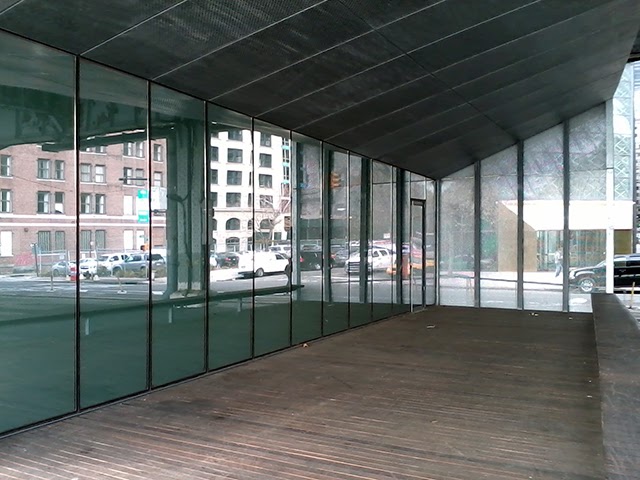 Unlike the abundance of wood at Pier 15, this pavilion limits that material to the L-shaped deck that is propped just a few inches above the surrounding pavement. In addition to the glass, the building is predominantly galvanized metal (aluminum would be my guess), which is used for the overhangs and much of the mainly solid south and west elevations. 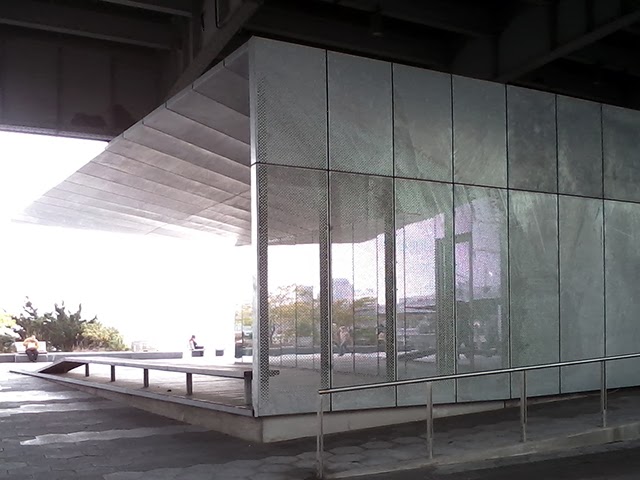 A nice detail happens at the end of each deck, where the galvanized panels are perforated to allow and views to penetrate. When seeing the pavilion from under the FDR Drive (below photo), these openings give a greater view of the esplanade and shoreline, enticing people to cross the still dark and dingy thoroughfare. When people congregate on these decks, the draw should be even more enticing. 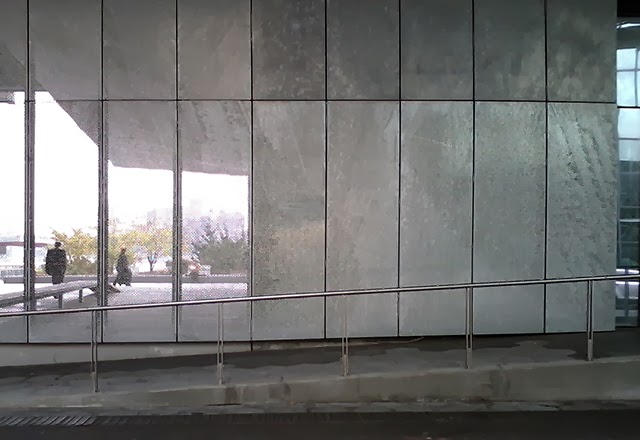