Who Made "an Avant-Garde"?

On Wednesday, November 13, the Cooper Union is screening Diana Agrest's The Making of an Avant-Garde: the Institute for Architecture and Urban Studies 1967-1984. If you're like me the IAUS brings to mind the journal Oppositions and Peter Eisenman. He can be found in the below photo as #4, but who are the rest? Who are these "makers of an avant-garde"? Feel free to comment with your guesses. 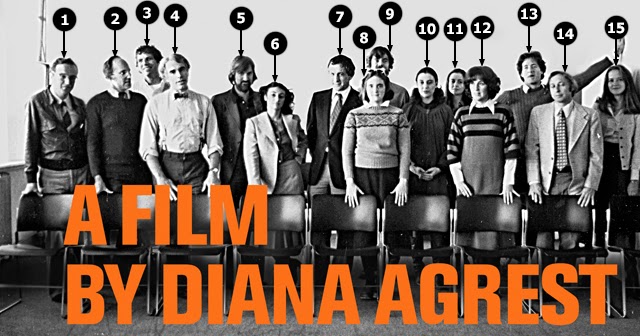 A couple hints: The graphic below (the bottom half of the film announcement from above, which I added the numbers to) and an Architect's Newspaper piece on an IAUS book, with a captioned photo of a ca. 1974 dinner. 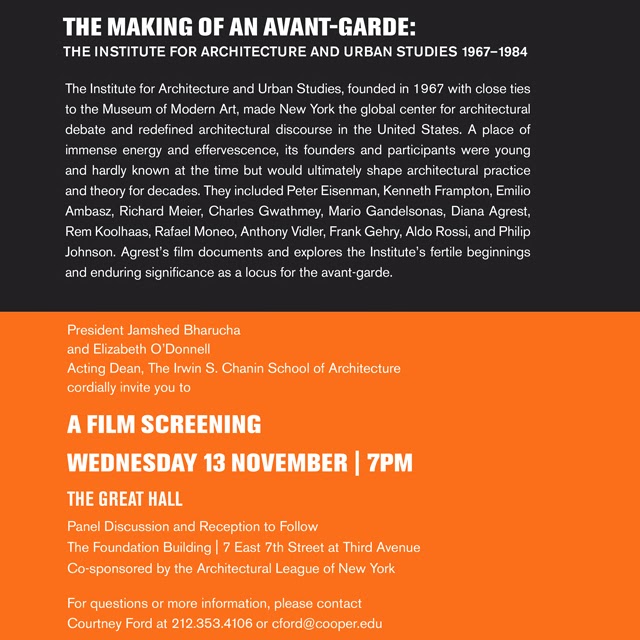