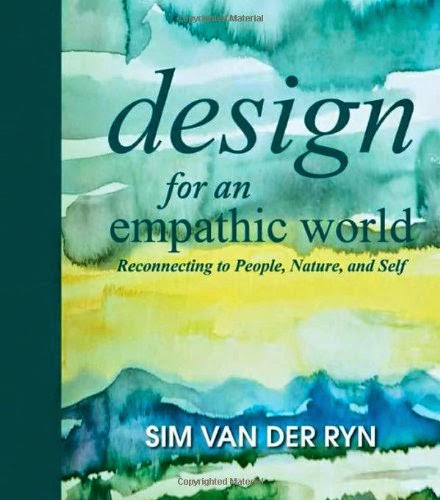 Fifteen years after the creation of the Leadership in Energy and Environmental Design (LEED) green-building rating system, it seems that sustainable principles are fairly well entrenched in architectural practice. What used to be considered a costly alternative to the usual materials and systems have become the norm in approaching the design of buildings. But do things like low-flow toilets, green roofs, and other elements within a point-based trade-off system really add up to truly green architecture? Are buildings meeting LEED Silver, Gold, or even Platinum really sustainable? The answer is increasingly "no," not only because the system is flawed but because terms like "sustainability" and "green building" have been co-opted by manufacturers, marketers, and others focused on the bottom line, to the detriment of really changing our ways and our built landscape.

Architect, author, teacher and self-described visionary Sim Van der Ryn's latest book exists to steer architects away from sustainable thinking based on things like LEED (he embraces the Living Building Challenge over all other rating systems), which paint an incomplete picture of our role in the environment, so they can foster a more holistic view toward what he calls human-centered and nature-centered design. Empathy is the operative idea in his argument (it is a highly critical book), and it is something that needs to be increasingly taught to children and even students in architecture schools to enable a greater shift than what has transpired in the last decade-and-half. It is easy to see that curiosity and understanding toward other people and the environment we are part of is lacking, given the dismal nature of much of our cities and suburbs, and the carbon we expand at an ever-more-increasing rate into the atmosphere, dire predictions or not.

Van der Ryn tries to convince readers that a turn to the inner self is required to foster empathy and to make greater connections with nature. He does this through a memoir tracing some of his experiences since he moved with his family from the Netherlands to the United States before his fifth birthday. These experiences are recounted in the book's six short chapters, primarily Lifetime Learning Design. But it's the two chapters – Human-Centered Design and Nature-Centered Design – that offer the most potential. In these chapters Van der Ryn recounts some of the projects he undertook as an architect, educator, and even State Architect (to Governor Jerry Brown) in California, where he lives to this day. Through these projects and the research based around them, the reader gains an understanding of how empathy relates to design, how an architect can embrace how the outcome of a building can positively impact people and nature. Not everybody willing to change their inner self will have the same path as Sim Van der Ryn, but by sharing his story he's given them something enjoyable to read (and look at, with his watercolors that are sprinkled throughout the book) while they search for their own paths.