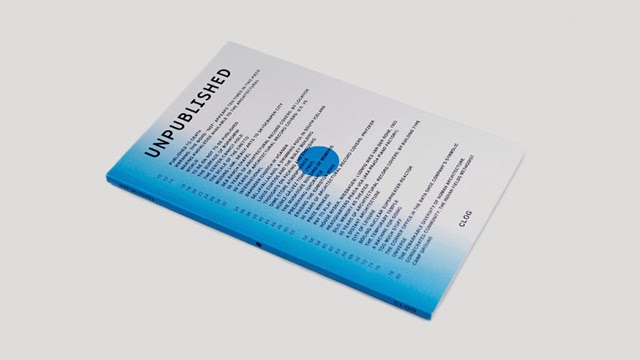 CLOG has been "slowing things down" since 2011, publishing 3-4 slim issues per year based upon themes that tap into contemporary considerations while being open enough to invite a wide range of responses. Even a topic as narrow as Apple sparked contributors to write about how design infiltrates much of the company's products and spaces beyond Norman Foster's Campus 2, which was in the headlines at the time of the call for submissions. The format of short (500-word) essays and a small page size with simple graphic design has stayed consistent across the now eight issues, but with Rendering I noticed a more active role of the editors in framing the topic through research and interviews. The same holds true with Unpublished, which charts the projects that made the cover of Architectural Record over the past half-century, and solicits a number of architectural critics to share their criteria for deciding what is worthy of publication. The latter is more successful than the former, something Suzanne Stephens, Deputy Editor of Record, touches on in her interview as she describes how the publication's covers are chosen for visual reasons over others, diminishing the importance of what the covers "say." 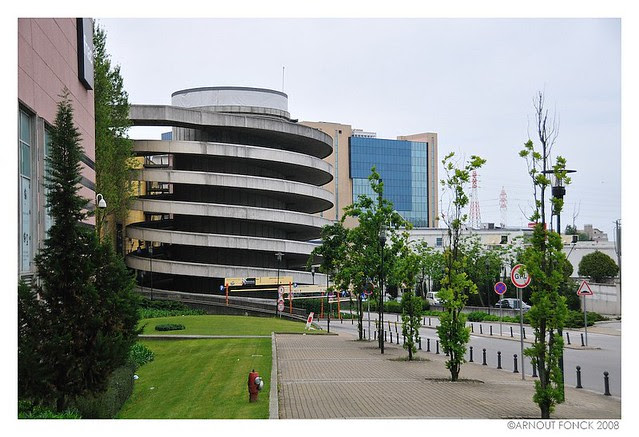 The theme of the newest issue is a treat to read because it is not full of the same projects by the usual suspects, though well-known architects can be found. Each project – if the essay focuses on one, as all do not – is a surprise, be it something new, something old, or even something no longer with us. Some projects are questionable for being labeled architecture (cruise ships, self-storage facilities, portable toilets, the International Space Station), but be it a lesser known project by a famous architect (Herzog & de Meuron's Prada NYC offices on West 51st Street or Eduardo Souto de Moura's Silo gallery, pictured here) or a building that didn't receive attention in its day, the general focus is on why the projects went unpublished. In the case of HdM's Prada project – the Swiss duo's first NYC project, it turns out, and one I didn't know about – it's a mixture of an unrealized second phase, the fact it is primarily an interior renovation, and that the architects and other players would rather draw attention to other buildings and spaces that are more in line with how they want to be seen. 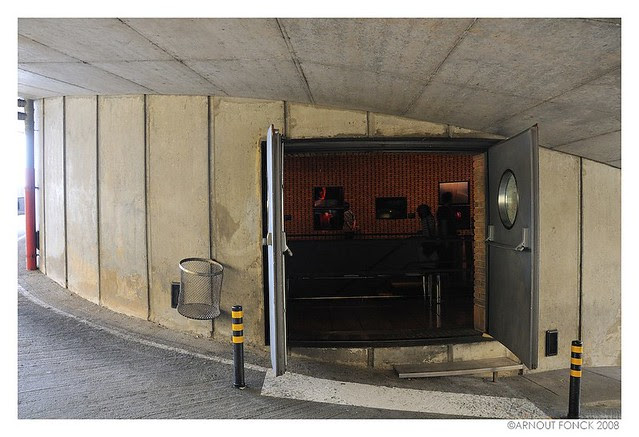 One of the projects missing from Eduardo Souto de Moura's 2011 Pritzker Architecture Prize citation (one of many considering the few projects highlighted for the prize) is the exhibition space and gallery housed in the middle of a spiral ramp serving the Silo Norte shopping mall in Matosinhos, Portugal. Projects like this are reason enough to buy Unpublished, but more so Silo is an invitation to embed architectural surprises within the city. Taking advantage of what could easily have become storage or some other service space, the architect created an oasis in an unlikely, and hard-to-find, location. Unpublished, perhaps, but hardly unimportant. 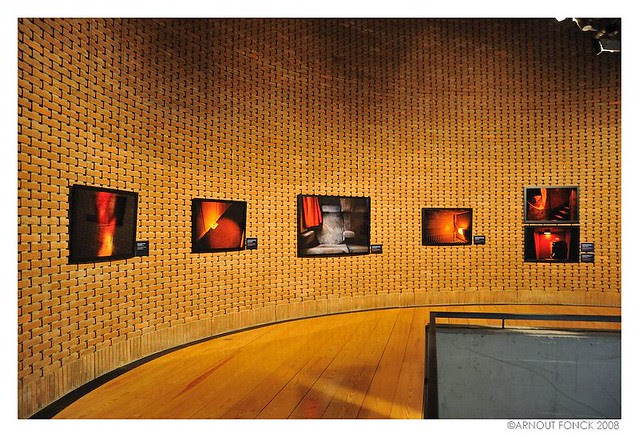