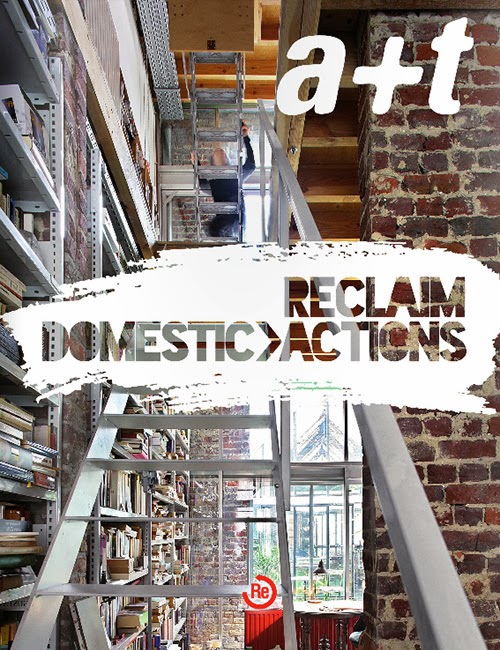 The latest magazine series from a+t focuses on strategies of "reclaiming." The series starts with a double issue called "Remediate, Reuse, Recycle" that is followed by a single volume that moves from the large-scale realms of the predecessor – landscapes, public spaces, buildings – to the domestic interior. It is a small step conceptually, given that the same broad principles unite the projects in each issue, but it is a large step in terms of scale and typology. Not only are the domestic projects smaller, they are all private whereas the predecessor featured almost exclusively public projects. One aspect of this is shift is that Domestic Actions should have a much broader appeal – to homeowners looking to transform their houses, not just architects and other designers. 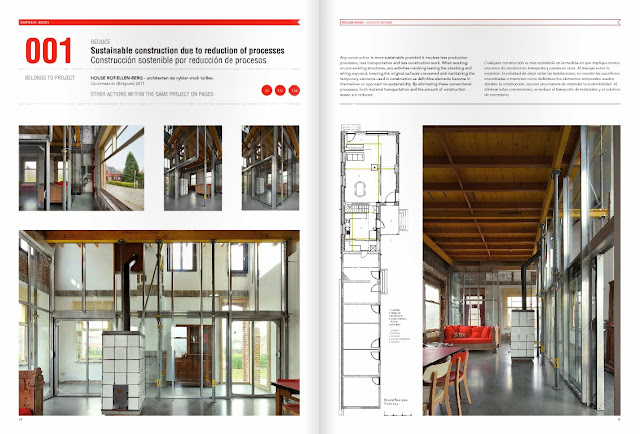 The 41st issue of a+t compiles 35 projects into four chapters – Reduce, Retrieve, Remove, Simulate. Above the name of the architect, the name of the project and its location in the contents is a sentence that describes the unique, numbered "reclaiming" property of each design. Many of these are fairly idiosyncratic characteristics, like "using agriculture netting as a false ceiling" and "envelope with rough-sawn solid wood shingles and boards," but when looking at the projects it's clear they are not one-liners. Even the project that "camouflages a door within a brick wall" has other treats. Therefore multiple lessons can be gleamed from each project through the thorough documentation that is a hallmark of a+t. 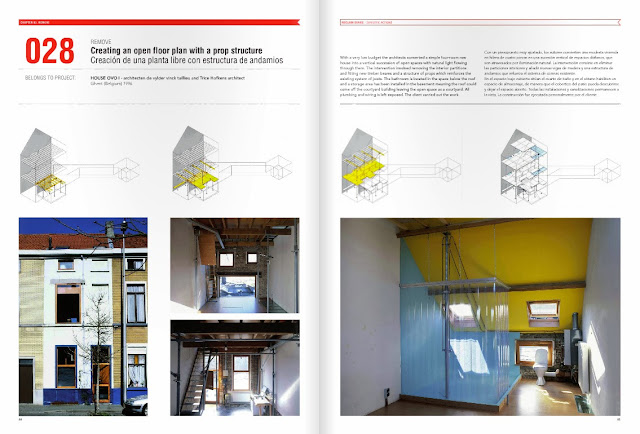 Still other projects are described in the contents with more (relatively) general applications, such as "converting a room into a courtyard" and "building wood flooring using reclaimed beams." The variety of solutions throughout the volume is tempered by a consistent trait of treating the existing as something that is both malleable and respected. The new interventions do not overwhelm the old, erasing their presence; nor do they treat the existing as sacrosanct, only to be touched lightly if at all. The inherited building is something that is of great benefit for its materials and history, but it should also be seen as a creative spark, something these projects all exhibit.