Today would be Mies van der Rohe's 128th birthday. This year Google did not opt to "celebrate" it with a doodle, but they did so two years ago:

I probably wouldn't have taken notice of this anniversary either, except for two recent projects – one built, one a competition – that both reference Mies in different ways.

First is the Allianz Headquarters designed by Wiel Arets and just completed in Zürich: 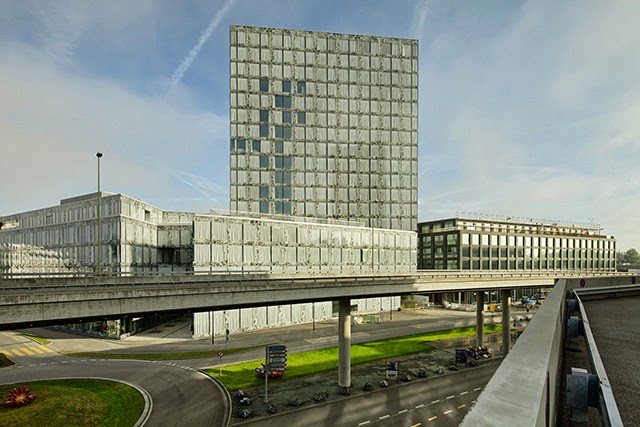 Per the website of the architect who happens to now head the Mies's Illinois Institute of Technology: "This new district’s master plan mandated that all building façades be composed of natural stone, yet it was chosen to frit this building’s full glass façade with an abstracted pattern of Onyx marble–from Mies van der Rohe’s Barcelona Pavilion." (my emphasis) 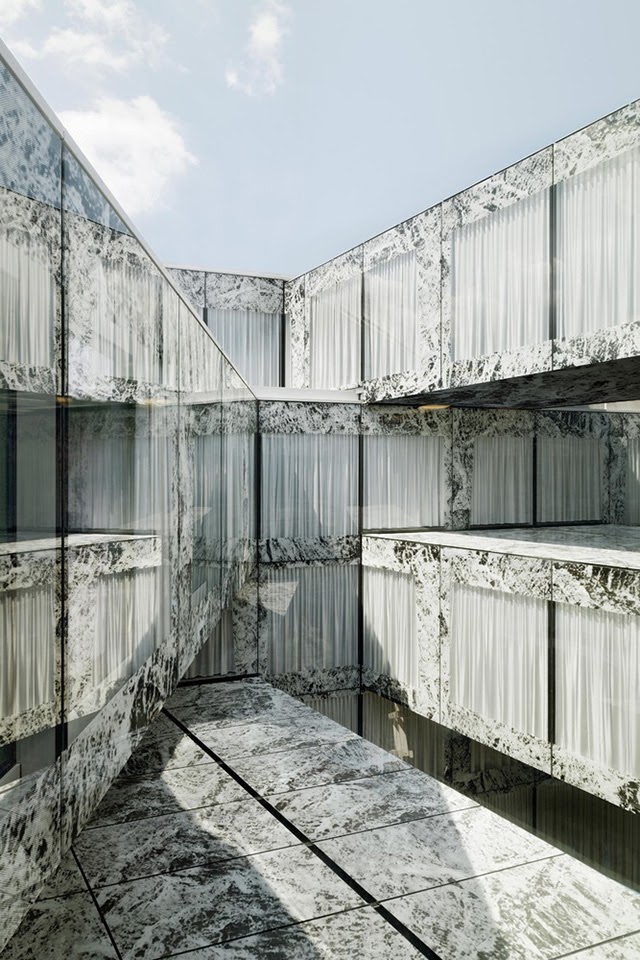 The second project is OMA's winning design for the Axel Springer media center in Berlin. Announced on the firm's website today, the design that bested former OMA employees Bjarke Ingels and Ole Scheeren includes a photo of the model next to a drawing of Mies van der Rohe's famous Friedrichstrasse office building proposed for Berlin in 1922: 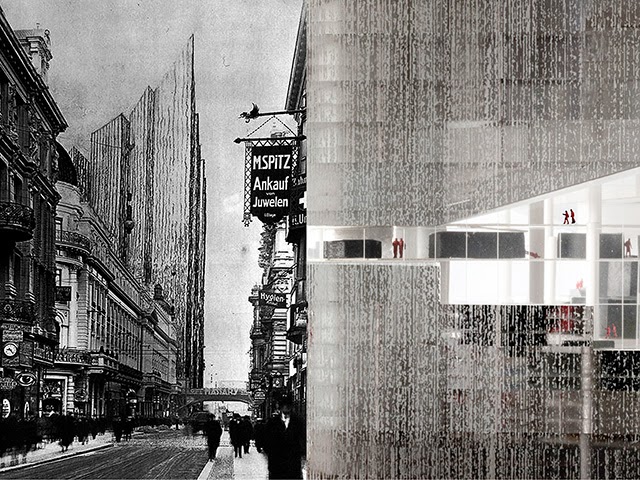 OMA's model appears to use the thick and wavy vertical lines of the all-glass triangular skyscraper as an image on its façade, much like Arets printed the Barcelona Pavilion's marble on the glass in Zürich. For decades, Mies influenced the forms of buildings, but if these projects are any indication, that influence has segued into graphics covering more complex (if still glass box) forms. These make me wonder if there is more "Mies worship" to come.
Email Post