Below are some photos from the tour yesterday, which made its way from the boat's slip at Chelsea Piers, south down the Hudson River and around the tip of Manhattan, up the East River to Roosevelt Island, and then back again in a large U-shaped sweep of the island.

Many of the tours depart around 5pm in the evening, meaning that the city is seen in the daylight and as the sun goes down. Seeing the city bathed in the orange glow of the sunset made it easier to brave the strong and chilly winds yesterday. In past tours the boat heads out to the Statue of Liberty first, but yesterday that waited until near the end. Therefore the congestion of Lower Manhattan (above) was particularly palpable as the boat motored by relatively close to shore. 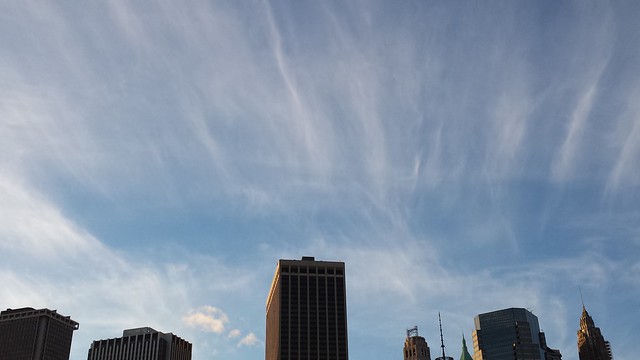 It must be said that being on a boat tour means sensing the sky (above) so much more than one typically does while navigating about the city. 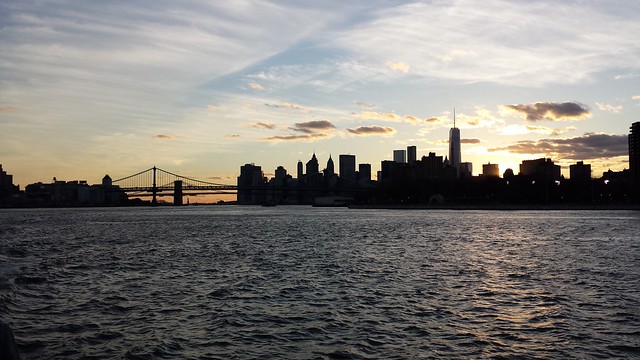 It also means that juxtapositions of one building or structure against another happens frequently...and quickly. Witness the 1-2-3 of the Manhattan Bridge, Brooklyn Bride, and Statue of Liberty below; it was there one moment (thanks to a tip of the tour guide) but gone a few moments later. 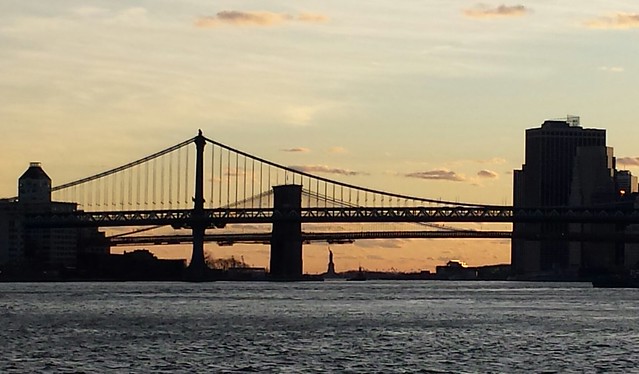 The same can be said of the Brooklyn Bridge fitting (almost in my photo below) between 8 Spruce Street and 4WTC as the sun sets in the same spot. 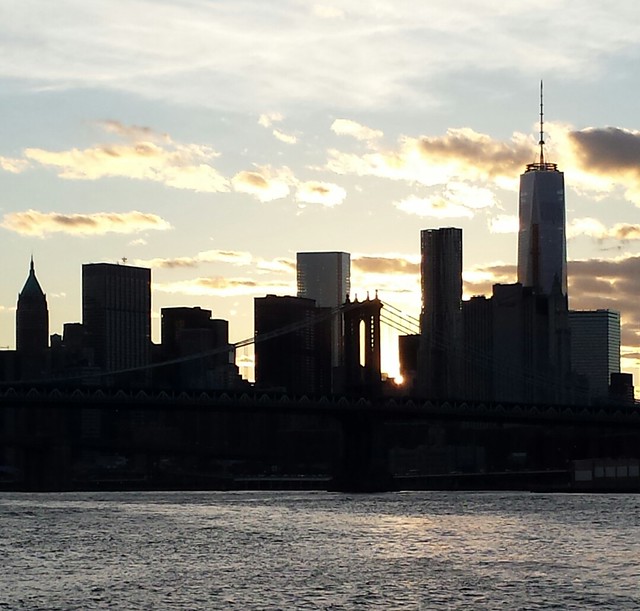 Yesterday's cruise was different than the others I had been on before (one of which I served as a featured tour guide) due to being in the bay when the sun went down. 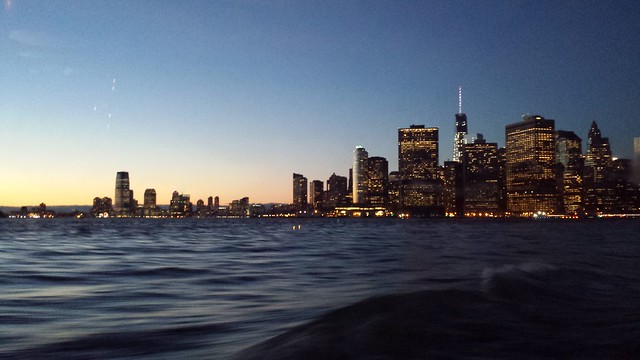 This made for some great picture postcard views of the Statue of Liberty and Manhattan. Too bad I didn't bring a good camera instead of just my phone. 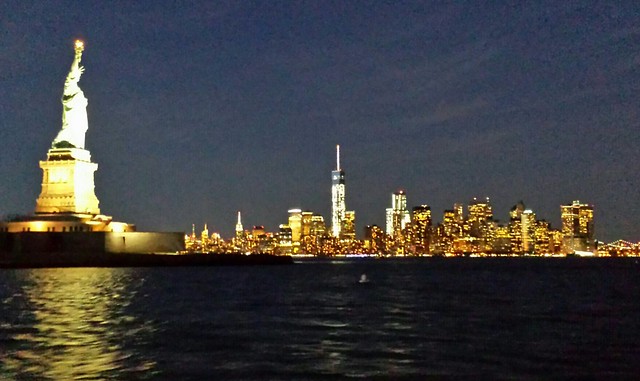