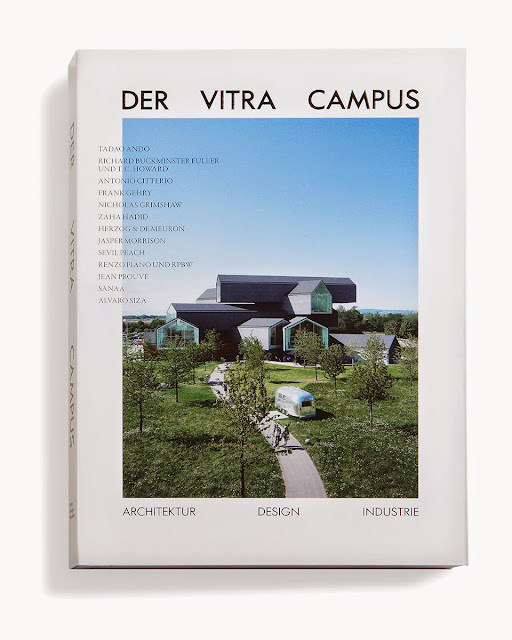 [Cover of German edition. All images are courtesy of Vitra Design Museum.]

When I traveled for a couple weeks after the completion of a semester in Italy in 1995, the first stop was in Weil am Rhein, Germany, to visit the Vitra Campus. Nowhere else in Europe could the density of contemporary architecture be found, particularly with buildings by Frank Gehry, Tadao Ando, and Zaha Hadid. Remember, this was in the days before Hadid won the Pritzker and had buildings opening at the rate of something like one per month. Yes, my friends and I missed the tour of the Fire Station literally by two minutes, but the experience of Gehry's Design Museum and Ando's Conference Center was enough to make the visit worthwhile.

Just shy of 20 years later I was able to return to Weil am Rhein, and in the intervening years the campus of factory and public buildings has been joined by Herzog & de Meuron's VitraHaus, a circular factory building by SANAA, and numerous small structures by R. Buckminster Fuller, Jean Prouvé, and Renzo Piano. These additions continue what started in 1981, when Vitra was forced to rebuild after a major fire destroyed about half of its facilities. In retrospect it makes a lot of sense that a company focused on furniture designed by important names would hire well-known architects to design their new buildings. That the place would become an important archi-tourist site in the middle of Western Europe (with a world-class design museum creating great exhibitions like Louis Kahn: The Power of Architecture, to boot) might not have been foreseen, but that fact justifies this new book from the Vitra Design Museum. 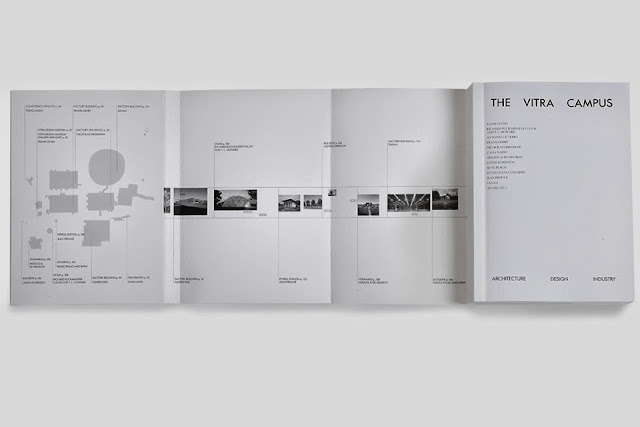 The first thing one sees when opening the cover is a simplified map of the campus with labeled buildings in gray against a white background. This map on the inside of the front cover folds out to reveal a timeline that continues to the inside of the back cover. So even before delving into book's introduction or its foreword, one has a handle on the geography and built history of Vitra; an understanding that does not require even a visit. Inside, the projects are found chronologically with color photos, brief descriptions, and a short bio and list of important projects on their creators. At the end of the book is Hubertus Adam's interview with Rolf Fehlbaum, Vitra's manager at the time of the fire and the main instigator of the campus's vision. Appropriately the interview is titled "The Client as Curator." 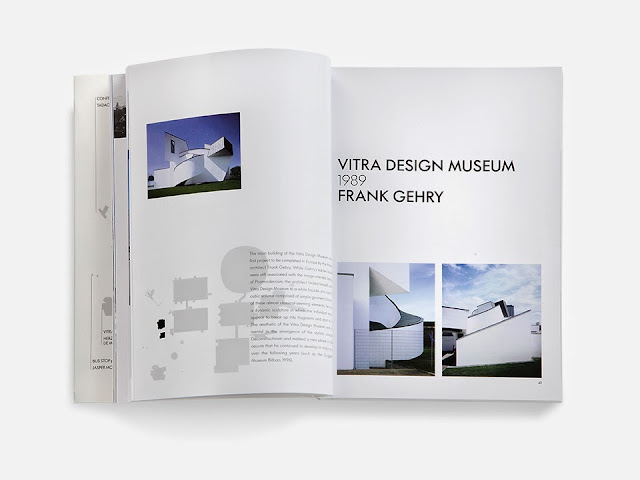 While the interview with Fehlbaum provides some valuable insight on the shaping of the campus, the rest of the book is not particularly deep. But it doesn't need to be. The book acts as a guide to the campus, but it is also a memento for those who were able to visit and a celebration for a company that has used architecture to extend its appeal and create a place the public can actually visit, unlike most factories. Some of the best illustrations are the photographs that depict the spaces where the public may not venture, such as the factory floor of the SANAA building; even more of these types of behind-the-scenes shots would have been welcome. After all architecture has the double role of making places (exteriors) and shaping spaces (interiors). This book captures how Vitra has embraced that role in the last 30+ years through a diverse assemblage of buildings.