It was 1994 when Samuel Mockbee and D.K. Ruth started Auburn University's Rural Studio, an undergraduate design/build program in Western Alabama. Since then the participating third- and fifth-year students have designed and built innumerable houses and community projects for the residents of Hale County, Alabama, in the process becoming a model for other university design/build programs in the United States and other countries. 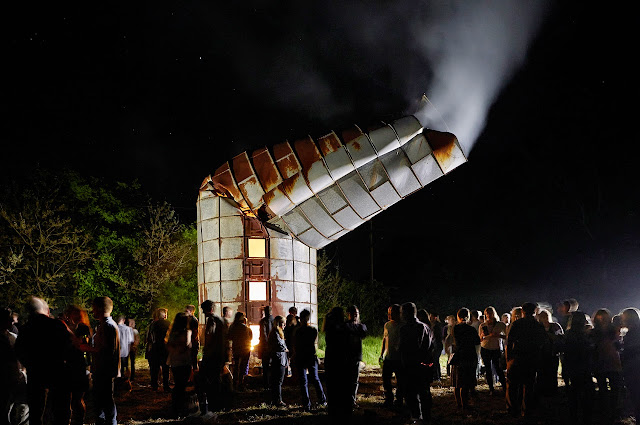 [Photograph courtesy of Timothy Hursley. For more on the silo, watch "SoLost: The Beauty of a Broken Silo."]

Lastly, this anniversary inspired me to profile the Rural Studio and nine other university design/build programs in the piece "Architecture Students Designing AND Building" for the World-Architects eMagazine. Rural Studio is certainly the most famous, but the piece also includes AA Design & Make, Studio 804, University of Tokyo's DFL, and Yale's Vlock Building Project, among others.
Email Post